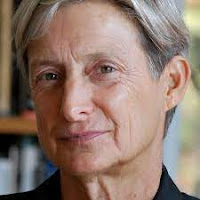 Judith Butler, is best known as the American writer and activist on Queer Theory, in area of sex, gender and sexuality, a theory that emerged from the postmodernist theories of Foucault and Derrida. It draws on Foucault’s interpretation of society as expressions of power through oppressive forces, in particular, the social construction of sexuality. She goes further in adopting the deconstructive techniques of Derrida to destabilise sex and gender categories. However, she denies even the term ‘postmodernist’ as yet another category that needs to be dismantled. In Contingent Foundations: Feminism and the question of Postmodernism (1995) she tries to take a position of extreme critical theory, where all is subject to critique, even the basis of the critical theory itself.

Butler pushes to as position beyond the words and categories normally associated with male, female, man, woman, heterosexual and homosexual and so on. ‘To queer’ is the active process of disrupting traditional categories to free us from its oppressive language and meanings. ‘Queering’ is the activism associated with this activity, often taking subversive and disruptive forms, like drag-queens. Queer theory sees both gender and sex as socially constructed. Woman is a performance that constructs a form of gendered reality, what she calls gender ‘performativity’.

In Bodies That Matter: On the Discursive Limits of ‘Sex’ (1993), she argues that ‘gender performativity’ brings into being, and reinforces through speech and reiteration, the fixed roles of sexuality. Gender is thus taught and learned by children and adults, from parents, in education and other social contexts. It is taught and reinforced by doing, through performative acts; behaviours, acts and speech.

In her hugely influential book Gender Trouble: Feminism and the Subversion of Identity (1990), she asks us to believe that gender is the product of a mass delusion, an almost behaviourist plot, where people are carried along by what she calls ‘discursive construction’ to play out roles that perpetuate binary, gender roles; male-female, heterosexual-homosexual. Language represents oppression not reality. Activist Queer Theory must escape these linguistic and performative constraints. This requires us to break free from fixed, normative, oppressive categories and behaviours. Genders must multiply and proliferate to break loose from both heterosexual and, in particular, masculine norms or phallogocentrism (a term taken from Derrida) that refers to the privileged building of masculine meaning.

This, for Butler, can only be done when we break up and disrupt the dominant performative norms and speech through the “subversive and parodic redeployment of power”. In acts like drag-queen performances, we introduce uncertainty and a degree of chaos into sexual matters, making people rethink their use of language and performativity.

It is not just parody, as prescriptions on language use are also promoted, even to the level of legislative change, in an attempt to change what is allowed and not allowed. This has taken the form of changing the use of pronouns. You can see this in Butler’s Wikipedia page where Butler is referred to as ‘their’. The movement also uses a growing list of self-identification and activist terms such as LGTBQIA2S+ (Lesbian, Gay, Bisexual, Transgender, Queer and/or Questioning, Intersex, Asexual, Two-Spirit, and others). Even biological sex is questioned under this dissolution of language.

Butler is often impenetrable and self-consciously, esoteric academic prose (she won a well-known Bad Writing Competition) distances her from ordinary language and life. Attempts to change pronouns are linguistically naive and the language of gender-fluidity gets lost in the endless extension of the LGBTQXYZ+... acronym.

It is hard to take a philosophical system that needs drag-queens at its vanguard, seriously but that really is what Butler, who has been called the Professor of Parody, suggests. Just as unbelievable is the rejection of biological sex. Butler argues, absurdly in the view of almost all experts in medicine and biology, that gender and sex are distinct and uncorrelated.

She uses postmodern techniques of deconstruction and turns this on the concept of ‘postmodernism’ itself. But in positioning Queer Theory as a critical approch to categories, normal language use and interpreted social and cultural phenomena, she pushes Queer Theory to the position of mere action and activism. There is no real defence of the theory as there is no fixity that can be defended. There is no certainty, boundaries or closure. This means that it clashes with defences of the feminist concept of ‘women’ as objects of oppression, also in the lesbian community, where female and lesbian are core concepts. Trans arguments that rely on that same binary language of transitioning from one fixed concept to another, can also be devalued. Queerness trumps all other categorised groups and becomes a theory for all and therefore none.

A theory that deconstructs its own methods, de-anchoring itself from any form of stable reality, wholly performative, yet dogmatic in its ability to form the basis for what everyone else should regard as new norms, including demands on new rules, rights and laws. Queer theory is indeed a very queer thing.

Butler’s theories have influenced fields well beyond her core work on sex, gender and sexuality. Her approach has been taken into other areas of moral concern in disability studies, fat studies and decolonisation. Many see her work as deeply destructive, as the activism it produces has led to the policing of language and behaviour, an attack on free speech and a doctrinaire campus culture, where canceling can be the result of such strictures. Others use her theories to implement what they see as oppressive language and laws.

Butler, J., 2011. Bodies that matter: On the discursive limits of sex. routledge. 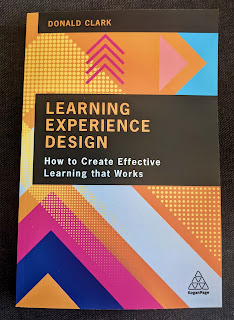