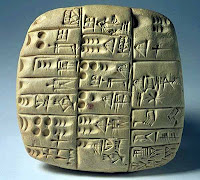 Subtle and sophisticated
A well-written piece of fiction or non-fiction leaves the learner to create images and reflections and possibilities, unpolluted by sounds and pictures supplied by others. It keeps the imagination free to create appropriate thoughts in learning and doesn’t clutter learning up with inappropriate items. Text is personal, which is why books are so dearly loved. Many sophisticated learners also prefer straight text delivery as they can read at their own pace, re-read for understanding and get absorbed in the structural or narrative flow. In other words, there are some audiences for whom text alone can be sufficient.
Flexible and searchable
Note that the alphabetic presentation of content in indexes, glossaries, lists, menus, dictionaries, encyclopaedias, and so on, is a feature of text itself. Rich storylines can also be text driven along with categories, themes and so on. In other words, information of many kinds is often best represented in text. We should not ignore the sheer extensive, subtle and sophisticated ways in which text quite simply gets the job done. Searchability is another simple but profound quality of text. The web is the web because of text. Google works largely because of the ability of computers to handle and sift through strings of text. Text is eminently searchable and it is this searchability that gives us unique access to the web, now the largest learning resource on the planet. Even searches for other media are mediated by text tagging.
Needs simple skills and tools
Reading and writing, despite obvious problems with literacy, even in advanced societies, are still widespread skills. In most jobs we expect the employee to be able to read and write. It is now commonplace to be able to use a word processor. Within this tool, text is easy to manipulate, spell check, grammar check and format. Specialist knowledge in the production of the medium is not necessary. The fact remains that in terms of learning, text is a medium that trainers, teachers, lecturers and subject matter experts know well. It is the easiest medium for learning professionals to deal with and produce. Therefore, in terms of resources, tools and skills it works well.
Easy to update
Text is also easy to update. Changing a text file requires little in the way of technical knowledge or specialist tools. Changing one word on a piece of voiceover can involve getting the voiceover artist in, recording the new audio file, using specialist audio tools, getting the sound levels right and getting it programmed back into the original e-learning programme. Graphics requires specialist skills in both design and the use of graphics tools, and animation or video can be even more complicated to redo and edit. The simplicity of text is a real virtue.
Cut until it bleeds
However, text is not always effective in learning. Several pieces of research point towards overlong text as being destructive in learning. Mayer, Bove, Bryman, Mars and Tapangco (1986) showed that too much text can reduce learning by up to 50%. The lesson is that text should be ‘cut until it bleeds’. A good editor will reduce text like a good sauce and the learner invariably benefits.
Written text not suitable for some learners
Text can also fail learners with visual impairment, those with low levels of literacy, and those for whom English is a second language. Many who do not read for pleasure find reading a daunting task. Some learners just don’t take to reading at all, preferring other forms of delivery. Neither can text cope well with things that need audio, graphics, animation or video in terms of understanding. In these cases it is advisable to climb the media ladder.

Writing – digital abundance
Digital writing is not just a shift from atoms to bits. Digital gave text scalability through exact and cheap replication. This had profound consequences for books and newspapers, eliminating expensive print and distribution costs simultaneously. In the book world Amazon’s cheap prices and easy to use site with exemplary customer service and eventually cheap Kindles led Bezos to announce that “the 500 year run” for books was over. Well, not quite. In education Wikipedia has become one of the most popular sites on the web, the biggest knowledge base ever seen and growing. Text is here to stay.
Writing and keyboards
One could also argue that we are witnessing  renaissance in writing with email, txting and social media. Never have so many written so much, so frequently. With the advent of keyboards, on computers, young people are increasingly using both hands from an early age to touch type, or at least type quickly. With mobile phones and texting, writing quickly with both hands and thumbs only, is another acquired skill. Games controllers also facilitate complex. multiple inputs. A Playstation or X-box  games’ controller is as complex as the pilot’s input device on a jet fighter.
It is rather odd then that touch typing is not taught in schools as it a basic and productive skill. Pencils and pens are rarely used by young people, except when doing educational tasks and sitting exams. More worryingly is the effect this may have in assessment, where they have to use implements they don’t use much in real life. This may be skewing results.
Conclusion
Text has more going for it than many people imagine. Programmes often end up with more text than planned, simply because it works. It should not be written off as dull until its many advantages have been understood. Text can be read quickly, read at the learner’s own pace, be subtle, sophisticated, flexible and searchable. It needs simple skills and tools to produce, requires low bandwidth and is easy to update. It can be used in menus, in other navigational features such as text accompanying icons, presentation, captions, feedback, instructions, help, glossaries and in many other components in e-learning. In every area of practical and theoretical human life, without writing we’d be stuck in an oral tradition with knowledge limited to memory and the geographical reach of storytellers. It is the greatest of all learning technologies, with the most profound and lasting of influences. However, it should not be seen as pedagogically neutral. There are many issues around writing that distort the learning process.
Bibliography
Gaur, A. (1985). A history of writing. New York: Scribner.
Mayer, R. E., Bove, W., Bryman, A., Mars, R. & Tapangco, L. (1996) When less is more: Meaningful learning from visual and verbal summaries of science textbook lessons. Journal of Educational Psychology, 88, 64-73
at September 18, 2012

"Writing was also a skill that had to be mastered, along with reading, as witnessed by the many Sumerian and Babylonian cuneiform ‘exercise’ tablets that have been found." Probably, you are talking about how to write and writing or composing an article is not a part of what you are talking but I still think this bring truth and probably a bit excuse for people who do not like writing an article. There are no good writers without writing (or practicing). It takes time and effort.