Why Facebook bought Oculus Rift? World at its feet, now has worlds on its head

Even Zuckerberg says that Facebook will expand the product into new territory. "We're going to make Oculus a platform for many other experiences. Imagine enjoying a court side seat at a game, studying in a classroom of students and teachers all over the world or consulting with a doctor face-to-face — just by putting on goggles in your home." Zuckerberg equates Oculus to "a new communication platform". 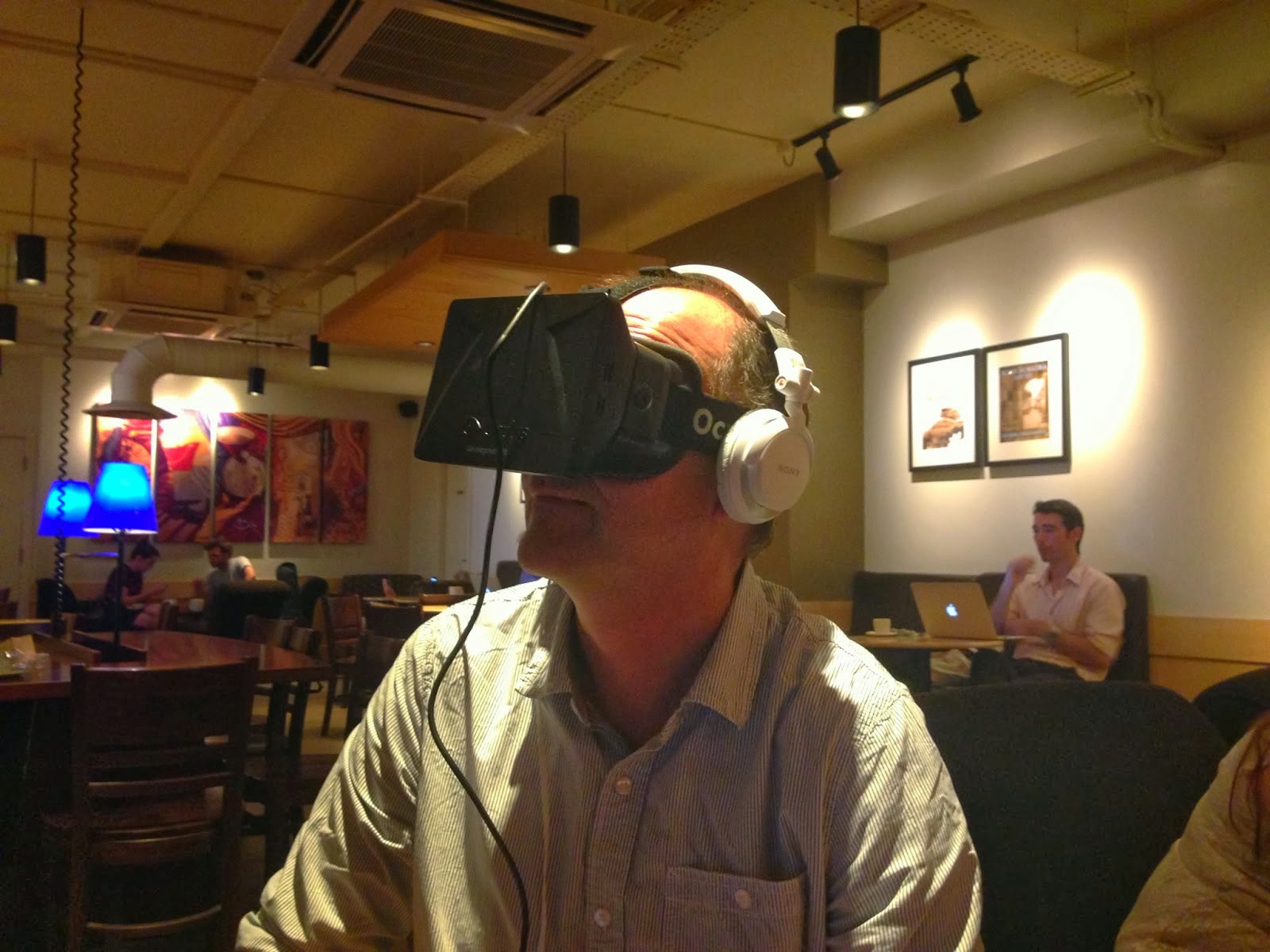 I’ve played around with the Oculus for some time now – played games, roared around several roller-coasters, had my head chopped off by a guillotine, walked around on the floor of the ocean looking up at a whale and shark, floated around the International Space Station using my rocket pack.
Why do I think it matters? It’s possible, just possible, that this device, or one like it, will change the world we know forever. It will certainly revolutionise the world of entertainment. Flat screen TVs have got as big and sharp as they can get. It is clear that most people do want that big, panoramic experience but there’s a limit with 2D. Climb into that screen, which is what the Oculus allows you to do and you can look around, upwards, over your shoulder. You can them move around, do things and things can be done to you. It’s mind blowing.

The problem that Oculus has is getting to market quickly. Kickstarter was fine, for starting. Sony is right on their shoulder with project Morpheus. With this money they can accelerate R&D, have a massive marketing push and keep the price right.
Presence
First, they have to deliver real ‘presence’. They’re close but the fact that they haven’t announced a release date, shows it’s still some time off. Real ‘presence’, without motion sickness, is seriously difficult as it needs a whole ensemble of technical problems to be solved:
1.     High resolution – at least 1080p HD, preferably better
2.     Wide field of view – 80 degrees minimum, preferably wider
3.     Rock solid tracking – prevents motion sickness
4.     Low pixel persistence – prevents motion sickness
5.     High refresh rate - prevents motion sickness
6.     Low latency – right image at right time - prevents motion sickness
7.     Great optics and optic calibration
Oculus are close but it still needs to be turned into a high-volume, low-cost product.
Enhancements
We must remember that this can only be done on a headset, anything else is too expensive and can’t deliver the technical data and refresh rates that ‘presence’ demands. So expect, wifi to free the headset from being tethered with an awkward wire. Expect 3D audio. Expect lots of haptic devices, body-tracking and good input devices. Expect multiplayer. This is what the Facebook money can bring.
Entertainment
The first raft of games will be horror, as imagine something like the Paranormal series, only ten times scarier. You can already wander through a dark wood, choosing where to go with only a torch which shines where you point it, or travel through subterranean dungeons or sit in a house and be terrorised. Then there’s the shoot ‘em up games and every other genre.
Wondrous experience will be possible in terms of travel or experiencing other worlds. It will be relaxing, exciting, thrilling whatever mood you want. For opera you can be in La Scala, for music in Carnegie hall, for theatre, in the Globe. It’s literally out of this world and into another of your choice.
Learning
I wrote about Oculus Rift possibilities in learning sometime back, on safe failure, soft skills, attitudinal training and skils acquisition. It wil take learn by doing to new levels. In education, you will be able to do what is impossible in real life. At the macro-level, you will be able to travel to the bottom of the ocean in space. I have already done this in an Oculus. At the micro-level, you will be able to examine and manipulate atomic and sub-atomic particles. In the middle ground there’s no end of practical skills you can acquire in immersive, simulated environments. Again, doing the impossible becomes possible, whether its military, medical or manufacturing skills.
Conclusion
This is not only a ‘game’ changer, it’s an experience changer. It will change the way we spend our time, expand our experience and acquire skills. I’ve seen the effect it has with children, teenagers, adults and pensioners. It’s an experience, even at low resolution that can change your life, as you know, when you’ve tried it that it’s coming and when it comes it will be all-embracing. Facebook already has the world at its feet with 1.5 billion users, it now has the world on its head.