Marc Zuckerberg tried the Oculus Rift headset, was blown away and bought it for a staggering $2 billion. It’s a pure tech buy as Oculus has no customers. What Zuckerberg saw was more than gaming. What he saw was the breadth of possible applications, one is education.“Imagine…. studying in a classroom of studentsvand teachers all over the world - just by putting on goggles in your home.” Some of us are now working to make this a reality.
1. Sex swap

Hundreds of millions are spent on often useless classroom and e-learning equalities, sexual harassment and diversity training. We now have the chance to allow you to swap gender or race, seeing the world from their point of view. I played around with this using a female avatar in Second Life – it was a harrowing experience! This crazy experiment shows us the way. You will, literally see and feel what is like to be someone else. If you think this is crazy, the artist Mark Faird will spend 28 days wearing the oculus and seeing the world through another person’s eyes. Watch video here.
2. Tank training

The Norwegian Army have rigged up the Oculus Rift to four cameras around the tank to feed in scenarios, and other map data, to allow drivers to drive tanks with the hatch down. This is just one of a number of military training programmes using the Oculus and VR, tradition users of expensive VR will now see prices plummet. Others examples include medical triage. Watch tank video here.
3. Social care 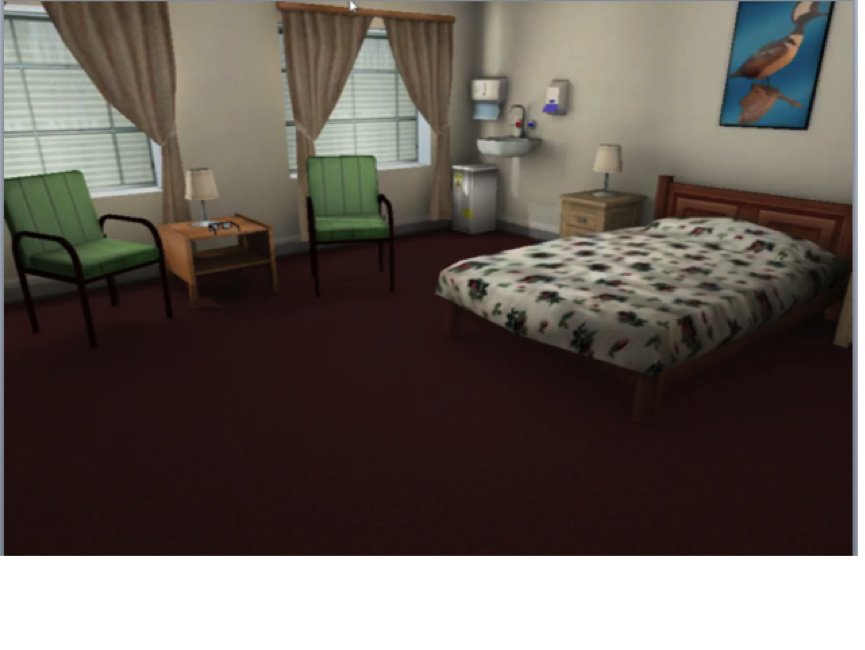 Caspian Learning, funded by the University for Industry, have produced a Social care training programme, where you literally learn within a 3D model of a care home, dealing with the residents (avatars). You also see the world through their eyes (blurred). It trains, assesses and tracks competences with a full set of analytics that shows progress and proven attainment in each competence.
4. Construction 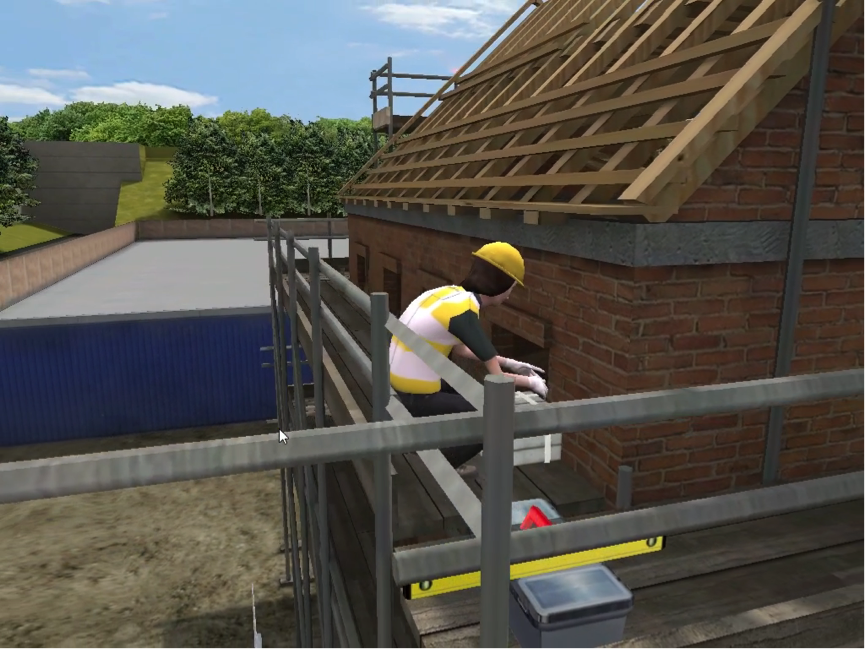 One more solid training programme from Caspian Learning and Ufi, on training people in retail. Caspian are also doing a health & safety programme on construction sites. You enter a site and have to choose the right gear for the right jobs. If you don’t, accidents happen. This stuff allows you to experience the consequences of your action, do the impossible – through safe failure.
5. Physics

Do you know Newton’s three laws? Try the Spacewalk, where you don a spacesuit and navigate, using small jets on your suit around the International Space Station. Squirt your jet and you move forward, that’s newton’s 1st Law – every action has an equal and opposite reaction. . Sounds simple, but most people are surprised that even when you turn the jet off, this is space, so you continue moving forward. That’s Newton’s 2nd law - very object in a state of uniform motion tends to remain in that state of motion unless an external force is applied to it. How dis the Space Station get up here – that’s Newton’s 3rd law – F=ma. Watch video here.
6. Biology

The undersea walk allows you to do the impossible – walk across the sea floor to Teach geography, geology or biology. Teach the food chain as you walk beneath beneath a humpback whale and shark. Encounter a hydrothermal vent shooting out superheated water at 400 degrees centigrade. Watch video here.
7. History

This is a shocker. It’s 1793 in the middle of the Reign of Terror and you’re about to be executed. Experience this for real, as you get your head chopped off on the guillotine. You literally lean forward and see your head drop into the basket. When do you think the last execution using the guillotine took place in Fance? 1977! Watch video here.
8. Field trips

Harvard have been using VR to create field trips and I don’t just mean, the usual trips to the country to look at plants. In this case you can visit the Great Pyramids in Egypt for some real archaeology. Museums, art galleries, geographic locations, battlefields – you name it, the oculus will not only take you there but allow you to explore at will and learn things in context. Watch video here.
9. Dangerous environments

Makemedia has built this Oculus application that allows you to build a nuclear reactor. It uses the Razer-Hydra with Oculus Rift to allow you to do things within different components, lift, insert, attach etc. The Razer-Hydra provides the learner with a pair of virtual hands to pick up and insoect each component of the primary circuit., such as reactor core, steam generator and pressuriser. This manipulation of objects, along with real haptic feedback will greatly improve many vocational training tasks. Watch video here.

The Virtual Iraq/Afghanistan PTSD Exposure Therapy System allows the patient to replay traumatic experiences as part of therapeutic recovery. This comes out of the MedVR Lab at the University of Southern California Institute for Creative Technologies (ICT). Watch video here.
Conclusion


What we will see is some quite serious ‘learn by doing’ VR education and training. These programmes will have clear learning objectives, with clear competences, tasks and goals. AI driven avatars will provide interaction with people. We’ll also see support for teachers, trainers and tutors. VR is a medium, not a gadget – a learning medium.
at December 01, 2014