Some online learning designers write their assessment items first, as they can match the assessment to the objectives or competences before being distracted by the detail in content. This avoids the trap of writing test items that simply test atomic facts and words from the presented text.
Many test items are quite simply not fit for purpose, as they don’t really assess, test the wrong thing or are so badly designed that they mislead or annoy learners. Bad test item writers tend to simply pluck out key words from the text and test the recognition or the meaning of those terms. Good test item writers, and this is a skill that few subject matter experts possess, understand good design and the need to test deeper understanding.
Here’s a few rules to follow if you’re new to this game:
1. Test understanding, not facts
What’s easy is to simply extract all the nouns, objects and quantities, then testing for recall. The trick is to push beyond this to test understanding. It’s not the ‘what’ but the ‘why’ that often matters but remains untested. What’s hard is to write questions that really do test the learner’s actual knowledge and ability to apply that knowledge. Professor Dylan Wiliam, calls great questions ‘hinge questions’, as they literally diagnose poor understanding. He explains how one can use these questions as powerful verbal test items in a classroom, where it is difficult to diagnose 30 kids quickly but the principle applies just as well to online learning. Here’s an example:

The ball sitting on a table is not moving. It’s not moving because:
A. No forces are pushing or pulling on the ball.
B. Gravity is pulling down, but the table is in the way.
C. The table pushes up with the same force that gravity pulls down.
D. Gravity is holding it on to the table.
E. There’s a force inside the ball keeping it from rolling off the table.
This question not only catches common misconceptions, it diagnoses between those who have understood the ‘physics’ and those who have not. There are forces at play, two in fact, so C is correct. The other options introduce common misconceptions about the absence of forces in stationary objects (A), single forces (B & D) or inner forces (E).
There are four components that make great questions:
Make them THINK
Give helpful FEEDBACK
Keep it CONVERSATIONAL
Be POSITIVE
A really bad question will allow the learner to guess the right answer or simply test recognition from a list. A good question will make the learner think, a great question will make them look away, even close their eyes to recall what they know, do something in their head and move towards the answer. It will push the learner.
Let’s try this: 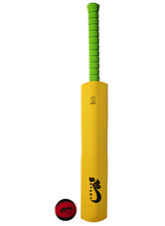 What are the tiny air sacs in the lungs called?
Ravioli
Bronchioles
Alveoli
I rest my case. A lesser but similar error is to make one or more of the options too obviously right or wrong.
10. Test your test items
First test your test items with an expert, namely an experienced test-item writer. It is a skill that takes some time to master. Just because you know your subject, does not mean that you know how to assess and write good test items. Second, try the questions out with real target learners and ask them to ‘voice’ what they’re thinking. They invariable say things like ‘I don’t understand this question… What do you mean by…”. Don’t argue, just change it.
Conclusion
Questions encourage, not just the acquisition of learning but also critical thinking. Questions stimulate curiosity. Questions can intrigue and pull the learner towards exploring a subject in more detail. Good questions can be learning experiences in themselves not just test items. They can be used to stimulate thought but also, through good feedback, explain to the learner why they have a misconception, even act as a way of getting a point across. Questions drive learners forward. Good questions diagnose strengths and weaknesses. You don't know what you don't know and questions uncover the often uncomfortable truth that you know less than you thought you know. Finally, questions can assess and determine whether a learner is competent against certain criteria.
Questions really do matter in learning, that’s why it is important to design them so that they are fit for purpose. Professional examination bodies all too frequently write questions that are poorly designed and in some cases, unbelievably, impossible to answer. Experts in their subjects, often write poor test items, as it is difficult to put yourself in the shoes of a novice and assessment skills are different from subject matter expertise. In online learning, even professional vendors often produce badly designed test items, due to a lack of interactive design expertise. In many ways the test items are more important than the content.

Thank you for your interesting post. I wonder if it's not possible to add another point to your feedback : explaining some possible reasons of the mistake. For example:

10p -> Most people get this wrong first time around and choose this answer. Let's look at the reasons that lead to this answer. When we read the statement once, we can consider the cost of the bat is £1. Since the total is £1.1. So we deduce that the ball costs £1.1 - 0.1p = 0.1p. The error is that the statement does not say that the bat costs £1 but £1 more.

Hi Donald, excellent post which I stumbled upon after reading another great post of yours - on the use of animation in elearning. This covers quite a few of the common issues I see from inexperienced test writers (particularly use of 'All of the above' - which, when used, is ALWAYS the correct answer - dead give-away). I have also found that often 'professional' vendors make many of these errors (and are sometimes the worst offenders...)

What I found exceptionally valuable in your post was the inclusion of examples demonstrating good (and not so good) practice, and most importantly - explanations pointing out why they are good / not so good. Practising what you're preaching by providing meaningful examples and 'feedback'.

Testing your test items with a representative sample from the actual target audience using 'think out loud' usability / observation techniques is also a critical but often overlooked practice - not just with test items but elearning in general. The mentality of building, getting stakeholder approval / sign off then pushing it out (or perhaps inflicting it on people) is unfortunately all too common. Thanks for highlighting some important points and provoking better practice. I'll be sharing this one.

Thanks for the great and informative post.
So true that good questions are difficult to write.
I must confess that as I read your post, I quickly realized examples from my own teaching that needed to be repaired before unleashing them on students in an online environment.
It is humbling to read, but I feel that I will write better questions as a result.