What one, intensively--researched principle in learning is like tossing a grenade into common practice?

Research has given us one principle that is like tossing a grenade into common practice – interleaving. It’s counterintuitive and, if the research is right, basically contradicts almost everything we actually practice in learning.

The breakthrough research was Shea & Morgan (1979), who had students learn in a block or through randomised tasks. Randomised learning appeared to result in better long-term retention. This experiment was repeated by Simon & Bjork (2001), but this time they asked the learners at the end of the activities how they think they’ll perform on day 2. Most thought that the blocked practice would be better for them. They were wrong. Current performance is almost always a poor indicator of later performance.
Interleaving in many contexts
Writing the same letter time after time is not as effective as mixing the letter practice up. HHHHHHIIIIIIIIIIJJJJJJJJJ is not as good as HIJHIJHIJHIJHIJHIJHIJHIJ. This also true in conceptual and verbal skills. Rohrer & Taylor (2007) showed that maths problems are better interleaved. Although it feels as though blocked is better but interleaving was three times better! The result in this paper was so shocking the editors of three major Journals rejected the paper on first reading. The size effect was so great that it was hard to believe, so hard to believe that few teachers even do it.
Interleaved in unrelated topics
Rohrer, Dedrick & Stershic (2015) took this a stage further and took unrelated topics in maths, to compare blocked with interleaved practice. Interleaved produced better performance in both short and long-term (30 days). William Emeny, a teacher in England showed that interleaving is actually done by many teachers but only in run up to exams, but that, he showed was where most of the actual learning was taking place.
Interleaving in inferences
What about learning from examples, learning general skills from exposure to examples, like reading X-rays or inferring a painter’s style by exposure to many paintings by specific painters. Kornell & Bjork (2008) did the painter test, 12 paintings by each of 6 artists, then show learners 48 new paintings. The results showed that interleaving was twice as effective as blocked training. It has been replicated in the identification of butterflies, birds, objects, voices, statistics and other domains. Once again, learners were asked what sort of instruction they thought was best. They got it wrong. In young children, 3 year olds, Vlach et al (2008) showed that learning interleaved with play produced better performance.
So why does interleaving work?
Interleaving works as you are highlighting the ‘differences’ between things. These relationships matter in your own mind. Blocking seems more fluid, where interleaving seems confusing, yet it smooths out comparisons.  Another problem is that learners get years and years of blocking in school. They’re actually taught bad habits and that prevents new, fresh habits from forming or even being tried.
Conclusion
This is a strange thing. Interleaving, as opposed to blocked learning, feels wrong, feels disjointed, almost chaotic. Yet is it much more effective. It seems to fly in the face of your intuitions. Yet it is significantly more efficient as a learning strategy. Yet how often do we see interleaving in classrooms, homework or online learning? Hardly ever. More worryingly, we’re so obsessed with ‘student’ evaluations and perceptions that we can’t see the wood for the trees. We demand student engagement not learning, encourage the idea that learning is easy when it is not. When it comes to teaching, we’re slow learners.
at December 04, 2018 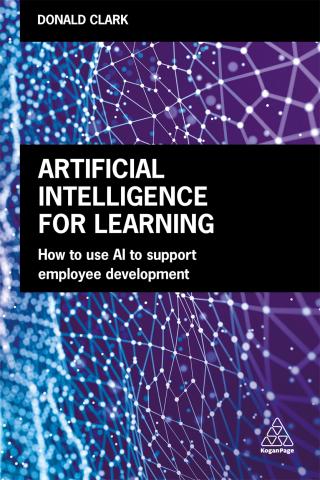