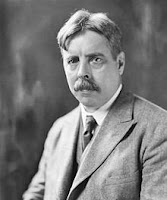 Edward Thorndike deserves much more attention than he gets in the history of educational psychology. Inspired by William James, he was an assiduous experimenter, who revolutionised experimental psychology by introducing scientific rigour into his work. This led to ground-breaking work in important learning topics, such as ‘transfer’.
Experimental method
Children were the subject of his early experimental research but Harvard stopped him from using human subjects, so he moved to chickens and cats. In fact his earliest work, ‘Animal Intelligence’ (1898), made his name as a psychologist, as much for its scientific method than the results which these methods revealed. His method included the now familiar: representative samples, clear explanations of the experimental method so that it could be reproduced, comparative groups under the same controlled conditions and clear quantitative measurement. Educational psychology up to that point, and to be frank beyond, had been conducted in a non-scientific, if not misleading manner, Freud being a good example.


Two laws of learning
His animal experimental work led to the formulation of two laws, based on the behaviourist Stimulus-Response model, which in his view, governed all learning, even in humans. First the Law of Effect; that consequences, either rewards or punishments are a necessary condition for learning. Second the Law of Exercise; that learned behaviour fades without practice and is strengthened with practice. The driver, behind this is instinct. This focus on rewards, punishment and repeated practice was to dominate behaviourist psychology, and research into learning, for decades.


Transfer
An important early finding was his work (with Woodworth) on transfer in 1901, namely the degree to which learning transfers to actual performance in the real world. This is still a contentious and often ignored issue in education and training. Learning is largely (not always) a means to an end, namely the application of that knowledge or skills. Yet few educators know or care much about transfer. Thorndike showed that transfer depends on the similarity of the situations or domains. This has had a lasting impact on simulations. This principle of ‘identical elements’ led him to recommend problem solving and practice in real-world contexts, so that the learning tasks and context matched the real world.


Latin
To take a still current example, one still hears claims that Latin helps one learn other Romance languages or improve performance in other subjects, Thorndike predicted that this is unlikely as there are significant differences in grammar. In Search of the Benefits of Latin by Haas and Stern (2003) in the Journal of Educational Psychology (incidentally founded by Thorndike) revealed that Thorndike “did not find any differences in science and maths in students who learned Latin at school and those who did not”. And in the Haag and Stern (2000) follow up study, two groups of comparable German students, where one studied Latin, the other English, were assessed after two years, “No differences were found in either verbal or non-verbal IQ or grades in German or Maths”. This had been predicted by Thorndike decades before, namely that transfer needs common ground in the source and target.
Now for the bad news: in language learning Latin makes it worse. The problem with understanding Latin is that you need to pay close attention to word endings; case markers on nouns and time markers on verbs. But in English and Romance languages word order and prepositions are more important, endings play a minor role. What Haag and Stern found, predictably, based on Thorndike’s research, was that students who had learned one Romance language first, found it easier to learn another Romance language , that those who had learned Latin. But it gets worse, as Latin caused incorrect transfer, such as the omission of prepositions and auxiliary verbs in Romance languages. In other words, learning Latin was detrimental to the learning of the new language.


Testing
Thorndike took a particular interest in testing, developing intelligence and subject-specific tests. This was also to have a long-lasting effect on education, not always positive. Cyril Burt, and English psychologist, the first non-American to win the Thorndike Award by the American Psychological Association, went on to impose a regime of standardised tests, such as the 11+ (still used in some parts of the UK). Burt turned out to be a fraud and a cheat, as he falsified data and even the existence of co-workers.


Conclusion
Thorndike laid down methods for the scientific measurement of behaviour that were to be used by an entire school of psychology, the behaviourists, people like Watson and Skinner. Establishing scientific rigour in experimental psychology was just one of his lasting achievements. His work on transfer was long-lasting, although conveniently ignored, even today.

This morning after reading this post, I tweeted the following:

"Donald Clark's post on Thorndike includes philistine claptrap on "why Latin is a waste of time."

I have every respect for Donald as a robust defender of fairly "strong" positions within the learning technology community, and tweeted with every expectation that he would come back to me on my point, which, of course, he did. I was impressed beyond measure with Donald's robust arguments at ALT-C 2010 which met with considerable hostility. In that fine tradition, I am presenting my own arguments here; I told Donald that I would post comments on his blog and so here I am.

I am a modern languages graduate in French and Spanish. I studied Latin to O level. I take Donald's point that Latin is surprisingly unhelpful when learning romance languages, apart from a bit of vocabulary recognition every now and then.

Over a decade ago, however, i was working for a multinational and was given free German lessons once a week. I shared them with a colleague and we had both studied a bit of Latin. How thankful I was! Jan and I stormed through cases and there was so much about the grammatical structure that we both grasped immediately. The teacher couldn't believe it. It was a great learning experience.

On a broader, slightly less personal, point. I have never ever used algebra since leaving school. However I believe that I benefit from the general mental agility that algebra helped to develop. I feel the same way about Latin. Not everything we learn at school can or should be reduced down to that which is directly applicable thereafter.

Third point. Any limitations placed on learning is bad, although I do understand that the point is to use it in some way. I am a humanist and believe that no effort expended on learning about human history is ever wasted.

Fourth point. In the interests of fairness I should say that I discussed this with my husband over lunch. He's a teacher and kind of agrees with both of us - he says there are more important things to spend teaching time on than Latin. That is a pragmatic point.

Donald came back to me on Twitter by saying "why is quoted research claptrap?" I have every respect for research, but I would have to see the research aims in this instance. The conclusion that Latin is a waste of time does not chime with my own personal experiences as stated above, and I believe that that is a valid position.

Thanks Sarah
This is an important debate as we have people like Toby Young, Katherine Birbalsingh and Michael Gove pushing Latin, as either a compulsory subject or part of the E-bac core curriculum.
I am a lifelong classicist but we must ask the hard questions: 1) Does Latin help you learn other languages? 2) Does Latin help you think more clearly in other subjects.
I look to evidence for answers to these questions, and I have looked hard. Much harder, I should add than the above proponents and have debated these points live with Young and Birbalsingh, both of whom resort to the 'I did it, it was good for me, it must be good for everybody' position.
Thorndike, then Hass & Stern are professional psychologists, who put these hypotheses to the test. They, unlike many, have no personal, political or curricular axe to grind. The findings, for me, were clear.
I'm sure you think Latin was good for you but that is anecdote, and the plural of anecdote is not data.
Interestingly, when I covered this issue in previous posts I had a dialogue with Mary Beard, Professor of Classics at Cambridge. We both agreed that if one is to learn a dead language, Greek would be preferable, given the richer philosophy and drama available.
PS
I don't think quoting several pieces of research is being a 'philistine' and surely dismissing the work of serious, professional psychologists, one of whom remains a giant in the history of psychology, is far from being 'claptrap'.

I think the claptrap is in overgeneralization. I benefit still now from having learned Latin and algebra. I benefit from algebra helping me to learn languages, and languages helping me to learn mathematics and sciences, at levels deeper than just vocabulary cognates. I took a multidisciplinary PhD combining several disciplines that most people said have nothing to do with each other. To me, the deep connections between everything I have ever studied are so apparent that I have never understood why people artificially keep them apart. I don't understand why domain transfer is a problem for everyone else in the world.

And this is the key point: I am not everyone else. Neither are Donald or Sarah.

We need to look at the population studied by Hass and Stern, and ask, is Donald an average member of this group? How about Sarah?

We also need to ask, how widely did this group range? Is the small or negative benefit applicable to everyone, or a result of averaging over a widely varying set of outcomes?

By overgeneralizing the averages in implementation, you shortchange people in at least one end of the distribution — often the people in both ends.

You're use of the word 'claptrap' is a bit odd, as you make some useful points. Their papaers ahd clearly defined audience in terms if age and educational attainment. It was designed to test a hypothesis with students at school. You also make the classic error of arguing from the case of one (yourself). You can ask for more research with a wider audience but not counter a good study with persona;l anecdote. You're knowledge of the scientific method seems a bit loose in that it is clear that I (Donald) am NOT a member of the etsted ausience. My arguments have been about the teaching of Latin in schools - see my other posts. Why are so many Latin apologists 'anonymous'? Just curious.