‘The Strange Case of Rachel Doleza’: why diversity training does more harm than good 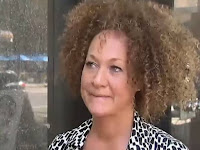 NAACP Chapter President Rachel Doleza fakes her blackness, and rejects her parents, to black-up, play a role and get paid to be outraged on behalf of others. Granted, it’s an extreme case, but it’s not unusual. In the world I know, education and training, there’s a vast army of people playing the same game. You wouldn’t spot them, as they’re normally plain, old, white, middle-class folks who deliver compliance training on diversity. Hundreds of millions are spent yearly on fees to these people, yet there is no evidence that it works. In fact, there is very strong evidence to show that it doesn’t work.


One of the problems, that Dobbin, Kalev and Kochan found, was the focus on ‘sensitivity training’ where people are often forced to focus on interpersonal conflict. These were the training courses that produced a backlash, as they were intrinsically accusatory. One bright spot was the finding that some diversity initiatives, namely those that were voluntary and aligned with business goals, were successful. This is similar to Professor Frank Dobbin’s study at Harvard, who showed, in his massive study that ‘training’ was not the answer, and that other management interventions were much better, such as mentoring. Rachel Doleza was sucked into a fake world that does real harm to diversity, equal opportunities and diversity in the workplace. We don't solve these problems by 'pretending' to be what we are not.
at June 13, 2015