The Baldwin effect, proposed by James Baldwin in the late 19th century, has been recently revived in evolutionary biology and places learning at the centre of evolutionary theory. He proposed that learning gave individuals significant survival and reproductive advantage, allowing learned behaviours to become instinctual through genetic transmission. If true, learning becomes a major component in evolutionary theory.

In general, learning theory has a lot to learn from Evolutionary Biology. Once we recognise the predictive power of evolution, we see why some things are easy to learn, such as our first language, walking, talking, listening and so on, whereas non-selected skills such as writing, mathematics and counter-intuitive science is so difficult to teach and learn. Stephen Pinker has shown how attention to this pays dividends in teaching. For example, when you understand how regular and irregular features of a language are learned, stored and recalled in an entirely different way from each other in the brain, you see why it is important to teach languages in a way that is sensitive to these findings.
at April 20, 2006 No comments:

A Higher Education e-learning initiative that is working, without UKeUniversities level funding. IVIMEDS has 34 international medical schools sharing content and production to produce a sophisticated set of e-learning learning resources. By all contributing a modest amount of money at the start, the schools get a big payback for relatively small investment. Professor Ron Harding, an expert in Medical Education, and Alan Langlands (ex-CEO of the NHS, now running University of Dundee) are behind the project. Five UK medical schools are busy producing content in five medical areas. This 'distributed production' model seems to be working. Recent evidence from Australia has shown that students using these resources score significantly higher than those who do not. Already international on scale, with academic credibility and a good production model, based on sharing, this could grow into something much bigger.

HR baiting is a regular sport in the business press and Stefan Stern had another go in the FT on April 17 with 'HR is unloved but not unnecessary'. He sees the whole profession as being in crisis but was pleased to see that it attracted more comments than most of his other articles. The FT forum did indeed have some interesting responses. Many saw HR as tactical not strategic, building a wall around itself by recruiting those with restricted CIPD qualifications, not attracting high calibre, innovative managers with the ability to deal with strategic improvement. DISCUSS
at April 20, 2006 No comments:

Throwing aside all that Generation X, Y, Z and M stuff, Nick Barham gets out and talks to the youngsters who text, see school as irrelevant, spray graffiti, do pirate radio, have sex, take drugs, hate politics, spend lots of time online and generally see themselves as different. Far from being violent, over-sexed idiots, they turn out to be interesting and creative, albeit in a more fragmented, contradictory and disjointed world. The new tribes of emos, goths, skaters and chavs, the new language of texting, and most of the other aspects of their world, that we adults abhor, turn out to be far more fascinating than you imagine. If you've got kids or work with them - a great £7.99 paperback read.
at April 03, 2006 No comments: 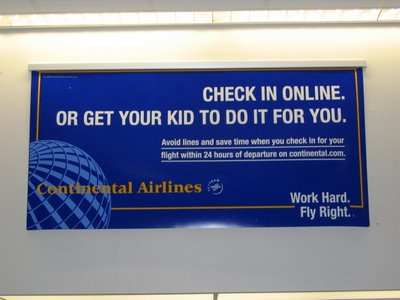 Do we need any more proof of how much smarter our kids are, compared to their teachers and parents, at IT?
at April 03, 2006 3 comments: