Bristol University students have submitted a massive, documented complaint about poor teaching standards, reflected in national anger, unveiled in the Office for the Independent Adjudicator’s record rise in complaints from students. The charge is simple, they’re charging more for less. This has been followed up by a Facebook protest claiming that a recent exam bore little relation to what was taught on the course and was riddled with errors.

Higher Education needs to wisen up. The world has changed and the salad days are over. Across the land students are demanding a better education for the fees, Now that they’re paying personally, the lazy grove of academe is filling with paying customers demanding something in return for their debt. They’re paying customers – yes customers. And they’re paying large sums that will hang over them for years as debt. As we’re in recession, repayment has become more difficult as has the job market. All the assumptions about graduates earning power need to be revised.

Students are no longer compliant learners. This generation have been brought up being in control of the media they use (online) and can readily organise and complain. The digital genie is out of the bottle and analogue academics have been slow to respond.

My generation put up with the appalling standards of teaching and largely skipped lectures, knowing full well that it would make little difference in terms of achievement. Has much changed? I don’t think so. The Lifelong Learning Sector Skills Council (if you’ve never heard of it, don’t worry, few have) responsible for overseeing standards in Higher Education has, in a cowardly fashion, simply left HE to police itself in this matter – a big mistake. Go to any conference and listen to the appalling talks given by supposed expert academics and you’ll know exactly what we’re talking about here – unprofessionalism.

Real mobile learning programmes (those that are not part of some doomed research project) are rare, but this series of projects from Major Roy Evans of the British Army, shows what can be done with a modest budget and some imagination. His pedagogic approach is simple, ‘Tech less but give access to training, resources and learning in a format they will use and digest willingly.’

He’s used iPODs for language learning in both Iraq and Afghanistan. Young soldiers used to get cards with lists of words and their phonetic spelling, along with a suitable graphic. Roy simply took this material, put the cards on the iPOD screen and supplemented them with audio. This created huge demand from soldiers in the field and he began to get requests for full phrases and more relevant content. Neither did he have to bother with funding the iPODs, as this is the most popular sales item in the NAAFI. A simple idea and one that may actually save lives on both sides of the conflict. Cultural awareness and language skills have become essential in these warzones.

His second project used the Nintendo DS for basic numeracy. Many young soldiers have very low levels of numeracy and this holds them back in training, especially at Level 3. It’s a costly deficit. Roy worked with my old company Epic to produce Army branded training, using relevant examples (counting jerry cans/ammunition etc). Brain Training was the inspiration for this but he redesigned the content for his army audience. This is important. Roy understands the importance of ‘context’ in learning. By targeting his content through branding and relevant examples and graphics he increases motivation, understanding and retention. There’s an on-screen coach, in uniform, planty of military graphics

What I like about Roy is his simple pragmatism. If he has a problem in the field, he picks the appropriate mobile device and designs simple programmes that can be quickly downloaded across the military network. He’s had 4126 downloads in Iraq and 3543 in Afghanistan. Security is not a problem as you can classify the device or, in the case of the Nintendo, the small cartridge containing the content. It’s horses for courses when it comes to devices.

He’s also hot on sensible evaluation, with good focus groups, user and SME involvement in design, control groups and so on. This is what marks people like Roy Evans and Derek Robertson out from most of the people in m-learning. 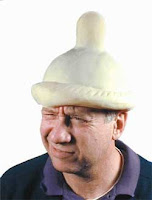 When broadcast, media types meet new media (often ex BBC/C4 folks) the results can be catastrophic. Witness BBC Jam. But this example, pointed out to me by Graham Brown-Martin is typical of the nonsense that is around at the moment.

The formula is depressingly familiar. Take a Government department and some 50-somethings who opened a Facebook account a couple of weeks ago, give them a social topic, say ‘safe sex’, a whopping big budget, then add a crappy London-based new media company. The result - a top-down, anti-viral, over-designed, expensive disaster.

Let’s start with the stupid slogan for the campaign “Want respect? Use a condom”. It's certainly 'sticky' but it's manufactured, mundane and second-rate. Now let the ‘creatives’ loose and see what they come up with. Wow,check out the mood boards and our fab, innovative viral idea - a ‘drama series’! That’s just soooo clever. OK we know that drama’s expensive, so the budget needs to be around a cool quarter of a million - but don't worry, the kids will luv it. Name for the drama series ‘THMBNIS’. Why? Abbreviation (abrvtns r cool) for THUMNAILS - geddit? Thumbnail drama.

OK, let’s evaluate the campaign. Hailed, of course, as a success by the makers and commissioners, only 5,576 mobile phone users signed up for the crap idea and when you take out the people in the production company, their mates and forced, non-viral subscriptions, you can bet it was a lot lower. That’s £45 of your money per subscriber. The YouTube viewing figures are miniscule and when you watch the episodes you can see why. The usual over-scripted, forced, London slang (Wot r u waitn 4?) nonsense. What teenager wants to watch 22 consecutive videos of a badly scripted moralising drama series? The website is even worse; a desperate attempt to design something ‘cool’ but in fact a slow, confusing mess.

Social Networking is huge and it certainly has a role to play in health issues, but this TV approach is just trite. The culprits in this case: 2020London, Incentivated and the COI. When are they going to learn that social media is driven by user-generated content, not content driven by some crappy creatives who really want to work in film or television.

When education's an evil

The Ryan report is possibly the most depressing document in the history of education. The endemic and systematic rape and violent abuse of young children by the church, in collusion with the state, is evil and terrifying. Even after the publication of the report, the Church and, appallingly, the Archbishop of Westminster, Vincent Nichols, is still in denial, claiming that the reluctance of the priests to admit guilt was ‘instinctive and quite natural’. Sorry Vincent, it’s now clear that there’s nothing remotely natural about putting celibate priests and nuns in charge of young children. I wouldn't let a priest anywhere near my children. Their suppressed desire results in appalling crimes against innocent children. And this is not just an Irish problem, it’s a global phenomenon. The report shows that there is little or no remorse, only active damage limitation. The Christian Brothers, whose activities may probably be best described as an serious paedophilic crime organisation, were downright dishonest in their evidence, or as the report says, 'guared, unconditional and unclear'.

This has been described by some as ‘Ireland’s holocaust’ and the comparison is right in that it’s important not to forget, and to learn serious lessons about disentangling church and state when it comes to education. Both institutions, unless checked, have a tendency to be authoritarian, and when they operate in tandem, the culture of deference and authoritarian abuse is amplified. It's the vast scale of the abuse over such a loing time that is so disturbing. tens of thousands of young children abused, some mentally handicapped.

This collusion and flouting of the lawwas seen recentlywhen  faith schools in the UK were shownto have flaunted the law on admissions. I was brought up in a country, Scotland, where the separate schooling of Catholics and the rest, has resulted in endemic bigotry. The concerted campaign by religious fundamentalists to alter the science curriculum is another example of their intolerance.

On the whole education becomes debased when run by religious zealots. It becomes indoctrination and not the freeing of young minds. I don’t care which faith it is, religious education narrows the mind at the very time it needs broadened. And don't get me started on the RE GCSE, no more than a  sap to the religious lobby. My kids have just finished a module on the Islamic attitudes to organ transplants! (They mostly disapprove apparently.) What an absolute load of old tosh. Can I suggest a new module; the rape and abuse of helpless children by the Catholic Church DISCUSS 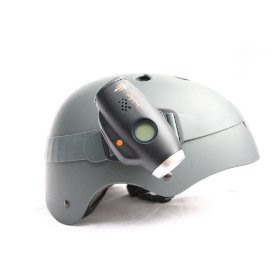 IEDs (Improvised Explosive Devices) are a big problem in modern war zones. No sooner has one device method been discovered than another springs up. The dead goat, stuffed with explosives, was one such innovation. Luckily a smart young soldier used his helmet-cam (video camera mounted on helmet) to identify the problem and passed the word on via Youtube.

Commander Chris Edwards describes this to me at a wonderful military conference in Norway, as self-published training, bottom-up and straight from the field. He’s been a champion of this approach to learning for some time and has been using iPhones as learning devices, true to his belief that mobile devices are the way to a soldier’s brain. This guerrilla learning is a million miles away from the top-down, lecture-based, training centre training that is the norm in the military. He will show you his iPhone apps, describe his experience with GPS golf buggies, building model Iraqi village overnight using Google Sketch, to plan and practice operations the next day, and dozens of other examples of training that save lives.

He’s become a little weary of all the high-end, military-industrial complex vendors producing top-end simulations for tens of millions of dollars, when short, sharp sims and experiences, delivered by small, cheap and easy to use devices are available and he has a point.

Forget all of those rapid tools that just replicate old page-turning e-learning. Short, sharp videos do the job. A process, procedure, person, value, book review, abstract of a paper - record and slam it up there. The good news, from a learning point of view, is that the quality of the video doesn't matter - see Nass and Reeves research in The Media Equation.