Tutorbots are here - 7 ways they could change the learning landscape 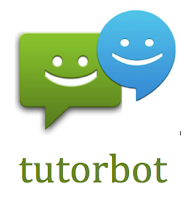 
Finally, this at last is a form of technology that teachers can appreciate, as it truly tries to improve on what they already do. It takes good teaching as it’s standard and tries to eliminate and streamline it to produce faster and better outcomes at a lower cost. They are here, more are coming, resistance is futile!
at July 23, 2017 3 comments:

Is gender inequality in technology a good thing?

I’ve just seen two talks back to back. The first was about AI, where the now compulsory first question came from the audience ‘Why are there so few women in IT?’ It got a rather glib answer, to paraphrase - if only we tried harder to overcome patriarchal pressure on girls to take computer science, there would be true gender balance. I'm not so sure.
This was followed by an altogether different talk by Professor Simon Baron-Cohen (yes – brother of) and Adam Feinstein, who gave a fascinating talk on autism and why professions are now getting realistic about the role of autism and its accompanying gender difference in employment.
Try to spot the bottom figure within the coloured diagram.

This is just one test for autism, or being on what is now known as the ‘spectrum’. Many more guys in the audience got it than women, despite there being more women than men in the audience. Turns out autism is not so much a spectrum as a constellation.
Baron-Cohen’s presentation was careful, deliberate and backed up by citations. First, autism is genetic, runs in families, and if you test people who have been diagnosed as autistic, their parents tend to do the sort of jobs they themselves are suited to do – science, engineering, IT and so on. But the big statistic is that autism in all of its forms is around four times more common in males than females. In other words the genetic components have a biologically sex-based component.
Both speakers then argued for neurodiversity, rather like biodiversity, a recognition that we’re different but also that there these differences may be also be sexual. Adam Feinstein, who has an autistic son, has written a book on autism and employment, and appealed for recognition of the fact that those with autistic skills are also good at science, coding and IT. This is because they are good at localised skills, especially attention to detail. This is very useful in lab work, coding and IT. Code is like uncooked spaghetti, it doesn’t bend, it breaks, and you have to be able to spot exactly where and why it breaks.


Some employers, such as SAP and other tech companies, have now established pro-active recruitment of those on the spectrum (or constellation). This will mean that they are likely to employ more men than women. Now here’s the dilemma. What this implies is that to expect a 50:50 outcome is hopelessly utopian. In other words, if you want equality of outcome (not opportunity), in terms of gender, that is unlikely.
One could argue that the opening up of opportunities to people with autism in technology has been a good thing. Huge numbers of people have and will be employed in these sectors who may not have the same opportunities in the past. But equality and diversity clash here. True diversity may be the recognition of the fact that all of us are not equal.
at July 18, 2017 1 comment:

20 (some terrifying) thought experiments on the future of AI

New evidence that ‘gamification’ does NOT work

Gamification is touted as new and a game changer.  Full of hyperbolic claims about its efficacy, it's not short of hyperbolic claims about increasing learning. Well it's not so new, games have been used in learning forever, from the very earleist days of computer based learning, but that’s often the way with fads, people think they’re doing ground-breaking work, when it’s been around for eons.
At last we have a study that actually tests ‘gamification’ and its effect on mental performance, using cognitive tests and brain scans. The Journal of Neuroscience has just published an excellent study, in a respected, peer reviewed Journal, with the unambiguous title, ‘No Effect of Commercial Cognitive Training on Neural Activity During Decision-Making’ by Kable et al.
Gamfication has no effect on learning
The researchers looked for change behaviour in 128 young adults, using pre- and post testing, before and after 10 weeks of training on gamified brain training products (Lumosity), commercial computer games and normal practice. Specifically they looked for improvements in in memory, decision-making, sustained attention or ability to switch between mental tasks. They found no improvements. “We found no evidence for relative benefits of cognitive training with respect to changes in decision-making behaviour or brain response, or for cognitive task performance.”

What is clever about the study is that three groups were tested:
1. Gamified quizzes (Lumosity)
2. Simple computer games
3. Simple practice
All three groups, were found to have the ‘same’ level of improvement in tasks, so learning did take place but the significant word here is ‘same’, showing that brain games and gamification had no special effect. Note that the Lumosity product is gamification (not a learning game), as it has gamification elements, such as Lumosity scores, speed scores and so on, and is compared with the other two groups, one which is 'game-based' learning, controlled against a third non-gamified, non-game practice only group. One of the problems here is the overlap between gamification and game-based learning. They are not entirely mutually exclusive, as most gamification techniques have pedagogic implications and are not just motivational elements.
The important point here, is the point made by the 69 scientists who orginally criticised the Luminosity product and claims, that any activity by the brain can improve performance but that does not give gamification an advantage. In fact, the cognitive effort needed to master and play the 'game' components may take more overall effort that other, simpler methods of learning.

Lumosity have form
Lumosity are no strangers to false claims, based on dodgy neuroscience, and were fined $2m in 2015 for claiming that evidence of neuroplasticity, supported their claims on brain training. There is perhaps no other term in neuroscience that is more overused or misunderstood than 'neuroplasticity' as it is usually quoted as an excuse for going back to the old behaviourist 'blank slate' model of cogntion and learning. Luminosity, and many others, were making outrageous claims about halting dementia and Alzheimer’s disease. Sixty seven senior psychologists and neuroscientists blasted their claim and the Federal Trade Commission swung into action. The myth was literally busted.
Pavlovian gamification
I have argued for some time that the claims of gamification are exaggerated and this study is the first I’ve seen that really put this to the test, with a strong methodology in a respected peer reviewed journal. This is not to say that some of aspects of gaming are not useful, for example its motivational effect, just that much of what passes for gamification is Pavlovian nonsense, backed up with spurious claims. I do think that gamification can be useful, as there are DOs and DON'Ts, but that it is often counterproductive.
Conclusion
The problem here is that, in the case of Lumosity, tens of millions are being 'duped' into buying a subscription product that has no real extra effiacy over other methods. Similarly, in the e-learning market, people may be being duped into thinking that gamified product is intrinsically superior to other forms of online learning - when it is not. You may be paying premium price for a non-premium product that has no extra performance efficacy.
at July 11, 2017 6 comments: