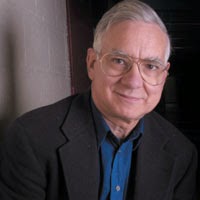 Prof Dave Pritchard
This guy teaches both a campus and MOOC course on physics. He is no amateur, a world-class researcher in atomic physics, winner of four major research prizes and three students who won Nobel prizes. When he compared their learning gains, he was astonished at the results. “I had hoped that because they (campus cohort) went to our classes, they would learn a lot more”.

Given the many positive announcements from vendors and negative reactions from academics about MOOCs, there is a remarkable lack of research on learning outcomes. Why this lack of interest? Well one feature of academic research is that it rarely looks at itself, for fear of what it will find. The lecture is the stand-out example. Despite many decades of research showing that lectures, and hterefore the professional job title ‘lecturers’, make little pedagogic sense, most academics will dive into the trenches of irrational indignity in their defence. But reson will prevail and on MOOCs we are now seeing some wonderful research by the likes of MIT and the University of Edinburgh.

Standout study
One standout study by MIT compares campus with MOOC students on the same course. It tackles the key issue; do students learn using MOOCs and how does this compare to the much more expensive campus course? If it is true that students learn more or as much on a MOOC, then the cost differential is such that it makes absolute sense to use MOOCs for these courses. This is a solution to the ballooning costs in HE. Even of the students learn less, there is still a strong argument for using MOOCs in terms of costs. Far too many researchers ignore this key issue – the massive reduction in cost.
Enter this study on Physics. It is a introductory, review course on mechanics with an emphasis on strategic problem solving. It starts with straight line motion through to momentum, mechanical energy, rotational motion, angular momentum and harmonic oscillation. The interesting addition is the content on problem solving that requires several different concepts and approaches leading to a single solution.
1000 students who completed the MOOC (Certificates of Completion) were compared with their similarly scored counterparts on the campus course. The relative progress across all groups was roughly equal across all groups. Identical pre- and post-tests were given to assess learning gains.
Results
What surprised the researchers was that the online students did as well as the campus students, and this is the interesting part – regardless of previous academic experience, whether they had a PhD, Masters, Bachelors or high-school diploma. In fact, the MOOC generated “slightly more conceptual learning than a conventionally taught on-campus course”. But there was a further piece of analysis that was even more surprising. When comparing MOOC students with MIT campus students , even though the campus students had received a lot of extra input and instruction, the relative results were the same with “no evidence of positive, weekly relative improvement of our on-campus students compared with our online students”.
Conclusion


This is the only study of its type that I know but would be pleased to hear about more if they focus on learning outcomes. At last we are beginning to see some sensible research that cuts through both the hype and defensive posturing. Good, level-headed academics and institutions are doing what should have been done years ago – researched the learning and cost outcomes. The researchers are now going on to look at what caused the learning. This is good work and long overdue.
at September 26, 2014 No comments:

Jeff Haywood: stunning analysis of the future of online in HE (MOOCs etc)

When it comes to online learning, the University of Edinburgh, has become the most active and interesting HE institution in the UK. This is something of a surprise, after its disastrous performance in student surveys on teaching, perhaps even, a response to this problem. They do, however, have two great advantages, Tim O’Shea and Jeff Haywood, who have led the charge towards the sort of experimentation and strategic, economic thinking that put the rest to shame.


At last we have a University and academic who is sophisticated enough to think big, be thoroughly strategic, agile, consider the economies of scale with an impressive focus on productivity and costs. One of the great failures in HE planning is a serious attempt to consider actual costs, to be specific, as Lewin and Blefield recommend on detailed cost effectiveness analysis. He also has a vision of the future University, not just being more “open on the boundaries“ but more productive and efficient.
at September 08, 2014 4 comments: 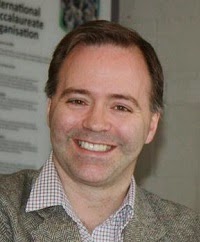 I’ve attended and spoken at literally hundreds of conferences around the world, but yesterday, on a Saturday morning, I talked to a grass-roots audience of teachers, in an east-end London school, had a school dinner for lunch (apple crumble and custard) and had an insightful time.
Run on a shoestring, by the affable Tom Bennett, it was packed with young teachers, eager to learn and eager to do better for the kids they teach. It wasn’t the usual quango-driven affair, but a genuine attempt to encourage new thinking and debate in the minds of the people that matter.  I liked the fact that I didn’t get a hideous black canvas bag, that marked me out on the tube as a twat. I liked the fact that the introductory speech was by a dedicated headmaster, talking about the very school we were in. I like the fact that Tom was walking the floor, shaking hands and finding time to speak to everyone. I liked the fact that it was all a bit messy and crazy. I liked the fact that Gove wasn’t there as planned (sacked) and that his replacement was too scared to attend after her first tussle (wings clipped on setting).
For those who attended my session on ‘The Good, the Bad and the downright Ugly: 2500 years of learning theory” thanks. For those who didn’t attend, thanks also, because I spoke to tons of you around the place. If you want to find out more on learning theory (30 mins for 2500 years was a tough call) then look here.
What did I learn? These are a bit random but that’s what I liked about the day…
1.     INSET days are a bad way to deliver CPD
2.     Alternative: more ResearchED days
3.     Alternative: more online sharing (Twitter feed was fab)
4.     Forget quangos, let’s talk
5.     Young teachers are mustard keen to learn
6.     Then again, don’t get too precious about ‘teaching’
7.     Shadow Minister for Education is anodyne


This is the sort of event that moves things on. Most of the people attended in their own time, not on the ‘payroll’. I assume that most of the speakers, if not all, did it for free.
at September 07, 2014 No comments:

Downton Abbey meets Labour Party policy. So Labour's education policies come down to demanding that private schools help us poor state folks with some private school noblesse oblige. The last thing state schools need is to be patronised by the private sector. Labour needs to be firm on scrapping their tax breaks and charity privileges. There is no evidence that private school teachers are better than in state schools. When I was a school governor that last thing we would have wanted was some private school types from Brighton College coming into our school to 'tell us how it's done'. Let's be clear here - we have NOTHING to learn from you.
After the Thornberry disaster, labour should be worried, very worried. It's not that their education policies are bad, they're downright dangerous. Hunt is remote, his policy ideas either anodyne or irrelevant. What's clear is that this continues in that grand old tradition among posh folk, that 'what was good for me in education' is damn well good for you. It is so obviously driven by his own private school experience. Like Miliband, he needs to go - now.
Earlier this year I gave a talk on 2500 years of learning theory, the good, the bad and the downright ugly. Tristram Hunt, the Labour shadow secretary of state for education was on after me in another room, so, given the impending 2015 election, I trotted off to see what the future holds.

Bad news folks. The future, if Labour win, in education, is anodyne. Tristram, who looked every inch the public schoolboy dressing down to appear like one of ‘us’, comes across as a bright and affable Oxbridge type, who is largely clueless when it comes to the real world. Son of a Blair created peer, he’s the product of that odd form of social mobility, the socialist who gives their son a posh sounding moniker and sends them off to private school. To be fair he hasn’t become a hideous freak, like Toby Young, but he may get power, which is worse. If asked what party this lad was in from this photo alone, what would you guess?
Gove Malt with a little water
He, like Gove and co, is besotted with OECD and PISA. His opening gambit was to parrot out the PISA results and worry about the looming 2018 tests. He’s already worried about falling off the leaning tower, before he’s even in power. Why? Because the next round of tests are bang in the middle of the next political term. Rather than present a real vision for education that tackles the ideological obsessions of the right, he simply buys into their vision and adds a little water to their expensive and elitist, single, malt whisky.
You’ve been quangoed
His next pronouncement was even worse. He wants to fund a ‘Royal College of Teaching’. Just as we’ve recovered from the implosion of the General Teaching Council, he wants to do that old Labour trick of quangoing a problem. This is a sop to teachers but it we’ve seen it all before. These quangos come and go. They are overfunded, badly managed, populated by previous quango-types and largely ineffective. They now have a half life of maybe 3-4 years. It’s like bonfire night. We spend all that time building a huge tower of babel, then rightly see it as a pile of rubbish and burn it down.
A little less
On vocational learning he will continue with the madness of forcing GCSE Maths down the throats of everyone right up to the age of 18, even for students who want to take a more vocational route in life. How do I know this? I asked him. He refuses to consider a separate functional maths qualification and has no real ideas on the hollowed out vocational heart of our educational system, the real reason for our low international, economic performance. The US is still the world’s most vibrant economy and they perform even worse than us in PISA.
Conclusion


I’ve been a lifelong Labour member and supporter. But there comes a time when you no longer recognise the values of a party, you drift apart. I have nothing in common with the current homogeneous crop of Oxbridge think-tank clones, who have little experience of the real word and little contact with the people they profess to protect. Tristram, Miliband and co look like ducks and if they look like…… They float across the surface, quacking away, in their neat little first suits, their little feet furiously paddling beneath but they are bereft of ideas, policies and even charisma. I had heard from others that Tristram was a Gove-light and this was confirmed yesterday, with a charming little speech that played to the gallery of teachers (tossing them a quango) but in reality was continuing with the policies Gove has introduced, just watered down a little and delivered with with a little less scorn.
at September 07, 2014 1 comment: