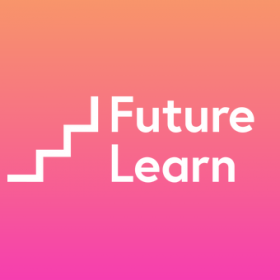 Good to see Futurelearn launch with 26 partners and add another platform and community to the growing MOOC landscape. Mike Sharples gave a clear, and honest, report on progress so far, at BETT. “We can’t compete on technology, so we must compete on the learning experience” said Mike and outlined the platform’s pedagogical approach in detail.

PLUS 1: Social constructivism squared
To be clear, I am NOT a social constructivist (see my 9 reasons why), then again neither are most of the people I hear utter the phrase, as they have rarely read any of the background theory and often parrot the two words as if just uttering them is enough to confer deep meaning. It’s always astonishing to hear people who largely ‘lecture’ for a living, express strong beliefs around social constructivist pedagogy. However, Futurelearn has people like Mike who know their stuff and do have complete belief in social constructivist theories of learning. In their case, there is a genione effort at applying social constructivist theory to the learning process through discussion opportunties on every screen. There are also mentors who ‘moderate’ the discussions, looking for hot stuff.
PLUS 2: Cohorts and peer review
A second plus is the activity groups, segmented into say 20 learners, who fill up the bus to go on a group learning journey, then the next group of learners wait on the next bus and so on. Peer review and peer assessment are also there for assignments. Your assignment goes into a pool and you get six pieces of feedback, while you also assess other assignments. This is all good stuff and I look forward to seeing how effective this ‘social layering’ has been in learning. The danger is that the 'social constructivist' approach trumps or overwhelms the quality of the content.
PLUS 3: New player welcome
The doomsayers warned us of a world dominated by one massive MOOC player. Far from being a market dominated by one platform, the MOOCosphere has a range of platforms (see analysis here) on a range of technologies offering a range of pedagogic models from adaptive and algorithmic through social constructivist to direct instruction. The MOOC moaners are usually those who haven’t persevered with a MOOC or, as I’ve found at two major conferences (WISE & Online Educa), where the so-called ‘experts’ on the panels hadn’t taken a single MOOC. It was like listening to schoolchildren struggle through a conversation because they hadn’t done their homework, as they had little idea about the functionality that supports different pedagogic models.
PLUS 4: Partners
One can quibble about the courses but some of the University partners are excellent, I spoke in detail to Hugh Davis of the University of Southampton, who was positive, level-headed and proceeding as one should in such projects, with a sense of realism combined with genuine curiosity about experimenting looking for what works and doesn’t work in MOOCs. Fascinatingly, they’re recruiting student volunteers from the first MOOC to mentor on subsequent MOOCs. That’s the spirit of innovation I like to see. The partners are the people who will make this work and so the relationships between the OU private company and the partners are important. Edinburgh, for example, has MOOCs on both Coursera and Futurelearn. I hope the OU will be as generous as Edinburgh were on their data.
MINUS 1: Not ‘open’ on finances
Once again I asked where the funding had come from for the first batch of MOOCs and once again Mike ducked the question. I asked Simon Nelson (CEO) the same question and he declined to answer. This, in my opinion, is unnecessary. We know that this has taken at least £2 million of start-up taxpayers’ money, so why not be honest and tell us? It’s our money. I know how much Coursera, Udacity and EdX have raised. The fact that it’s priming a private company is a bit worrying for many (not for me) but I think, given the disastrous IT projects and forays into other markets (US) that the BBC and Open University have tried, being ‘open’ would have been welcome. The trick now, as they will almost certainly have chewed through their original cash with expensive BBC contractors, is how they sustain the company? Mike gave a good account of the possibilities but this is achievable but only if they have some savvy business people in the camp.
MINUS 2: BBC
A great play is made of the ‘best of the UKs software talent (from the BBC)’ being used on the project. This hyperbole may come back to haunt them. The platform is nothing special. Indeed, in terms of functionality it is quite basic with no real innovations. This is not a problem, because the underlying pedagogy doesn’t need it. But the very idea that the BBC, who recently had to abandon a £100 million Digital Media Initiative having achieved nothing, makes this a rather laughable claim, as does the £75 million squandered on BBC Jam, their last major online learning project, that collapsed without a single piece of content being released. The BBC, far from being added-value, is, I suspect an expensive and ultimately unnecessary resource.
MINUS 3: Infrequent and odd courses
First thing to note is how infrequent the courses are. There’s a substantial list of courses but many are not in this month and many not until five or six months in the future. Two don’t have start dates at all – this looks very odd - don’t they have production deadlines? Then there’s the uninspiring nature of the catalogue. It looks more like a cobbled together evening list than an inspiring set of courses. To be fair it’s the universities who chose the courses, not the OU, so this is really a OU platform, not an OU offering.
MINUS 4: Design free zone.
My last worry, and this is something summed up nicely by Graham Brown-Martin, when he described Futurelearn as a ‘Skoda-level’ designed LMS. He has a point, as the branding, screens and presentation are so deathly dull. It’s like watching an unfinished, wire-frame demo. Again. To be fair, it’s early days.
Conclusion


I applaud Martin Bean and the OU for this initiative but do think it would have been a much stronger offering without the opacity on the finances and cost and baggage that the BBC bring. Nobody believes that the BBC is a world-leading software house and it’s ljust palin odd that a part-timer, someone from Radio, was chosen to lead the project. I adore the OU and see Futurelearn as a genuinely moral attempt to be ‘Open’ in HE and encourage us all to take at least one of their courses.
at January 27, 2014 18 comments:

7 curious uses of SnapChat in learning 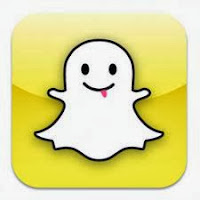 What is SnapChat?
A photo messaging service that allows you to send an image that only lasts for 15 seconds on the other person’s device. 450 million are sent a day (70% users are female)! It was invented to avoid the whole archiving of your every communicated text and social media post. It has been phenomenally successful. Be aware that, although the image is deleted, and it is difficult to screen grab (the sender knows if you try) but someone can still take an image of the screen using another phone.

1.     Massive use. The main users are 13-23 – which coincides almost exactly with post primary education group.
2.     Selfie learning. Famous for encouraging ‘selfies’ it can be used to snap anything in a learning task and encourages quick feedback from tutors or peers.
3.     Failure is fine. As it’s not saved and archived, it is suited to tasks where failure is part of the learning process and as the learner knows that the evidence will disappear, encourages evidence of failure.
4.     Add text & drawings. You can add text (up to about 40 characters) and drawings (can also be used to scribble questions) to annotate or make extra points on tasks.
5.     Group questions & answers. Group feature means tutor can send questions to groups and ask for quick answers as video (by student). Just write a question on papaer, snap and send. I like the idea of a spoken video reply. Note that this 15 second limit forces the student to think and then be succinct. There may also be ways to use it for authentication - is the student really who and wgere they say there they are?
6.     Group spaced practice. Group feature means tutor can send spaced practice reinforcement points to groups, again asking for quick replies on video (up to 15 seconds) to make sure the student has thought about the point.
7.     SnapChat Stories. These stories allow users to record a number of images and videos, up to 10 seconds, giving you longer, sequences of Snaps. It remains for 24 hours, when you can view it repeatedly and is then deleted. This can be used for more substantial learning tasks.
Conclusion


Ok, maybe this is a stretch but I’ve been trying it, and I think it works. New, mass adopted consumer services should always be considered for learning. This is not to say that they are always appropriate or will always work but SnapChat is worth a try, if only because it’s quick, fun and easy. The difficulty is in getting people to use something that’s used only for fun, for learning. Or we can make learning, fun?
at January 14, 2014 No comments:

20 fantastic uses of YouTube in learning - rise of images

When Samuel Johnson wrote his famous Dictionary of the English Language in 1755, he included many tongue-in-cheek definitions of the newer terms of the day. Here’s a few tired terms I’ve culled from 2013. I’ve tried to keep my definitions to less than 30 words.
Leadership
Tries to make out that management is somehow heroic. It’s not. It’s just difficult. Usually taught by enthusiastic people who wing it, having never led anyone, anywhere on anything.
Talent management
Like leadership, talent management tries to turn something that is complex into the sale of expensive, enterprise software. Makes HR people think they’re all Svengalis or Simon Cowells.
Pedagogy
Means the ‘science of teaching’ but usually espoused as an excuse for not doing anything different. Often used by pedagogues who like to lecture, and hand out the occasional essay.
Homework
Teachers are not foremen in a factory, so why label something designed to open young minds as ‘work’? Get your work done. Have you handed your work in? Turns learning into a chore.
C- words
Education and training is obsessed with alliterative C-words; collaboration, communication, community…. Beware of slides where all words start with ‘C’, a sure sign they haven’t thought it through.

Learnings
Learners learn but the act of learning is not the same as a lesson, especially when used in the plural, as 'learnings'. (Thanks to Margaret E Ward).
Life coaching
Get a life, not a coach!
Conclusion
The language of learning is so often pompous, misguided or downright lazy. My last word is again from the great Samuel Johnson - "People have now-a-days got a strange opinion that everything should be taught by lectures. Now, I cannot see that lectures can do so much as reading the books from which the lectures are taken. I know nothing that can be best taught by lectures, except where experiments are to be shewn. You may teach chemistry by lectures:-- You might teach the making of shoes by lectures!"
at January 01, 2014 1 comment: