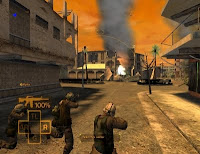 Fireworks in Berlin at 'The Big Debate', where Aric Sigman and I locked horns on the question:

“The increasing use of technology and social software is damaging students' minds and undermining the benefits of traditional methods of learning”.

I argued that it improved students’ minds and enhanced the benefits of traditional education.

'Facebook causes cancer' was a headline from the Daily Mail this year, sparked off by a paper written by Aric Sigman, in a peer reviewed journal called ‘Biologist’ (Well connected? The biological implications of ‘social networking’). Ben Godacre, Doctor and award winning journalist, author of Bad Science, and a debunker of some renown, took Sigman to task on Newsnight. It’s as good a demolition job as I’ve ever seen on Newsnight and I’ve seen a few. Even Paxman thought he was a nutter! (Also watch out for Susan Greenfield's admission that there is NO EVIDENCE.)

Back to the debate. I followed Goldacre’s line and attacked the original paper on the grounds that the papers Sigman cited did NOT mention social networking and were largely about medical effects in people over the age of fifty, in some cases even older.

Study of women over 65

US sample of elderly adults

On top of this, on one citation, he deliberately failed to mention that the authors Kraut R et al (1998) (Internet Paradox: A Social Technology That Reduces Social Involvement and Psychological Well-Being?) who had discovered small negative effects of using Internet on measures of social involvement and psychological well-being among Pittsburgh families in 1995-1996, had in Kraut R et al (2001) (Internet Paradox Revisited) had changed their minds, “In a 3-year follow-up of the original sample, we find that negative effects dissipated over the total period. We also report findings from a longitudinal study in 1998-99 of new computer and television purchasers. This new sample experienced overall positive effects of using the Internet on communication, social involvement, and well-being.” That is more than cherry-picking by Sigman, it’s deception.

In fact the evidence, that Sigman knew about, but deliberately ignored points to the opposite:

“The results support the hypothesis that the relationship between loneliness and preference for online social interaction is spurious.”

“greater use of the Internet as a communication tool was associated with a lower level of social loneliness.”

Tanya Byron was commissioned to look specifically at these issues by the UK government and in a well conducted and level-headed research project, collected a” vast array of evidence…commissioned three literature reviews:

Annexes F, G, and H and at www.dcsf.gov.uk/byronreview

Some of her conclusions, relevant to this debate, were that, “there is no clear evidence of desensitisation in children”, “children actively involved in sport play on consoles for same amount of time as those who are not” and “technology specifically useful; for those with learning difficulties and disabilities”.

US Department of Education Study

In support of my proposition that technology enhanced education I then quoted from the US Department of Education’s study ‘Evaluation of Evidence-Based Practices in Online Learning: Meta-Analysis and Review of Online Learning Studies’ which looked at data from 1996 to 2008, selecting rigorous, measurable effects, random assignment and the existence of controls, “The meta-analysis found that, on average, students in online learning conditions performed better than those receiving traditional face-to-face instruction.” and “Instruction combining online and face-to-face elements had a larger advantage relative to purely face-to-face instruction than did purely online instruction.”

Finally I pointed toYouTube EDU, iTUNES U, Open Learn, MITOPENCOURSEWARE, Project Gutenberg and the Hole in the Wall project to show that there are some wonderful examples of enhancement.

Aric Sigman is the academic version of Sue Palmer, cherry-picking luddites who have books to sell, with titles like ‘Toxic Childhood’ and The Spoilt Child’. They’re part of a ‘parenting industry’ that creates and thrives on fear. It’s people like them that are promoting helicopter parenting and risk averse attitudes that lead to kids being locked up indoors, not the technology.

We won the vote. I have to say that it was a great format and really got the juices flowing. Conferences should have more of this.

One last point. Sigman claimed that kids spend on average 7.5 hours a day online. I challenged this but he stuck to his guns. Now I don't know about you, but but mine would have to switch on the minute they got back from school and stay focussed until midnight every night without going to the toilet, eating etc. This figure alone makes him look ridiculous.

Here’s some tweets and a blog post on the debate:

Why blame technology for something that depends on the home environment, parents must take responsibility for childrens learning

by the way, nasty of Aric to slag Ben Goldacre..he's not a journalist but a doctor and specialises in statistical misuse

The Brits are demonstrating how to run a controversial debate. Fun.

Lectures on YouTubeEdu are improving education. Teachers get a larger audience

Donald Clark: Aric's studies based on the elderly, not using social networking

Sigman does not understand that social software is very social

listening to Aric Sigman I start to think we should call it OFFLINE Educa next year.

Aric Sigman: North Korea as the model for modern education - teachers get respect!

The sessions were rounded off with a 'debate' on the proposal that the internet is destroying our children's minds. A motion led by Aric Sigman who shouted and attempted to scare everyone. His extremely aggressive style offended some, particularly those unfamiliar with him (the vast majority of the 2,000+ international delegates), but for others gradually seemed like a raving madman. He attacked the audience as being pushers of this mind-rotting technology..not a great debating tactic, but he gives the impression of a man who cares about nothing other than his ego which was bloated by the use of the video projection screens, sadly.

He then was robustly challenged by Donald Clark who did a great job and was happy enough to show some passion and contempt for the scaremongering. The next two speakers were less effective. Bruce 'the Brute' (see Private Eye) Anderson, a veritable caricature of a fleet street hack, his tie slung askew muttered along the lines of trying to support the motion but being 'reasonable' (the old good cop/bad cop pairing), then some guy 'from Silicon Valley,' Jerry Michalski gave a fairly anodyne response to that...his analogy of the development of the 'automobile' with the net currently being at Model T wasn't a good one for a European audience, as a bicycling Dutchman commented!

Anyway, what needs to be said to those unfamiliar with Dr. Sigman is that cherry-picking (ie selective use of some reports and wilfully ignoring of other contradictory findings) seems to be his speciality, as pointed out by Ben Goldacre who he seemed to have a pop at during the session. If you want more on this aspect and some examples then visit this link.