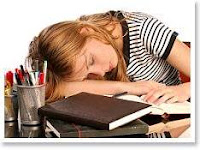 You can't go for more than 30 mins at an educational conference without hearing the phrase 'learning styles'. It's one of those fixed narratives trotted out by every teacher and educational academic in the land, without the slightest concern about whether there's any evidence that they're useful or whether they even exist. I've posted Coffield's research in the past, which I thought would finally put paid to this madness, but no, almost every school in the land trots through this stuff in useless INSET days.

So thanks to Wil Thalheimer for this blog post. The Association of Psychological Science commissioned a review of the evidence for the benefits of using learning styles, and the report is clear.

"We conclude therefore, that at present, there is no adequate evidence base to justify incorporating learning-styles assessments into general educational practice. Thus, limited education resources would better be devoted to adopting other educational practices that have a strong evidence base, of which there are an increasing number. However, given the lack of methodologically sound studies of learning styles, it would be an error to conclude that all possible versions of learning styles have been tested and found wanting; many have simply not been tested at all. (p. 105)

Surely, someone in charge of teacher training will finally kill this stuff off, before we stereotype learners into pigeon-holes which limit, rather than enhance, their educational aspirations.

Up in The Air – movie for Boomer airheads

Up In The Air is every baby-boomer’s wet-dream. It’s narrative crack for the sentimental, story loving middle classes. A nasty, chemical concoction of conceits.

Ingredient 2 – Sentimental (but patronising) view of marriage among poor people. The wedding scenes are so clichéd, cloying and inauthentic that it’s an insult to the people bearing the brunt of job losses, largely caused by assholes talking down to them. The groom is a cartoon character with unreal dialogue and played as a buffoon; the bride as a bubbling child. The older sister character is much more interesting but she’s subsumed under this pathetic sub-plot.

Ingredient 3 – Young person introduces then turns her back on technology. Baby Boomers just love this. Bright young thing just doesn’t get it (technology bad – face-to-face good) – then she does. It’s us Baby Boomers teaching them young ‘uns a lesson. And what’s the lesson? When it comes to sacking people, do it face-to-face, with a smile. Wow.

Ingredient 4 – Use real people to get emotional response then ignore issue. This is criminal. Real people are used for the interview scenes and finale, and their plight is in no way helped by appearing in a sentimental rom-com, where they’re mere fodder for a feel-good plot. The fact that they’re real people, being exploited again, makes me want to tear the Director’s throat out.

Ingredient 4 – Barely disguised advert for Hilton and American Airlines. Does the Director have no sense of irony? Having paid for huge dollops of crude product placement, one could reflect on the fact that both organisations have been sacking staff like crazy. Take the 7000 jobs from American Airlines and the 1000 and more from Hilton. There’s something creepy about naked capitalism when it’s worming its way into your consciousness through indirect advertising in a movie that decries the very behaviour you exhibit.

In the end this is a thinly disguised rom-com for cosy people who have jobs and don’t care much for those who don’t. By avoiding the main issue, job losses and redundancy, it redirects the audience towards an anti-technology message. This is bullshit. The 'sack people using videoconferencing' idea is fantasy, job losses and the pain of redundancy is not. If Clooney gets an Oscar for this, it will rival Obama’s Nobel Prize as most misplaced award of the century.

The iPAD puzzles me. What is it useful for? In the Steve Jobs launch we saw entire newspaper pages on the screen – but people don’t read entire newspapers online. I prefer online stuff because I don’t have to have contact with the fashion, style, food, sudoko, court circulars, minor sports and supplements that are of no interest to me. I want good articles, not entire newspapers.

Similarly with magazines; I don’t want the full page ads, problems pages and topics I’m not interested in. The web allows me to click to the quick and not be a slave to the editor’s narrative arc. The iPad is the dying device of the narrative nimbies who can’t face up to the fact that the limitations of pressed and printed paper needn’t carry over to the web.

Newspaper and magazine types aren’t salivating over the iPAD, they’re scared, because they’re no longer in control of the product and its distribution. In any case, they're followers, not leaders. The blood is being drained from them minute by minute, by the sharper, vampire medium that is the web. We no longer need the editorial narrative of a newspaper or magazine. That was just a function of content that had to be bundled and bulked out to make it commercially viable to distribute. One page newspapers and magazines make no sense.

The iPads is big on sit back and watch media; weak on lean forward, user-created content. It’s a narrative media device, not a communication or create content device, a TV screen with web access.

My generation have been fed on a diet of fixed narratives. They’ve lapped up TV, movies and books for so long that they can’t see beyond its limitations. It’s their end-game, amusing themselves to death on stories. There’s nothing wrong with narrative-driven media – movies, novels, TV programmes, theatre – but to the exclusion of everything else? Bounded in the nutshell of packaged programmes and print, they can’t imagine the infinite space of created content and collaboration.

Groups for them are cosy little, middle-class book groups or film groups, chewing over a narrative that is clean; has a start, middle and end, and is professionally packaged. They can’t comprehend a medium that is simply a flow, with no narrative, no start, no middle and no end. It’s this open-endedness that scares them. They have become so used to consuming fixed narratives that they literally can’t imagine using a medium where it’s absent.

Why do otherwise open-minded people screw their face up when you suggest they use Facebook or Twitter? What do they fear? You can hear it in their responses to Twitter, “But what’s the point of telling people that you’re having a cup of tea….” (I’ve heard this particular line several times). Yet, rather than try it for even a few minutes, they’d rather let their love of narrative media condemn new media as a waste of time.

Email is enough to send them into a frenzy of worry about inboxes that never empty. That’s the whole damn point folks. It’s meant to fill up. There is no closure on email, Twitter or Facebook, because there’s no closure on life. Life goes on and Facebook and Twitter are the visible comet tails of those lives. It’s a never ending story, then you die!

So, for me, the iPAD is a backward, not forward looking device, that attempts to throw the trawl net off the back of the ship and scoop up all of those sinking fast narrative media, like newspapers and magazines, or the more solid bottom dwellers like movies and TV. But how many of us watch movies and TV on the move, some but precious few. And here's the really bad news for the narrative nimbies - iPAD users will have to get used to lots of blanks in the stories, because there's loads of Flash out there.