Is debate around 'bias in AI' driven by human bias? Discuss


This is an important issue being clouded by often uninformed and exaggerated. Positions. AI is unique, in my view, in having a large number of well-funded entities, set up to research and advise on the ethical issues around AI. They are doing a good job in surfacing issues, suggesting solutions and will influence regulation and policy. Hyperbolic statements based on a few flawed meme-like cases do not solve the problems that will inevitably arise. Technology is almost always a balance up upsides and downsides, let’s not throw the opportunities in education away on the basis of bias, whether in commentators or AI.
at December 23, 2017 1 comment:

10 uses for Chatbots in learning (with examples)

As chatbots become common in other contexts, such as retail, health and finance, so they will become common in learning. Education is always somewhat behind other sectors in considering and adopting technology but adopt it will. There are several points across the learner journey where bots are already being used and already a range of fascinating examples.


Finally, this at last is a form of technology that teachers can appreciate, as it truly tries to improve on what they already do. It takes good teaching as its standard and tries to support and streamline it to produce faster and better outcomes at a lower cost. It takes the admin and pain out of teaching. They are here, more are coming.
at December 17, 2017 2 comments: 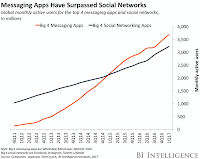 
Chatbot interfaces can be fully scripted using no natural language processing at all or they can use varying levels of NLP to allow for variations on input. At the simplest level it can cope with synonyms and different word order. Large services by the big players, such as IBM and Microsoft offer much more naturalistic interfaces. Whatever your choice, regard the dialogue interface as something separate.
at December 14, 2017 No comments: