AI has and will change language learning forever

Should you listen to music while studying? No... here's why

There are those who extoll the Mozart Effect, I know of one who extolled the virtues of playing Mozart to her children when they were very young and when they were learning. This, she claimed, had been proved scientifically to improve IQ and their ability to retain knowledge. Remarkably, she extended her claim to the foetus.
This baloney was sparked off by a paper in Nature by Rauscher, Shaw and Ky (1993), which showed a small improvement in spatial reasoning score (very specific), the effect lasted no longer than 15 minutes, then disappeared. The theory also disappeared, as several follow up studies could not replicate the effect. Rauscher herself, disclaimed the idea, saying that they had made no claim linking the playing of Mozart to intelligence. Chabris and Steele in a meta-studies paper in 1999 put the nail in the coffin by showing that such effects are merely the result of short-term and temporary ‘enjoyment arousal'.
But education can never resist a fad and there's always someone in education who can't let a bandwagon pass  in this case Don Campbell, who published The Mozart Effect (1997) and The Mozart Effect for Children. These books are, quite simply, bogus. His claims bear no resemblance to the actual research and, if you have this idea floating around in your brain, it’s largely down to him trade-marking the effect, then publishing these books, that were then taken up by lazy ill-informed journalists. This is how it ended up in the minds of so many parents and teachers. It was even funded and applied in some states in the US, notably Georgia and Florida.
Music in general
On the general proposition, that listening to music helps one learn, we have to be as equally careful. There is a large and complex literature on this subject, testing the effect of music on various cognitive phenomena and there is some evidence that it improves mood, even motivation, but one must be careful when it comes to actual learning.
In this interesting study, silence is used as a control, along with the two major components in popular music - music and lyrics. Perham and Currie (2014) created four groups:
Silence
Music without lyrics
Music with lyrics they liked
Music with lyrics they did not like
Results
The sample (30) was small, and I'd like to see this replicated with a larger group but the results were interesting:
Revising in silence was signifiantly better than revising while listening to music with yrics (liked or disliked)
'Silence' and 'music with no lyrics'
Revising to 'music without lyrics' was produced better scores than revising to 'music with lyrics'
Revising in 'silence' group could preict olearning outcomes better than other groups


When retention and transfer were tested the groups with ‘music’ performed worse than those without music. This is a well known phenomenon where cogntitive overload inhibits learning.
Why?


It's to do with the overloading of working memory, especially with spoken words. One quick experiment you can do with your kids, or students, is to take a random page from a book on a subject they are unfamiliar with. Now tell them to read it in silence. Now choose another page and ask them to read it while repeating the word ‘boing-boing’ over and over. They will be unable to meaningfully learn from the text. The reason is the overloading of working memory, the phonological loop to be exact. Music takes up valuable bandwidth, therefore inhibits learning.
Conclusion


It may be devilishly difficult to convince your offspring that music is bad when they’re studying but when faced with a 60% differential it may be worth telling them about this study. There is lots of bad advice around study techniques that focus on superficial, low retention study methods and ignore attention, effort, retrieval and deliberate practice. No doubt some wag will tell us that music is good for those with an auditory learning style... that's also bullshit.
at March 15, 2018 1 comment:

Why is online learning ‘all fur coat and no knickers’? Media rich is not mind rich

Online learning has gone down the ‘all fur coat and no knickers’ route. It’s more presentation than pedagogy, more look and feel than learning. Rather than focus on what makes learning a success in terms of understanding, retention and recall, it allows the learner to skate across the surface of a thin layer of crisply designed but thin ice. It often creates the illusion of learning by illustrative graphics/animation that, as Mayer often showed, actually inhibit rather than help retention. That old adage, which is as good a summary of learning theory as any, that ‘less is more’, has been abandoned by a glut of over-engineered graphics, animation and effects. We design for forgetting.
Google 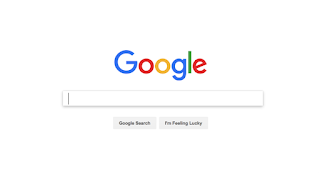 Rather than taking our lead from the most successful online services the world has ever seen, such as Google, which has the simplest, most successful and most alluring interface ever seen, we wallow in an agency-model that delivers a diet of over-designed cartoons, stock images, animation, badges, gamification and every other damn distraction we can think of. ‘Keep It Simple Stupid’ has been replaced by ‘Keep It Stupid Stupid’. Google focus on back-end functionality to deliver a superb service, not front-end visuals. So should we.
Amazon

Take the world’s most successful retailer, Amazon, with 44% of all online sales. They are obsessed with customer behaviour and simplification – not aesthetic design. Their website could be described as quite ugly, but it’s a masterpiece of cognitive simplification and the design of process and success, not aesthetic ‘look and feel’. They are successful because aesthetic design isn’t the point – selling and buying is the point. Similarly in learning – teaching and learning is the point. Like Google, they focus on back-end functionality to deliver a superb service, and do not rely on front-end visuals.
Social media
One could hardly describe Facebook and Twitter as relying on their designed interface or images for success. There are no Facebook or twitter images, there is no animation, only a core, scrolling timeline that draws you in and a simple interface that gets you typing stuff in. They understand that the goal is interaction, not spoon feeding, that the software behind the skin is where the real power lies. They understand that less is more.
Successful learning design
So how should we design for success in learning? First up, we need to focus on the outcome – successful retention and recall. This is our equivalent of Google's ‘finding the right thing' so that we click on it’ or Amazon’s ‘offering us the right thing so we buy it’ and Facebook/Twitter’s ‘interaction with others’. This comes down to a few simple principles:
1. Effortful design
Forget the graphic/text/graphic/text/MCQ model for one moment and think about the simple fact that the learner really does need to make the cognitive effort to learn. You have to make them think and act. The online learning industry is obsessed with the MCQ and their awkward cousins, the T/F, drag and drop and so on. Multiple choice questions are light touch, give the answer anyway and are poor on retention. That is because they are weak in terms of effort. You are not making the learner recall the answer from their own brains, rather, they are choosing from a list. It's an act of recognition. These interactions bear no similarity to how people actually use what they learn in real life. You have to know stuff, recall stuff, not pick stuff from lists or drag words from one place to another. If you don’t you’re designing for forgetting. So move to open input.
2. Simplicity
Google, Amazon, Twitter, Facebook, Netflix and every other online service, allows you to scroll down the page. They have largely abandoned the online learning, fixed-page model. Most online learning vendors have scrolling on their own websites but when it comes to learning design they default back to some old-school, fixed-page turning model. Sure you need to chunk material down but electronic page turning through coffee-book designed pages, is not the answer. No need to be flashy, Flash died for a good reason. You need to cut things down, get rid of those extraneous graphics – those stock photos of people in offices, looking at computer screens, managers smiling inanely at each other., patronising cartoons.... You also need to cut the text until it bleeds, then cut it some more. A good editor is of more use than a graphics designer. Forget those dull learning objectives at the start of your course, all of that Michelin-man padding. Sure, adhere to some simple rules on branding, through logo, palette and font – that usually means pre-defined colours but don’t get fixated on superfluous elements that distract. Your goal is learning and retention not aesthetic pleasure.
3. Get smart
Stuck in a flat HTML world where all the effort goes into page design and a flashy CSS, the online learning world hasn’t learnt from Google, Amazon, Facebook, Twitter and Netflix. AI is the new UI. As all the effort goes into the surface skin, there is no smart delivery behind the front-end. Google is pure AI, Amazon’s huge AI platform delivers what you see with subtle recommendations based on your personal behaviour and the behaviour of others. Social media is mediated by AI as is Netflix, which is why it has conquered the globe in the entertainment industry. Yet in online learning we are stuck with flat pages of HTML, with a few branches. Look at AI, that is now the real world.
Conclusion


We are in this pickle because we do not pay enough attention to learning theory. Anyone can say ‘that looks nice’ few can say ‘that’s great learning’ and justify their claim. What to do? Let’s get smart by using smart, behind the scenes software to drive the delivery of online learning. Let’s be honest and say that what we had was OK for that time but it’s time to move on. Let’s drop the idea that it’s all about ‘design’ and focus on functionality and leaning outcomes – what we actually retain and recall. Let’s stop being a nation of online shop, window-dressers and focus on learning, which is why we need newer tools and services, that can deliver effortful learning and work to principles of cognition that lead to learning not just looking.
If you're interested in this direction contact us on WildFire - the world's first AI-driven content creation tool. Or try a different approach.... adios....
at March 05, 2018 5 comments: