Jeanette Winterson was big in the eighties or was it the nineties? Oranges have indeed proved to be not the only fruit and I liked her Lancashire accent. She never trotted out the usual tropes. Maybe that’s why you never see her these days. She thinks a bit too deeply for television. So I had high hopes for 12 Bytes: How We Got Here, Where We Go Next, a dozen essays on AI.

Unfortunately it is bitty and lacks byte. Just as you think an interesting door is opened, it turns into a trapdoor and you are yet again hit over the head with some odd reading of science, AI or history. She claims, up front, not to be a luddite but that’s flattering to deceive. The book is too much of a diatribe. It's become an all-too-predictable genre.

It starts on the well trodden path of placing Ada Lovelace and Mary Shelley centre stage in the history of AI. They were and they weren't but it sells books. It is nowhere near the clarity of Isaacson in his book Innovators and fails to recognise the difference in history between the causal and commentary. Ada contributed nothing to mathematics. Her contribution was that she speculated on the power of mathematics in relation to reason and thinking, it was imaginative and prophetic but that was it. Newton, Leibniz and her contemporary Boole are given short thrift, while the towering Bayes and Laplace aren’t mentioned at all. Isaacson was right in that Lovelace developed a “somewhat outsize opinion of her own talents” and was “never the mathematician her canonisers claim”. Her Noites by the Translator to Menabrea's Memoir had four interesting thought experiments about general programming, the use of different symbolic systems, the concept of a computer programme and the questions 'Can machines think?' (her answer was no).

Among talk of ‘digital natives’ in the essay Sci-Fi to Wi-Fi ro Me-Fi, there’s a mention of D-Fi, Decentralised Finance. This is a good example of a topic that could have gone places - it didn’t. Some of the theorising is is just plain barmy. In He’s not heavy, He’s my Buddha she presents an embarrassing bit of of cod philosophy, where the claim is made that Einstein proved the Buddha correct, because mass and energy are the same. Pass the joint.

In Coalface Vampires who enters stage left? Oh no - it's Kurzweil. And once again Frankenstein and Vampires are hauled in, confusing literature and movie monsters with actual history. Robots like Pepper, Sophie and robot pets are rolled out and to be fair she’s relaxed about this, as we adapt them to our needs. But then the trapdoor opens and sex dolls, though they have almost nothing to do with AI, are the devil's work. In truth, they’re at best big bits of plastic or silicone, with a crap chatbot. It's the all too predictable diatribe against men who are led by their penises (fair point). The argument seems to be that men are bad therefore sex toys for men are bad. Dildos, however, that objectify men down to plastic or rubber truncheons, are good. Go figure. Logic, at this point, had been not only abandoned but massacred.

Fuck the Binary is a very confusing essay. Among all the usual contemporary de-anchoring of language from reality, there are statements like “Humans are not nature/nurture. Humans are narrative.” Well that’s sounds awfully binary to me - and plain wrong. In fact, they’re all of these, it’s complex. There’s a lot of reductionist claims in the book. Simon Baron-Cohen, a world authority on autism, gets it in the neck for no other reason than suggesting that some cognitive fatrues show sex differences (like autism). She puts any academic positions different from her own position literally down to "mansplaining".

Things get going on EMAC and Bletchley park, with their significant and erased female contributions but the worst is saved for last in I love, therefore I am, with its cod philosophy “neither Skinner nor Watson could accept the fact that the observer and observed couldn't be separated, a fact quantum physics has proved”. Where do you start with this nonsense?

When novelists turn their hand to AI, especially English novelists, they fall into that Romantic tradition of seeing the world as being destroyed by these infernal machines and this book, like so many, gets stuck in the 19th century, misreading AI as machines (robots). Ada Lovelace was Byron’s daughter. and she herself confused musings with maths. Winterson defaults back to this Byronic romanticism, confusing AI with robots, and arguments with bon mots. 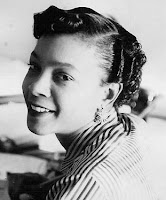 Mamie Clark was the first black American to gain a PhD in experimental psychology. Her research into the effects of segregation by race in schools, using dolls, on self consciousness and attitudes on race were to have a profound influence on the legal progress in the civil Rights movemen and she continued to be an activist throughout her life.

Dolls had been used as an experimental technique before Clark used them  in her race segregation work. Clark and her husband worked with 300 children aged 3-7 asking them about four dolls, identical except for colour. They wanted to identify what perceptions and preferences that had of the dolls. They found positive perceptions and preferences for the white dolls. They inferred that segreation and discrimination had caused a self-perception of inferiority. Variations on the preference experiments included colouring in images of outlined figures, where the black children used yellow or white.

Brown v Board of Education

Clark’s doll research was used as evidence in this landmark case, in 1954, in which the USSupreme Court ruled that segregated schools were unconstitutional. It was a key victory. The case started when Oliver Brown’s daughter, from Topeka Kansas, was refused a place at her nearest school and had to be bussed to a school at some distance from her home. Thirteen families in total filed a class action and evidence that included the doll studies from Kenneth and Mamie Clark to support the idea that black children were being damaged by being made to feel inferior through school segregation, were used to win the case.

Early work on race, as well as having a direct influence on civil rights legislation at the highest level, was to influence many other subsequent researchers. As segregation in schools and other places was abolished, attention shifted not just to the self-perception of black children towards race but, just as importantly, the racism that exists in others.

(1939). "The development of consciousness of self and the emergence of racial identification in Negro preschool children". Journal of Social Psychology. 10 (4): 591–599. 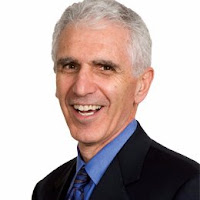 Robert Marzano is a strong believer in evidence-based practice. He has researched and recommends practical strategies for teaching and learning in schools. Although he has a general instructional framework and is quite precise in his recommendations, he also recognises that actual teaching requires a high degree of fluidity and integration. The teacher must let lessons flow and momentum must be maintained, where the teacher observes, adapts and varies strategies. Above all they must keep discipline by spotting disruption and taking practical steps to dampen it down. He had published many books on both theory and practical teaching.

A New Taxonomy of Educational Objectives (2000) is an attempt to move beyond Bloom’s simplistic taxonomy, with a more researched and practical taxonomy. He proposes three systems:

1. Self-System is about motivation and deciding to move forward therefore involves what emotions and beliefs the learner has about the importance and efficacy of knowledge.

2. Metacognitive System is where one reflects on one’s learning strategies, such as goal setting, being aware of and improving your own learning process and whether you are progressing.

3. Cognitive System then deals with the actual taxonomy of knowledge, retrieval comprehension, analysis, and knowledge utilization.

Marzano’s also gets very specific on practical learning strategies, which appeared in Classroom Instruction That Works (2001):

Aware of the often sidelined issue of poor student behaviour and discipline, recognising that up to half a teacher’s time is on discipline, he also provides practical advice on managing behaviour:

Although primarily known in the US, where his influence on US teacher training has been considerable. His evidence-led theory is translated into practical recommendations. Marzano widens out from a general taxonomy to specific recommendations, not only on instruction but also, and deliberately, while controlling disruptive student behaviour. He also recognises that specific tactics must be seen within the content of the holistic flow of a successful lesson. This is what gives his theories real traction.

Marzano, R.J., 2007. The art and science of teaching: A comprehensive framework for effective instruction.