Journalist Stuart Jeffries visciously attacked the young today, calling them ‘illiterate slobs’ and ‘sub-articulate chimps’ in The Guardian. Why? Just because they don’t capitalise, tend to shorten words, and use emoticons in emails and messenger! What a daft old bugger.

Reverse ageism
This is reverse ageism or ‘youngism’. These online media have more in common with conversation than letters. Jeffries, a journalist, is simply hankering after the world he knows best – communication on paper. Users of new media don’t see email as letters-on-screen. It’s more like speech than writing, full of hesitations, asides, jokes - the sharper and snappier the better. Have you ever heard of someone stopping a conversation in mid-sentence saying, ‘Sorry, you misses an apostrophe there, it should have been a plural possessive with the apostrophe after the ‘s’?

Frumpy netiquette
Jeffries belongs to the frumpy, Lynn Truss school of literacy etiquette and quotes all sorts of etiquette and netiquette maniacs. The Truss book was devoured by those who think that, not knowing the twenty different ways to use a comma means having lost your moral compass. Older people tend to want to cling on to quaint ways in digital communication. They’d like us to stick doggedly to Dear Mr X…Yours sincerely/faithfully… (Is there anything less faithful or sincere than these terms?). He quotes one bizarre netiquette advisor who recommends ending emails with, ‘At your service…’ and ‘Virtually…’. One is stupidly servile, the other ridiculous.

Texting
Young people often prefer texts to speech on mobiles, not just because it’s cheaper, but because it’s better and shorter, more like dialogue, and more fun. They don’t shorten the words because they’re lazy or want to annoy their parents, it’s just easier to type in, and read at the other end on a small screen. It has nothing to do with standards of literacy.

One could argue that it indirectly promotes illiteracy. In fact, research from the University of Nottingham has shown that good texters have high levels of literacy. The most fervent texters turned out, surprisingly, to have the highest scores on traditional literacy tests. It is thought that it supports a deep phonetic understanding of the structure of language, essential for good literacy and spelling.

Messenger
You’ve really got to use this medium to get a feel for its unique form of dialogue. You’ll soon find yourself abandoning correct spelling, transposed letters in words due to poor keyboard skills and ditching punctuation and capitalisation. It’s the communication that counts. We don’t punctuate and capitalise in speech and similarly in messenger.

An added dimension in messenger, is the ability to link to images, sound and video, and other web sites, while conversing. This can enrich a conversation in a way that is impossible when you are not online. It’s a hybrid of online and offline communication where the sum of the parts can be greater than the whole.

Emoticons
Emoticons, in particular, drive older people crazy. Yet, in messenger, and in email, they can add some fun, even nuance, to the message. They work better in messenger, as it really is a form of conversation, not written communication. I suspect it’s because the middle England is uncomfortable with expressions of emotional intimacy that they react so badly to what is seen by young people as a blatant bit of fun.

Letters are mostly bills or junk
When I come back from holiday, I have to wade through ankle deep junk mail. This is what the world of letters has descended to, envelopes designed to trick and con you into opening them (disguised as official communication), crass design and promises of non-existent prizes. Letter writing is now the art of older, marketing people selling to other older people, the only group still hanging onto the joys of opening an envelope. My kids never open junk mail. Only older people look at this stuff.

Even worse, letter writing has become synonymous with polite extortion through bills and bad news. Utilities companies and banks will send incredibly polite letters correctly headed with appropriate warm greetings and sign offs, while they rip into you with excessive charges and penalties. They’ll mug you, albeit with high quality prose.

Renaissance of writing
Never in history have so many young people written so much to so many on a daily basis, almost obsessively communicating through written language. The fact that it doesn’t conform to some outdated, linguistic idea of language, frozen in time (always your time) is not the point. They understand the fluidity of language, are fully expressive and live in the context of bountiful, online, social networks we older people can barely imagine.

When I was young I barely wrote a word that wasn’t formal homework or the occasional letter to a penpal, which took weeks, both sides giving up through sheer boredom. We have gone from formal and occasional to informal and hourly communication in the space of a generation. More power to their texting elbows.

Language changes, shifts, expands its vocabulary, drops its dead wood and develops through new dialects. We should celebrate this diversity, not squeeze the life out of it by making it conform to some home counties, Trussed-up idea of etiquette. Resistance, even that most fascistic form the French Resistance (Academie Francaise) who have tried, in vain, to fossilise and protect language, is futile. Language lives, breathes and progresses.

Baby-boomers reflect
We baby-boomers ought to reflect on our propensity to blame the young for a drop in standards. We’re the people who have trashed the planet, treating it like a playground and dumping ground, not them. They’ve got it sussed. Why destroy the planet for the sake of having paper conversations? Get online and help save the planet rather than complaining in wasteful newsprint about something you don’t understand. 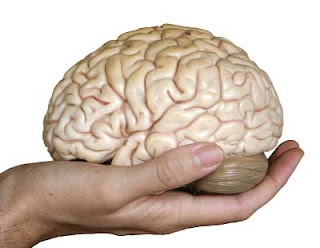 Want to see the future?
Watch this. Mindblowing demo. Just watch - you get it immediately.

Regarded as the technology talk of the year at TED. The first demo is fantastic, then comes the 3D image of Notre Dame Cathedral taken from ordinary Flickr images. Also astonishing. The implications are that socially created data can be used to create something even greater. Masses of hyperlinks are used to create deeper meaning - amazing.
at June 01, 2007 3 comments: