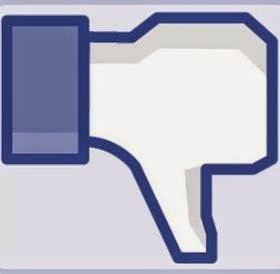 
3) anything that gets invented after you’re thirty is against the natural order of things and the beginning of the end of civilisation as we know it until it’s been around for about ten years when it gradually turns out to be alright really.
at August 30, 2014 1 comment:

Must watch freakout: 10 reasons why Facebook is good for Oculus Rift


Leaving Facebook as evil totalitarian corporate aside, there are several predictable risks that may befall this deal. First, in catching this butterfly they may crush it. I don’t think this is likely as Cory Ondrejka is leading the show and it is not in Facebook’s interest to blow $2 billion on something they let be destroyed. Second, they may play the wrong game and force everyone through some dystopian route. This I doubt as we’re not in some David Eggers novel here. This is real cash and a real business. They want the Oculus to enhance their business not make people hate them or leave Facebook.
Conclusion
Whatever the outcome, I hope it succeeds. It was a bold move and I like boldness. I also like the story, a long, hard trail of research and pioneering work, comes together through a visionary and crowdsourced investment, taken to the whole world through a social media company. I want us to escape from Disney, Time Warner, Murdoch and all the other media companies that try social media and tech, and usually fail. It’s time to move on and give the new kids on the media block a chance.
at August 28, 2014 No comments: