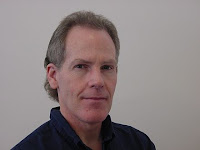 David Geary brings an obvious but often ignored theoretical influence to learning theory – evolution and evolutionary psychology. He claims in The origin of mind: Evolution of brain, cognition, and general intelligence that it is difficult to see learning theory without understanding that how we learn has been largely shaped by millions of years of evolution. This is why some things are easy to learn, others hard.

With the focus on primary and secondary learning, Geary’s beliefs on motivation and control are often overlooked. He believes that our motivations, intrinsic and sometimes extrinsic are also subject to evolutionary influence. Our natural tendency to be distracted and not focus for long periods on abstract knowledge makes teaching and learning difficult. Understanding motivation, control and attention is therefore important when understanding both teaching and study skills.

Geary refers to folk psychology as your natural cognitive state, where you speak, listen, recognise faces, assume others have intentional minds, see some as kin, others as outside of your group. In a sense we do not ‘learn’ these abilities, they are universal and come naturally to all humans. The problem in learning, is that these intuitions often have to be replaced by counterintuitive knowledge, especially in science.

We also have a folk biology, natural knowledge about flora and fauna, what is good for us, possibly dangerous. He speculates that this formed the foundations for our scientific classifications until corrected by later evolutionary and genetic science. We make natural assumptions about other species and their natural environments. Sometimes this folk biology works against the teaching and learning of biology, especially evolution. Our natural focus is on the similarities across a species, yet it is variation and reproduction that drives evolution. Evolutionary theory runs counter to our natural intuitions.

Folk physics includes false notions of motion and other physical phenomena. The classic example is the common belief that, when thrown, objects such as balls or arrows have an internal ’impetus’ that drives them forward. Newtonian physics showed this to be false. This belief in ‘impetus’ inhibits the teaching and learning of forces and natural laws that show ‘impetus’ to be a fiction. It quite simply does not exist. This folk physics can persist to prevent understanding of centrifugal forces and other beliefs such as flight using aircraft wings.

In the rush to see all learning as social and environmental and to deny pre-existing genetic (read evolutionary) influences, biology is often ignored. Geary brings evolution and biology back into play as not only an explanation for why we learn some thins with ease but have difficulty with others. His primary-secondary distinction is a useful underlying theory as it is both explanatory and guides us identifying false assumptions in learners as well as a framework for instruction.