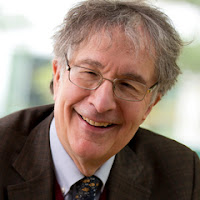 Howard Gardner’s theory of multiple intelligences is opposed to the idea of intelligence being a single measurable attribute. His is a direct attack on the practice of psychometric tests and behaviourism, relying more on genetic, instinctual and evolutionary arguments to build a picture of the mind. He also disputes the Piaget notion of fixed developmental stages, claiming that a child can be at various stages of development across different intelligences.

He viewed intelligence as “the capacity to solve problems or to fashion products that are valued in one or more cultural setting” (Gardner & Hatch, 1989) and identified these criteria as 'signs' of an intelligence:
1. Potential isolation by brain damage.
2. The existence of idiot savants, prodigies and other exceptional individuals.
3. An identifiable core operation or set of operations.
4. A distinctive development history, along with a definable set of 'end-state' performances.
5. An evolutionary history and evolutionary plausibility.
6. Support from experimental psychological tasks.
7. Support from psychometric findings.
8. Susceptibility to encoding in a symbol system.

These criteria were used to identify a list of eight ‘intelligences’ but his thoughts on what constitute intelligence have developed over time. The first two are ones that have been typically valued in schools; the next three are usually associated with the arts; and the final three are what Howard Gardner called 'personal intelligences':
1. Linguistic: To learn, use and be sensitive to language(s).
2. Logical-mathematical: Analysis, maths, science and investigative abilities.
3. Musical: Perform, compose and appreciate music, specifically pitch, tone and rhythm.
4. Bodily-kinaesthetic: Co-ordination and use of whole or parts of body.
5. Spatial: Recognise, use and solve spatial problems both large and confined.
6. Interpersonal: Ability to read others’ intentions, motivations, desires and feelings.
7. Intrapersonal: Self-knowledge and ability to understand and use one’s inner knowledge.
8. Naturalist: Ability to draw upon the immediate environment to make judgements.
It is important to understand that these intelligences operate together and complement each other. He has described people as having blends of intelligences. (Note that this last intelligence was added later, in 1999.)

Application of the theory

Gardner has also worked towards a full set of recommendations on the use of multiple intelligence theory in schools inThe Unschooled Mind, Intelligence Reframed, and The Disciplined Mind to look at how the theory can be applied by educators. This has led to a broader more holistic view of education, being less rigid about abstract and academic learning. It demands knowledge of these intelligences among teachers, an aspirational approach to learning, more collaboration between teachers of different disciplines, better and more meaningful curriculum choices and a wider use of the arts.

John White has criticised the theory as being subjective and not validated by evidence. Rather than being derived from solid empirical evidence, Gardner seems to draw his taxonomy from broad observations. It is also not clear how this maps on to actual cognitive functions, as it depends (variably) on the learner dealing with actual content in various forms. It also bears an uncanny resemblance to the current curriculum subjects. White suggests that this is why it has been so enthusiastically adopted by teachers.
Gardner has also been criticised for simply perpetuating the idea of ‘intelligences’, pigeon-holing students, rather than exploring their potential. Again this is a general problem with learning styles and multiple intelligences theory. It may actually thwart attempts to teach and learn skills that students may not yet have mastered, thereby doing more harm than good.

Gardner himself has been surprised and at times disappointed by the way his theory has been applied in schools, in one case as, “a mish-mash of practices…Left Right brain contrasts….learning styles….NLP, all mixed up with dazzling promiscuity”. In the US some schools have redesigned the whole curriculum, classrooms and even entire schools around the theory, which may be several steps too far. The point is to be sensitive to these intelligences, not to let them prescribe all practice.
In Gardner’s 2003 paper in the American Educational Research Association, Multiple Intelligences after Twenty Years, he states,
“I have come to realize that once one releases an idea – “meme” – into the world, one cannot completely control its behaviour – anymore than one can control those products of our genes we call children.”
Absolutely. One of the problems with Gardner’s ‘Multiple Intelligences’ was its seductiveness. A teacher could simply say, everyone’s smart, we’re all just smart in different ways. There is some truth in this, in terms of a narrowly academic curriculum, but when adopted as ‘science’ in schools, Multiple Intelligences can be a dumbing-down, destructive force.

First, teachers who quote and use the theory are unlikely to have fully understood its status and further development by Gardner himself. Few will have understood that it is not supported in the world of science, despite the perception by educators that it arose from that source. Gardner’s first book, Frames of the Mind: The Theory of Multiple Intelligences (1983) laid out the first version of the theory, followed 16 years later by a reformulation in Intelligence Reframed (1999),then again in Multiple Intelligences after Twenty Years (2003). Few have followed its development after 1983 or the critiques and Gardner’s subsequent distancing of the theory from brain science.
Lynn Waterhouse laid out the lack of scientific evidence for the theory in Multiple Intelligences, the Mozart Effect, and Emotional Intelligence: A Critical Review in Educational Psychologist, a paper to which Gardner felt duty bound to respond. In fact, in response to the absence of neurological evidence for his separate 'intelligence' components, Gardner had to redefine his intelligences as “composites of fine-grained neurological sub-processes but not those sub-processes themselves”(Gardner and Moran, 2006). In fact, many areas of learning such as reason, emotion, action, music, language and so on are characterised by their overlapping, dispersed and complex patterns of activity in the brain, as shown in brain scans. Islands of functional specificity are extremely rare. In short, Gardner suffers from conceptual invention and simplicity. Brain science simply does not support the theory.
Gardener himself admits that the science has yet to come, but teachers assume it is already there and that the theory arose from the science. Pickering and Howard-Jones found that teachers associate multiple intelligences with neuroscience, but as Howard-Jones states, “In terms of the science, however, it seems an unhelpful simplification as no clearly defined set of capabilities arises from either the biological or psychological research”. However, Project SUMIT (Schools Using Multiple Intelligences Theory) does claims to have identified real progress across the board in schools that have indeed been sensitive to Gardner’s theories.

Gardner has strong appeal to educators looking for practical support for existing subject specialisms but there are doubts about the theory as serious experimental psychology. Many do not see his ‘intelligences’ as a comparable set of abilities as some, such as musical intelligence, do not have the same consequential impact as others. He has also been criticised for not testing his theories experimentally and failing to identify exactly why he chose his particular criteria for intelligence. What is clear, however, is that Gardner has opened up the debate and affected real practice in educational institutions around the whole person with a spread of subjects and approaches to learning. This fits teachers’ intuitive feel for the abilities of those they teach. While the theory may be rather speculative, his identified intelligences represent real dispositions, abilities, talents and potential, which many schools ignore.