Csikszentmihalyi – Go with the flow… 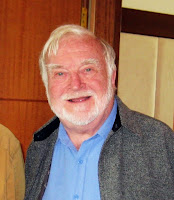 Mihalyi Csikszentmihalyi (pronounced chick-sent-me-high-ee), Professor of Human Development and Education at theUniversity of Chicago, has contributed a background learning theory that has real implications for the way we see learning in practice. His concept of ‘flow’ postulates mental states of optimal performance where we are ‘in the flow’. This, he thinks, applies to sport but also many cognitive tasks such as programming, writing and, importantly, learning. He asks us to take the experience of flow into consideration when designing and delivering formal and informal learning. This is a concept of some importance in the design of simulations and online learning.

Csikszentmihalyi has gathered huge amounts of data on mental states through spontaneous surveys. A randomly, beeping watch triggers people into reporting how they feel. This has fuelled his research into optimal experiences and ultimately to his core concept ‘flow’. Linked to creativity, happiness and satisfaction, he sees ‘flow’ as "being completely involved in an activity for its own sake. The ego falls away. Time flies. Every action, movement, and thought follows inevitably from the previous one, like playing jazz. Your whole being is involved, and you're using your skills to the utmost." It is sometimes described as being in the ‘zone’ or ‘groove’.
Intimately linked to recent positive psychology research, he has explored many aspects of flow in practice. For example, his examination of 90 creative people across a wide range of disciplines was explored in in 'Creativity: Flow and the Psychology of Discovery and Invention'. He has also applied his ideas to business and sport.

In his essay ‘Thoughts About Education’ he points to the huge gap in education between the ‘dismal reality and expectations’. He sees most research as being misplaced, lacking a focus on motivation. The main problem is not that people can’t learn, it’s that they don’t want to. His focus on intrinsic motivation searches for ways to make learning more enjoyable and satisfying.
Again he points to states of consciousness where learners have a flow experience, enjoyable in the sense that it felt like being carried away by a current, like being in a flow. These experiences become intrinsically rewarding and sought after, learners then become hooked, and they become autonomous learners leading to a ‘lifetime of self-propelled acquisition of knowledge’.
He also notes that a major constraint on people enjoying what they are doing is being conscious of a fear of how they appear to others and what these others might think. This mitigates against theory which pushes group learning or contexts in which the learner may be exposed to the judgements of others.
The features one experiences when in the ‘flow’ are compete involvement and focus along with a sense of being outside of life. It induces a sense of internal clarity along with an intimate reflective knowledge of your own performance. People often report that they don’t feel time passing. An important aspect of flow is doing something you know is achievable. You walk the line between being too anxious and being bored (echoes of Vygotsky's theory of proximal development). Ultimately this leads to a sense of serenity and intrinsic motivation that pushes you on to experiencing more of this ‘flow’ experience.
Csikszentmihalyi has worked with Kevin Rathunde comparing Montessori and Traditional Middle Schools in the areas of motivation, quality of experience, and social context. Using Csikszentmihalyi’s sampling method Montessori students reported a significantly better quality of experience in their academic work than traditional students. Montessori students also perceived their schools as a more positive community for learning, with more opportunities for active, rather than passive, learning.

Motivation, as an issue was squeezed out of educational theory by behaviourism then a focus on defined cognitive skills. Csikszentmihalyi is one of the few psychologists who have a concrete theory, based on large samples of empirical data, that points towards a solution to this problem.