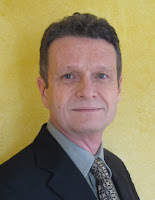 Étienne Wenger, having studied groups of tailors in Africa, concluded that learning in apprenticeships comes less from the master than your fellow apprentices. This led to him working with Jean Lave, a cognitive anthropologist, to identify ‘communities of practice’ and learning in a social context with like-minded colleagues. This idea, of learning in communities, goes back to groups of craftsmen in Greece, Medieval Guilds and now exists in organisations. In terms of learning theory, it goes back to Dewey.

A community of practice is a group of people with skills and knowledge in common. It is different from a team, which has diversity of skills, roles and knowledge. A community of practice may, by contrast, be a very homogeneous group, of coders for example. They differ from teams in that their purpose is the development of capabilities and ‘practices’, are self-selecting and passionate about the group’s expertise. They tend to be more informal and self-organising.
Communities of Practice can be offline or online and are any group with a common craft or profession. They have of course, become more commonly online, or at least with online communications, with the rise of software that allows and facilitates communities of practice – social media, group texting, message boards and so on. The community of practice has a socially constructed identity which comes from other learners.
Functionally, communities of practice solve problems, develop and transfer good practices and play a big role in developing professional skills. And despite their informal nature Wenger believes that they need to be nurtured and suggests devoting time and money to that task.

There are serious problems with definition and scope. Apprentice groups, upon which the research and theory was based, are now relatively rare. The modern workplace has specific teams and/or more cross-networked structures, where there are no clearly defined communities of defined practice. It is difficult to define whether groups that are self-selecting, permanent/temporary, formal/informal, voluntary/mandated really are as clearly identifiable as groups, as Wenger thinks.
It is also not clear that the social context is always as important as he claims. Much learning in academic institutions is largely solitary, with many learning on their own, rather from other learners. There is a sense in which the theory of learning squeezes everything, rather uncomfortably into the social box. This is a problem with all purely social theories of learning, that all learning must conform to the hypothesis, in the face of empirical evidence to the contrary.