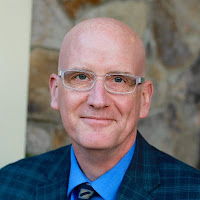 Daniel Willingham, Professor of Psychology at the University of Virginia, has a background in research on learning and memory which he has masterfully turned into concrete advice for teachers in schools. He is an advocate for turning research in cognitive science into practice in education, both in teaching and the promotion of optimal study strategies for learners.

Knowledge matters
Memory matters as we have instant recall from long-term memory which helps us make instinctive decisions. This is why Willingham derides those who demote knowledge at the expense of teaching and learning strategies that focus largely on exploratory or discovery learning.

In Why Don't Students Like School? Willingham has nine cognitive principles about learners, which if taken on board by teachers, will improve teacher performance. He thinks that thinking does not come naturally to learners and that one must be sensitive to a number if findings in cognitive science to be an optimal teacher and learner. Memory and cognition really do matter and to ignore what we know about these findings in cognitive science is, for Willingham, to work blind or worse to adopt fads live learning styles and the 21st century skills agenda. These are his nine cognitive principles:
1 Curious
People are naturally curious, but they are not naturally good thinkers.
2 Knowledge
Factual knowledge must precede skill.
3 Memory
Memory is the residue of thought.
4 Understanding
We understand new things in the context of things we already know and most of what we know is concrete.
5 Proficiency
It is virtually impossible to become proficient at a mental task without extended practice.
6 Cognition
Cognition early in training is fundamentally different from cognition late in training.
7 Differences
Children are more alike than different in terms of how they think and learn.
8 Intelligence
Children do differ in intelligence, but intelligence can be changed through sustained hard work.
9 Teaching
Teaching, like any complex cognitive skill, must be practice to be improved.

Willingham thinks that the 21st century skills agenda is not only flawed but dangerous, in that it harms the poorest students and students of colour hardest. The flaw, he thinks, is in thinking that knowledge and skills are separate entities, when they are entwined. To think critically or creatively or to problem solve is to use knowledge central to the domain. To be creative or critical in science or coding, you need to know science and how to code. The danger is in introducing complex 21st century skills too early (he quotes ‘New Maths of the 60s as an example). He is sceptical about teaching self-direction, collaboration, creativity, and innovation. Are they teachable or just an excuse to bring back exploratory learner-centric models? There is little evidence that they can be taught and, in practice, teachers rarely employ this approach in practice. So, without clear proof that they can be taught, better assessment the focus on “21st-century skills” will be shallow. This mean we “will sacrifice long-term gains for the appearance of short-term progress”.

Willingham is seen as part of the backlash against progressive methods, that many see as not only having gone too far but actually harmful to poor students.