Martin – Women in education, a story of exclusion… 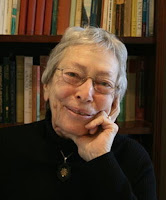 Jane Roland Martin saw the role of women as a largely unexamined issue in education. Women had for centuries been excluded from access to education but even recently, ignored in teaching, schooling, higher education and in views of what it is to be educated. Martin excavated, in an anthropological manner, hidden assumptions and problems within education, especially the curriculum of fixed cultural subjects and knowledge, as well as male cognitive perspectives, at the expense of other disciplines and real-world knowledge and skills. In particular she came to focus on gender through feminism.

The definition of education itself, Martin claims, has neglected women. Work by women and work about women are often ignored, with the role of women in education hugely under researched and understood. This, she thinks, distorts and misrepresents reality. The very idea of an educated person or educational ideal must be gender-sensitive. As women have been denied access to education, excluded from education, educational institutions and the vehicles of educational theorising, she recommends that we must look to wider sources for the views, in magazines, pamphlets, more general literature and the wider media landscape. The wider role of women in mothering, raising children and in caring professions is also largely ignored but is, in reality, a huge part of the educational landscape. This was Martin’s first great achievement, simply opening the world of education up to a much wider set of perspectives around gender, women and what it is to educate and be an educated person.

For Martin, schools should be far more relevant to life outside of school, especially the domestic environment of the home. It needs to draw back from a curriculum that focuses largely on ‘spectator’ knowledge. The role of mothering, issues around the ghettoization of women on professions such as teaching and nursing, as well as the insensitivity to women’s often difficult role at work and at home, led her to a radical stance on taking action across a broad front to rebalance the educational system, in response to this analysis. There are the more obvious issues around gender tracking away from technical subjects and direct discrimination in Higher Education. Above all she reconceptualises education as something that is all-pervasive, often informal, through many agents in many different contexts. The idea that education is a fundamental aspect of life that lasts for the whole of one's life underpins her entire re-evaluation.

Parents, family, community, church, youth groups, sports clubs, the media, internet and other institutions, even the education of animals, have played roles in education long before schools and schooling were common. Learning happens everywhere. Yet the education debate so often focuses solely on schools and schooling. Dewey and many others have downplayed the role of school in the development of young people. For Martin this narrow and obsessive emphasis on schools and schooling may result in cultural miseducation. Martin has an expansive view of learning as a process of Multiple Educational Agency. To focus just on schools, which are notoriously difficult to change, is to ignore the very many other opportunities to educate.

Critics have claimed that her work is so general that it is difficult to either object or test. Others claim that her widening education to include, for example animals, is taking the inclusivity idea too far. Others, while agreeing with Martin’s descriptive work, have argued that Martin’s prescriptive recommendations around the reconstitution of education are either impractical, simply reinforce inequalities or replace them with new ones. Her work certainly aroused debate and passions.

Martin may not be regarded as the only or even leading voice of feminism in education but her reputation as a dogged researcher, determined to re-establish historical wrongs and implement future rights is unarguable. The re-evaluation of Plato, Rousseau, James, Wollstonecraft, Montessori, Beecher and Gilman is one contribution. Stimulating feminist and gender debate and research is another. Widening the view of education beyond schooling is another. Above all she reconceptualises education as something that is all pervasive, often informal, through many agents in many different contexts. This was Martin’s great achievement, simply opening the world of education up to a much wider set of perspectives around gender, women and what it is to educate and be an educated person.