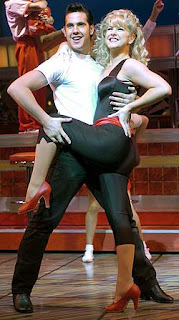 I think we need an import ban on flaky HR ideas from the US. Talent Management is the latest HR bandwagons. Once the 'Leadership Training' bandwagon had run its course, its wheels stuck in the deep mud of fashionable indifference, HR had to find another rickety old vehicle to justify increasing scepticism about their usefulness.

Talent Management (really just Leadership in new clothes) is yet another reason for senior managers to spend oodles of cash on themselves . And don't think for one moment that this is an inclusive, company-wide scheme that involves ALL employees. It's really a filtering process for joining the Executive Club. Never trust those guys you see turn up to meetings, or at the airport, with their little Platinum, Gold or Silver 'Exec Club' tags hanging conspicuously on the outside of their combination-lock briefcases. They're in the same camp as those who wear mobiles on their belts or blazers with flat gold buttons on the cuffs.

If Talent Management really was meritocratic, then boards would advertise openly for members (they don't - in the UK it's mostly word-of mouth) and there would be transparency from top to bottom in recruitment, rewards and promotion. The city and UK senior management is full of old duffers, still wearing their broad diagonally striped school ties (I personally think this smacks of public school pederasty).

If Talent Management does have a role it would be to clear out people who are stuck in jobs they saw as temporary when they joined, and to move people on in terms of aspirations. All too often it's about keeping and not losing people. I like the LearnDirect idea of an independent Advice service advertised on TV that makes people think about their aspirations.
at October 13, 2007

Donald, Talent Management is a lot more than warmed-over HR. Two weeks ago I participated in The Future of Talent, an annual gathering of talent managers from large corporations.

Talent Management is a new focus on people; it's what's left of HR after you outsource benefits, retirement plans, and administrivia. Talent Management focuses on recruiting, "on-boarding," mentoring, development, growth, and ends up maintaining relationships with "alumni." In some organizations, Talent Management is a very important function. It lacks the taint of HR; it encourages fresh approaches; it takes a systems approach.