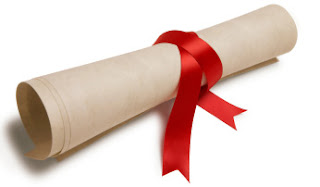 There’s always been a distasteful apartheid in education between academic and vocational subjects. In practice, the use of these mutually exclusive terms is all wrong as most academic subjects would be better taught with a healthy dose of real world practice. It’s downright stupid to pump out GCSE students who can solve a quadratic equation but couldn’t tell you anything about personal finance, tax, mortgages and so on. We put aside practical literacy in a headlong rush to pump Shakespeare into every young child before they can even comprehend the themes. And to teach a dead language, Latin, rather than prepare young people to become autonomous adults, is just perverse. I could go on….

Diplomas – bad brand
At last, however, the government, or at least the civil service, have come up with a solution that was meant to solve the problem, but threatens to deepen the divide – diplomas. Rather than extending the A-level brand to cover these qualifications, they have created a separate brand ‘Diplomas’ that cleaves these subjects off to one side. Type ‘diplomas’ into Google and right below the DFES (yes that old brand is still hanging around) is the diploma company advertising ‘The best in fake diplomas and novelty transcripts!’ This is not a brad with enough academic kudos to carry this initiative forward.

In which three of the following ways do you do most often in class?

Listen to teacher talking for a long time 33%

Have a class discussion 29%

Take notes while my teacher talks 35%

Whatever way you cut this, the current school system is hopelessly underskilled in terms of delivering Diplomas. These methods won’t cut it.

Diplomas – schools
The only way to make this work is to share resources, something schools just do’t do, or at least don’t do well. They generally hate each other, having been placed in a position where they have to compete for pupils. From this position of mutual hostility, they are expected to share subjects and send pupils to various locations across towns. How will this work? Who’ll be there to welcome and look after these kids? How will they handle moving into another hostile culture? The planning has more holes than a barrel of Swiss cheese.

Diplomas – parents
Because of the general confusion around what they are and when they’re arriving, and an almost willful failure to inform parents, when these strange qualifications are offered, parents recoil. In some cases the take-up has been zero.

Conclusion
Rather than creating a single system, with a range of sensible options, this half-baked idea is being launched like an axe, dividing the curriculum in two, taking us back into a grammar/secondary modern model – all because of amateurish branding and planning.

For as negative as your post may comes across, I have to agree that I think it carries a lot of truth. It seems almost as negative as my latest post, though I have to admit that although yours hasn't been up as long as mine, it has already attracted more comment :-)

I wonder if we aren't living in the age of 'denial'. Postmodernism doesn't like to gloom-and-doom on the past or the future - a bit like the wee mousie in Burns' To a Mouse - "the present only toucheth thee".

The only visionaries postmodernists want to listen to have to be Pollyannas, however misguided their enthusiasm might be.

But to a more positive theme, David Wiley's vid says much the same as you are saying about sharing resources being the way to go. I have always believed Wiley to be a visionary - many people think that way about him - and though I detect just a teenzie bit of despair in his talk, he tells that the future holds promise only through openness and sharing.