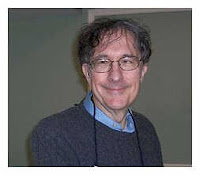 In Gardner’s 2003 paper in the American Educational Research Association, Multiple Intelligences after Twenty Years, he states,
“I have come to realize that once one releases an idea – “meme” – into the world, one cannot completely control its behaviour – anymore than one can control those products of our genes we call children.”
Absolutely. One of the problems with Gardner’s ‘Multiple Intelligences’ was its seductiveness. A teacher could simply say, everyone’s smart, we’re all just smart in different ways. There’s a truth in this, in terms of a narrowly academic curriculum, but when adopted as ‘science’ in schools, Multiple Intelligences can be a dumbing-down, destructive force. In general people confuse the critique of single IQ scores as a measure of intelligence, with Gardner’s theory, as if he were the final world on the matter. He is not.
Not neuroscience
First, teachers who quote and use the theory are unlikely to have fully understood its status and further development by Gardner himself. Few will have understood that it is not supported in the world of neuroscience, despite the perception by educators that it arose from there. Gardner’s first book, Frames of the Mind: The Theory of Multiple Intelligences (2003) laid out the first version of the theory, followed 16 years later by a reformulation in Intelligence Reframed (1999), then again in Multiple Intelligences after Twenty Years (2003). Few have followed its development after 1983 or the critiques and Gardner’s subsequent distancing of the theory from brain science.
Lynn Waterhouse laid out the lack of scientific evidence for the theory in Multiple Intelligences, the Mozart Effect, and Emotional Intelligence: A Critical Review in Educational Psychologist, a paper to which Gardner felt duty bound to respond. In fact, in response to the absence of neurological evidence for his separate 'intelligence' components, Gardner had to redefine his intelligences as “composites of fine-grained neurological subprocesses but not those subprocesses themselves”(Gardner and Moran, 2006). In fact, many areas of learning such as reason, emotion, action, music, language and so on are characterised by their overlapping, dispersed and complex patterns of activity in the brain, as shown in brain scans. Islands of functional specificity are extremely rare. In short, Gardner suffers from conceptual invention and simplicity. Brain science simply does not support the theory.
Gardener himself admits that the science has yet to come, but teachers assume it’s already there and that the theory arose from the science. Big mistake. Pickering and Howard-Jones found that teachers associate multiple intelligences with neuroscience, but as Howard-Jones states in his recent BECTA report, “In terms of the science, however, it seems an unhelpful simplification as no clearly defined set of capabilities arises from either the biological or psychological research”.


Training's the problem
The problem seems to be the culture of in-service training ( a fact confirmed in the Howard-Jones survey), as the most quoted source for such myths. It would seem that a rather lazy culture of oddball suppliers and ‘psychology for dummies’ INSET days has led to this sad state of affairs. There's an army of small teams of trainers peddling this snake-oil. They cull populist, fashionable theories, string them together in PowerPoint presentations, and the ever-popular 'workshops' and so the meme is virally spread, not only through the minds of teachers, but to our children who suffer from the misconceptions of their teachers. We all agree that teachers don't have a lot of spare time, so why waste it on this rubbish? Their time would surely be better spent on real brain science, where real increases in the productivity of learning are possible, not tomorrow but now.
Gardner, H. (1983) Frames of the Mind: The Theory of Multiple Intelligences. (New York, Basic Books).
Gardner, H. (1999) Intelligence Reframed. (New York, Basic Books).
Gardner, H. (2003) "Multiple Intelligences after Twenty Years." American Educational Research Association.
Gardner, H., and Moran, S. (2006) The Science of Multiple Intelligences Theory: A Response to Lynn Waterhouse, Educational Psychologist, 41.4, 227-32.
Pickering, S.J., and Howard-Jones, P. (2007) Educators' Views on the Role of Neuroscience in Education: Findings from a Study of UK and International Perspectives, Mind, Brain and Education, 1.3, 109-13.
Waterhouse L. (2006) Multiple Intelligences, the Mozart Effect, and Emotional Intelligence: A Critical Review, Educational Psychologist, 41.4, 207-25.
at November 01, 2009

An interesting posting that seems to suggest that brain science is completely developed when in fact it is still in its infancy in terms of understanding just how the brain actually works and how that manifests itself in terms of human perception and learning.

Granted MI's and learning styles is always going to be a simplification of the complexities associated with human beings, but the suggestion that one kind of instruction suits all learners is demonstrably flawed.
Educators need somewhere to begin to understand the diversity in learners and to craft learning experiences that will assist all to learn. For too long the narrow approach to education has discriminated against learners who are not left brain thinkers, instead working to show them that they are not intelligent, thus condemning some of our best thinkers to a life that is less than what it could be.

At no point do I suggest that brain science is 'completely developed'. The argument, in the post, is that Gardner's theory is often assumed to be supported by neuroscience, when it is not.

Neither do I suggest that there should be 'one kind of instruction'. I agree that educators need to understand hte diversity in learners but this is not helped, in my opinions, by theories that are flawed, especially those around learning styles, of which there are dozens.

'Left brain thinkers' is yet another educational category and simplification that is long past its sell-by date. I would suggest that it's the 'learning styles' e ducators who are stereotyping and condemning learners to cul-de-sac prescriptive learning techniques.

While it is accepted that one can criticise, as an academic it is also expected some kind of alternative proposal be offered. If, as you say, multiple intelligences is hocus pocus then what are you proposing practitioners focus upon in order to attempt to understand just what helps pupils learn?

Donald .. many apologies. I just read your prior Blog - Brains, learning and e-learning - where you have indeed offered a proposed focus for study.

You misundersatnd the scientific method. A falsification of a hypothesis does not imply that one needs an alternative explanation. Let me give you a simple example. I think astrology is tosh, as there's no empirical evidence that it is predictive. I do not need to supply you with another theory just because I've invalidated astrology.

If you think education is bad for outdated theories and faddish nonsense - you should try knowledge management.

An interesting discussion. I respect carefully collected evidence (it stops us jumping to the wrong conclusions and taking the wrong action) BUT I dont need science to prove how I manage to stand on 2 feet - and science cannot yet produce a robot capable of doing what I do. I will carry on living on 2 feet, dancing, trampolining, skating and hopping never the less. The teaching profession has become lazy and it now waits for legislation to tell teachers, and teachers who tell teacher what to do, what to do and how to do it. I would suspect that few teachers really understand their craft...and perhaps it is true that some theories are used by lazy people for their 'feel good factor' rather than to progress the learning of a child. I have observed young children playing and creating for over 16 years. Sometimes I wish I had used a consistent observation method throughout - so that a body of quantative evidence would reveal to others what I had observed. I have been too busy observing and reponding, participating in and stepping back from a flow of learning. Too busy standing up to prove how I do it. It would be a shame to lose Gardiner's idea (just as it would to lose Bob Hughes''types of play')- it is useful. Do you ever wonder whether, if you knew and understood the science of how you stayed standing up, you might fall over?

Standing up is a genetically determined, motor skill that does not require constant reflection and refinement. Teaching is an entirely different set of cognitive skills that requires a great deal of reflection and learning. That's the difference. And that's why teaching needs to be informed by good theories of 'learning' (not just teaching).

Too many misspellings of Mr. Gardner's name as "Gardener"