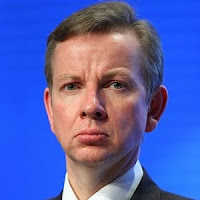 So the election has finally reached its logical confusion. Did anyone really read the manifestos of any of the parties in this election? Nope. Did it matter? Nope. Why? The main issue was strangely absent – CUTS.

Bonfire of the quangos

The Lib Dems want to eliminate learning quangos, but by that old tactic, creating new mega-quangos. Their Education Standards Authority will fold in all those old quangos that oversee schools, and continue to do what those quangos did – quango-away. The Lib Dems also want HEFCE and the SFA to combine into a mega-quango called the Council for Skills and Adult Education (CFSAAE for short). The Conservatives are simple souls and, bluntly, want to “Abolish many of the further education quangos”. Cameron fingered BECTA for extinction some time ago in a conference speech. They’ll be one of many.

On schools they’re remarkably similar, although Gove has the job, and we're back to calling it the Deaprtment of Education (what comes around!). Both instinctively dislike Government interference and want a bonfire of educational quangos. Both want to cut down on National Curriculum. Both want to expand Teach First. Curiously, this seems to be what teachers and their unions want. They’ve been screaming like gulls about government interference, boycotting SATS and dissing quangos like OFSTED. What is it with teachers thinking that they can veto government policy and override democracy? Imagine if Doctors decided to boycott diagnostic techniques, or policemen boycotted the right of suspects to see lawyers. They should careful what they wish for.

Both like the idea of new schools set up by parents, sponsors, churches, cults whoever. It’ll be interesting to see how long parent interest in starting up schools last, after their kids have left said schools and they realise how tricky the whole business can be. In any case, we’re in for at least four or five years of cuts and an instinctive Conservative view that state schools are inferior and badly run. When it comes to the contradictions the Conservatives will surely win and Gove has some novel ,ideas - teacher must have 2:2 degrees, soldiers brought in to improve discipline, wearing of ties, no vocational subjects in league tables......There will be no Lib-Dem reduction in class sizes and their General Diploma won’t see the light of day.

David Willets has been out in charge of Universities, as Sectretary of State for Business, Innovation and Skills, a poisoned chalice. Clever move that Mr Cameron. The Lib-Dems promised to abolish tuition fees over six years, so that won’t actually happen as the Browne report, that is likely to recommend the very opposite. Treasury figures suggest cuts of 6-7% a year over 3 years (not counting current £449m and £600m between 2011 and 2013).

Willets also has the ‘skills’ portfolio but that’s straightforward, and probably good for all those in this area, as he’s a kind-hearted man, likely to chop of fingers and toes, rather than entire limbs. Again lots of common ground here with a promise to scrap Train2Gain (easy as it had already been scrapped) and focus on Level 3 and apprenticeships. In fact, the Lib-Dems want to fully fund off the job apprenticeships, which means robbing some poor Peter to pay Paul.

Interesting times Donald...if the bonfire of quango's goes ahead as predicted there will be some policy and statutory functions which will need to be done by the civil service so watch out for some rowing back?

Burn the quangos is easy to say and a bit harder to do!

Very interesting post, but so much is still unknown. Will they really get rid of Becta? And what about JISC? I can't understand the obsession with getting rid of quangos - at their best they can share good practice between institutions, so that schools and colleges don't forever have to be reinventing the wheel.

Of course they won't cut class sizes - it's much too expensive. I really don't think the Lib Dems ever thought this policy through to its logical conclusion, which would mean hiring lots more teachers and building lots more classrooms.

As for SATs - last year Gove said he was going to abolish KS2 SATs, but the manifesto commitment was to make them "more rigorous". And I would love to know how making it compulsory to wear ties is going to make a difference to anything. Strongly suggests that they don't really have much idea what they're talking about...

So the Browne Report confirmed my own (conservative with a small c) guesses that the predicted rise in tuition fees will touch £40K.

I can only hope that students begin to behave more like customers and seriously consider whether they are getting value for money from their chosen university. Paying more for the current status quo - unless you attend a top "brand" institution - is unlikely to provide them with much return on their investment in time - and now, money.

Hearteningly, I am already hearing stories of students questioning the structure of their degree courses. In one case,complaints have been raised that they are only getting two hours lecture time a week. They want more for their money.

In time I can only assume that student will seriously question whether going to university in the traditional sense is worth their while. If technology can support a genuinely viable alternative model for higher education (open, flexible, perhaps even free) and employers value those who "graduate" through that route, then students are likely to adopt it in droves.

Doesn't answer the equality of access question, but this seems to be a likely outcome over the next 10 years.

Ironically, The Conservatives' favourite mathematician, Carol Vorderman, would not be allowed to teach because her degree was a 3rd.