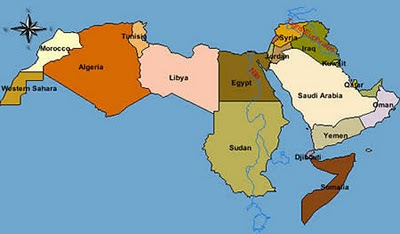 
Lastly, there’s no social media without a ‘medium’ and in all this talk about Facebook and Twitter, the simple fact that the internet, computers, laptops and especially mobiles, are the real lifeblood of the revolution. The growth of mobiles on the back of cheap tariffs has been phenomenal in these markets. The mobile phone is powerful, portable and personal. It records images and video and can be used to report from the scene itself. Remember that twitter during the Egyptian uprising could only operate once voice to text was available.
The process described above does not apply when social media is shut down, as in Libya. In this case YouTube and mobile recorded video leaked to TV plays a bigger role. We have seen this in Libya and Syria with the astonishing scenes of people being gunned down in Deraa and Sanamayn, where the shooting is seen and heard, then the dead clearly and deliberately shown to mobile cameras. This resulted in even more protests in Homs, Tafa, and astonishingly, as it is near the birthplace of Assad, Latakia. Interestingly, free access to social media has become a negotiating point with Assad in Syria, as it has become one of the key demands of the protesters.
Role of Arabic
Another important feature of the Arab world is it's common language - Arabic. Information needs no translation across the region. News spreads fast, very fast indeed. These countries also have large numbers of nationals from other Arab countries living and working within their borders. In the Gulf states this is acute, with some countries having more foreign nationals than locals. This leads to greater cross-pollination.
Conclusion
I’ve travelled a fair bit in the Middle East over the last ten years, especially in the last year, and what I’ve always loved about the region is the people. Now that those people have been given a voice, through social media, we need to listen, understand and give them all the support they need.
at March 14, 2011

I remember watching the live stream that the 'rebels' were broadcasting from Benghazi over the internet. It was totally addictive! They were broadcasting video and chat. News reporters from all over the world were linking in....phone numbers were being posted as were requests for and offers of help. They were desperate for satellite links so that they could keep the stream going. Sometimes the stream was in Arabic sometimes in English. They kept requesting for more translators so that when those broadcasting were speaking in Arabic, they could be immediately translated through the chat into English. You could hear guns and explosions going off in the background, they took the camera to the window of where they were holding up to show the rest of the world what was going on in the streets. I also remember being devasted to hear that that Mohamed Nabous had been killed by a sniper. I had seen and heard him via the Live Stream he and his colleagues had set up. An experience I will never forget.