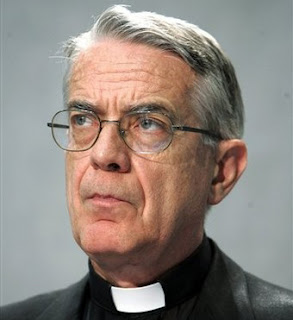 Tell me, Mr. Clark, if the Federal Govt. were to setup an e-learning center to promote "secular-progressivism" to atheistic degenerates like Mr. Hitchens, would you be as critical? I think you should look into the subject-matter of online courses from some of our "leading" universities, before ridiculing the Vatican's use of e-learning.

Fredrico Lombardi is one of the many great men in the society who not only sympathize but also emphasize with the pain of others in the society. They have not only restricted their help in imagination but have come forward and are actually showing in deed. Kudos to such people!
Regards
Cialis