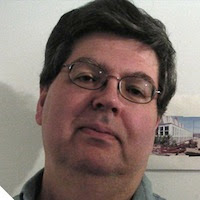 Steve Krug has a background in writing computer manuals. He saw that this was not the solution to most problems and moved on into usability design. He has had a huge influence on web design through his best-selling book Don’t Make Me Think (2000). He also provided a method for quick and effective testing in his second book Rocket Surgery Made Easy (2009). The huge success of these books meant that user interface design was taken more seriously in terms of good practice and the need for testing with real users. Interface design, or UX design, has gained importance as part of general online learning design.

Krug asks a simple question, ‘How do we really use the web?’ We glance, scan and muddle through. We don’t read pages, we scan them, choose the first reasonable option, and because we’re lazy, we meander through content. This is important and, if excesses in design are to be avoided, it has to be understood when designing web sites and online learning. His theory is based on real practice and positive results on real web sites. Krug’s first law of usability is to strive to make things self-evident or self-explanatory, hence the title ‘Don’t Make Me Think’.

Users and learners want the interface to be an unthinking act, easy and unobtrusive. The more they think, the more likely they are to stop and go elsewhere. Forget instructions. People don’t read them and don’t want them. He recommends that we design out the need for a tutorial or instructions.

Sensitive to the needs of the internet as a medium in itself, he emphasises the importance of the Home page. This leads to reflection on the importance of the ‘Big Picture’, namely the essential purpose of the site or online learning programme. He recommends tag lines that capture the essence of a site or web experience. Mission statements he hates, as they rarely tell you the real story and usually miss the Big Picture.

Taking his lead from newspapers, always an interesting source for screen design, he recommends carefully designed hierarchies. He hates navigation that breaks down when you get past the second level. The solution, he thinks, is persistent global navigation at the same position on every page with a home button and tracking. He loves fixed menus. He also makes the useful distinction between navigation, utilities (print, search and so on) and content. It is always a payoff between ‘wide and deep’ hierarchies.

Following on from Norman and Nielsen, he stresses conventions. Don’t play fast and loose, make things easy and consistent. Use conventions, such as shopping carts, standard video controls and icons. This is sound advice. Conventions are more than just objects of convenience, they are part of the grammar of interface design. Designers often refuse to use conventions as they crave creativity and innovation – this, in his view, is rarely useful. Pages should also be broken up into carefully defined areas, clickable areas should be obvious and every attempt made to minimise ‘noise’, again a Mayer and Clark principle in online learning.

Half the number of words and half again

True to his belief that screen readers are different from readers of print, he has strong views on writing for the screen. Less is more and so he exhorts designers and writers to omit needless words. In his own words, “Half the number of words and half again”.

Krug was among the earliest evangelists for search on websites. Search is a window into the collective mind of your users. It tells you what people really want, look for and what is most likely missing.

In interface design, as Steve Krug says in the title, the point is NOT to make people think. In learning, the whole point is to make people think. Yet many of his recommendations are applicable across learning experiences. His advice on drastically reducing text has been confirmed in research by Mayer and others in online learning design. The importance of search has also come to the fore in Learning Experience Platforms used for learning in the workflow.

Krug’s prescriptions are even more important in online learning than in web design, as learning’s great enemy is cognitive overload and dissonance. If learners have to work hard to understand, navigate and read online learning, they have less sustained attention for retentive learning. Most online learning, like most offline learning, is too long winded and needs to be seriously edited to avoid cognitive overload. Keep navigation simple and consistent, use de facto conventions, avoid deep hierarchies and write for the screen not the page. And don’t forget to test – a few iterations with experts.

His second book Rocket Surgery Made Easy, shows how to do modest, low budget testing. His starting point is that designers can’t see the mistakes they make as they get too close to the design and as the navigation has come from their own heads, they lack objectivity. You need other fingers and eyeballs, guided by experts, using voiced testimonies.

Krug, like Norman and Nielsen, is a strong believer in a specific form of usability testing. Following Nielsen and Landauer he takes the view that a few good, experienced testers and a few iterations are all you need. Forget the large-scale focus groups and massive testing, which suffer from the law of diminishing returns. His practical experience shows that just one, or a few testers early on are more effective than a large number at the end.

He recommends evidence gathering with a camcorder and facilitator who asks questions and gives tasks, especially ‘Get it’ tasks where you probe the user for their understanding of the point of the experience, how it works and how it is organised. The point of the facilitator is to probe and ask them not only what they’re looking at but what they’re thinking. Listen, keep an open mind and take lots of notes.

An underlying point, made many years before by Dewey and Heidegger is that technologies work best when they hide themselves in things and tasks. Technology is at its best when it is invisible. This is the consistent theme in all good usability theorists and practitioners. The task of the designer, to make the delivery mechanism as invisible as possible.

Krug understands the different roles of specialists in design teams and the tensions that arise between them. His solution is to objectify the debate through testing, not with the mythical average user, but with real users. His is a useful, practical and prescriptive approach to good usability through good design.

Krug’s Don’t Make Me Think has sold over 600,000 copies. Rather than depend on academic literature, this popular book, in a sense he practices what he preaches. It is readable and does exactly what the user expects, give concrete advice on design and testing. As user design has grown as a practice Krug’s work is still relevant for its lasting recommendations.