Negroponte: 10 reasons why his Ethiopian project smacks of Educational Colonialism 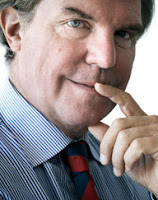 Donald,
There has been some independent research done on the project: http://www.iadb.org/en/research-and-data/publication-details,3169.html?displaytype=&pub_id=IDB%2DWP%2D304
The researchers concluded that there is no effect on test scores, with some positive effects on cognitive ability. However I think your point about academics losing interest and leaving the project to rot, rings a sad-but-true note here. While there's a commendable intention with the not-for-profit aspect, a lack of sustained interest could actually do more harm than good.

would that make the MOOC an educational colonialist move against poor people who cannot afford a college education?

You need to elaborate Philip. As far as I know, no MOOC involved delivering large numbers of expensive devices to learners with lots of field support workers. MOOCs are free, Negroponte's schemes cost large sums of money. MOOCs don't pretend to deliver content to schoolchildren with no formal schooling (not yet). In fact I am involved in a large maths MOOC for schools that will deliver functional numeracy for free. That is the power of the web, not the delivery of shiny devices.

sorry donald it does appear to be an ill artculated thought. i have been thinking lately about that the increase in costs for the higher education which are real and felt by lots of people are dovetailed nicely with loud support for MOOCs, which don't use any different technology or pedagogy as far as i'm aware that hasn't been around for 10 years or more, and gives the end user nothing tangible but a warm glow. it seems like a cover for real negative changes happening in society.

We have open content for a long time (those with medium term memories may remember iTunes U, which has some great open content designed into 'course structure). We have had VLEs for years, discussion boards and informal learning communities since the 90's - what is new with MOOCs except the hype?

On the other hand i'm probably just having one of those days as I am a great supporter of small steps and ideology. i just can't help feeling nervous about the iPlayer pedagogy of the MOOCs. Don't worry about college poor people, watch it on catchup for free (ps it doesn't count!)

Larry Cuban agrees with you Donald

And Sugata gets it too :)