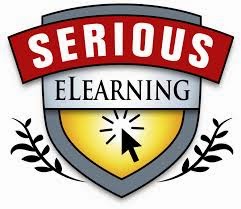 I don’t fault the ideas presented but I honestly think, as one tweeter said, that it was all ‘a bit melodramatic’, and although we were promised something radical, what we got was, in the words of a tweet from Nick Shackleton Jones, something that reminded us ‘of the things we were saying 10 years ago’. A ‘manifesto’ suggests something new and radical, not a rehash of ideas that have been around for many, many years. There was not a single idea here that was new or even surprising. It was all a bit ‘is the Pope a Catholic’.
Problem of the ‘C’ word
For me, it all seemed trapped in the world of corporate ‘courses’. I didn’t hear much on more open forms of learning or open source, curation and the genuine revolution in learning that has taken place through informal techniques and social media. Others, such as Fiona Quigley, found it ‘hard to take 'industry hasn't improved' when e-learning is so broad’. This may be to do with the US-centric presenters, where content does tend to be commoditized, a bit like US cheese; over-processed, bland, mild and comes in three colours, orange, yellow and white.
God’s in the detail
For me, I found the whole thing a bit weird and said so before the launch. What came ended up being remarkably like the thing they were attacking a 58 min content, author-led, attendance-driven, knowledge-led, didactic talk that, in format, list of stab points. Sure it was a launch, not a course, but where were the stunning examples, the real meat, the real detail? Simply repeating the word ‘performance’ isn’t enough. It isn’t easy learning and assessing performance online. Also, no mention of costs, as all of these recommendations have cost implications. (I had to fast forward during the ramble on multi-tasking.)
Here’s some ideas (not a manifesto) for a more radical approach to change. As I think God’s in the detail. I’ve been more specific and tried to give real examples.
1. Clean out
Take a broom to the terrible theory that hangs around in learning and e-learning, such as learning objectives stated up front on courses, learning styles, Kirkpatrick and so on.
2. Specific mistakes in e-learning
There is the classic use (misuse) of merely illustrative stock graphics and images with text alongside. Even worse, unedited blocks of text. Unnecessary expensive but not instructive animation. Text on screen while playing identical audio. Inconsistent navigation. Multiple choice questions on nouns from text. Annoying music and sound effects. Corporate crap and educational hubris. Above all condescension through childish cartoons and language. We know a lot about this stuff – so let’s tell people.
3. Curation of open content – focus not so much on expensive, custom-built content but resources that are open and free, on the likes of YouTube and use MOOCs for vocational subjects. Think of YouTube as a learning platform
4. Open source tools – open source tools such as the open source, responsive authoring language Adapt and the Totara the corporate LMS, based on Moodle. This could save corporations oodles of cash.
5. Look to adaptive tools
Look to the new world of tools that provide responsive delivery, such as Adapt, and algorithmic, adaptive learning to personalise learning based on real data about that learners and other learners, basically using a Satnav for learning journeys. See Cogbooks
6. Simulations for training & assessment
Use simulations to learn and assess real competences as opposed to text and graphics that pretend to teach competences. These examples, not only train, they assess and play a major role in certification. See these retail and gas inspection sims
7. Spaced practice on mobiles
Spaced practice is not about delivery within a short course. Use mobile devices, not to deliver learning content but to do what ENCORE does, deliver ‘cues’ across a chosen period, after the learning experience. Spaced practice research goes back to 1885 & is being implemented and it’s not about within but after the learning experience. This is about increased retention
Conclusion


Sure there’s lots of poor, basic content around, but that’s true in any medium – movies, books, TV and classroom training. This is a big and diverse field and simply knocking those who produce basic stuff for basic budgets is an east win. This is not about top-down manifestos. It’s about on-going, dynamic dialogue and sharing.
at March 15, 2014

Thanks for your blogs and for prompting debate around this.

There are so many factors at play when it comes to thinking about quality learning experiences.

From my experience, the biggest influence is the analysis of the learning gap, the relationships with the clients and the Subject Matter Experts. I do have to explain again and again why ppt+quizzes+fancy smancy graphics don't always cut it. Truth be told, I don't always succeed - but that doesn't make me a bad person, nor does it make my client bad!

So what's to be done then? I think, a MOOC would be great. We could crowd source great examples of learning content, critique them together (without telling each other how useless we are!) and offer some basic evidence based practice for everyone.
There is enough freely available content to be able to curate great resources on this now.

It was the top down nature of the manifesto that really got to me, so crowd sourcing 'industry improvements' would help I think.

However, on the other hand, I do think it is ok to have basic content, depending on the learning gap. (And I am not a bad person for saying learning instead of performance!)

I learned how to change a tyre from a very basic YouTube video, while standing in the rain at the side of the road in the middle of nowhere! Did it tick all 22 points of the manifesto? Probably not, but it worked and got me home safely.

Different clients have different priorities and budgets. The analysis is important. There are a ton of ways to learn, with new technologies emerging steadily. I'm not even sure I can define what is meant by the 'eLearning industry' anymore.

Yours - trying not to be too serious on St Paddy's day!

I 100% agree Donald: same old, same old is fine but when it is dressed up as radical and new it actually becomes a blocker. We need a Plan B here!