The problem with Maths is ‘English’ - 'twenty' examples 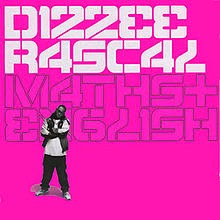 
Appearances are deceptive in maths. For most children it seems like a subject full of traps, deliberately set to fool you. The problems set are often badly worded, convoluted and unrealistic and often not enough variety of problems are used. This is exactly why teachers need professional training, as the effective teaching of maths needs a deep understanding of what has to be learned.
at February 13, 2015

Donald,
I found what you had to say to be very interesting. English is irregular, and that aspect can make the wording of problems very complex and often difficult to wade through. However, the real problem regarding math education in the U.S. doesn’t seem to manifest itself until secondary school – a time when students should have the intricacies of the English language behind math down to automaticity. If this were the case, working memory would not be misallocated dealing with the irregularities and complexity of the English language. Issues within addition, subtraction, multiplication and division are all rooted in the very fundamentals of mathematic function that should require little to no working memory for a 15-year-old student. Via the information available on OECD’s website, it is evident that Asian countries don’t truly begin to dominate the competition until the secondary school level of math education. The U.S. actually ranks respectably in the top 10 in global math scores prior to secondary school education. The Program for International Assessment (PISA) is also somewhat of a corrupt system. Students from the different provinces of China are hand selected to take the test as to guarantee high marks for their region. If the test were administered to all of China, it would be found that they have much deeper problems regarding the gap in education than the U.S. On the other hand, Shanghai (China’s best province) is blowing Massachusetts (the U.S.’s best state) out of the water in math. Scores from Shanghai are on average 100 points better than those from Massachusetts, which means the way we are going about teaching math needs reform. Also in your article is information about Finnish using better prefixes to label certain shapes, well Finland has also been experiencing free fall out of the top 10 in global math scores after coming in at 15th in 2012. I think the problem lies less in the language used to ask the question and more in the specific methods used to explain and teach the basic functions. I think the Common Core standards are actually a step in the write direction as improving math skills in the U.S., but teachers and textbooks are woefully unprepared to accept and integrate this change. I think the learning of basic math facts and functions to automaticity is more important than standardizing, “add, sum, total, etc…” into a single word. If teachers were to receive more professional – outside the classroom – training in math, accept the common core, and are provided with less wordy and more straightforward textbooks, we can expect to see the U.S. return to a respectable ranking globally in math skills.
- CLC_IV