John Gatto: the best teacher in New York who walked out on 'schooling' 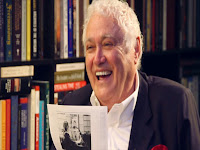 John Taylor Gatto was an award winning teacher who became a fierce critic of contemporary schooling. As New York City ‘Teacher of the Year’ for three consecutive years, he had been a teacher for 30 years, when he suddenly resigned, in 1991, disillusioned with his profession and the education system in the US.
I Quit, I Think
His resignation letter to the Wall Street Journal attacked the curriculum of class and dependency, where children were locked into a pyramidal sorting structure. Confinement, tests, bells, fixed periods, standardization; all forced teachers to play the role of master to the children as disciples. Parents and families, he thought, were deliberately excluded and treated as adverseries, with children robbed of their time and childhood. To be clear, he was a conservative, libertarian who supports home schooling and open source learning, doesn't  believe in state-trained teachers and thinks that the market should be allowed to flourish as the agent of change.
History of US Education
The full title ‘The Underground History of American Education: A Schoolteacher’s Intimate Investigation Into the Problem of Modern Schooling’ is an unflinching history and critique of US schooling. In a somewhat fragmented style, he takes us though the many influences on US education. In particular, however, the Prussian provenance of US schooling is exposed, where the aim was to regiment people into being loyal citizens of the state. Aided by Horace Mann's "Seventh Annual Report" to the Massachusetts State Board of Education in 1843, the Prussian idea of order, a fixed curriculum and certification was firmly established. He fingers James Bryant Conant and Alexander Inglis for imposing the strict subject divisions, age-grading, ranking by constant testing and other subtler strictures. In the late nineteenth and twentieth century the demands for labour encouraged this warehousing into large schools with standardized process and product. The system, he thinks, has become fossilized and unfit for purpose. In his sights are also religion, behaviourism, Taylorism, business, bureaucracies, centralised control, adjunct staff and administrators in schools and many other supposedly false gods. He identifies 22 agencies; Government agencies, special interest groups and the knowledge industry, who control and distort education to their own ends.
An important hteme is the way capitalism demands a malleable workforce.
Critique of schooling
In 'Dumbing Us Down' he sees both teachers and children are infantilized by the rigid structures of schools and schooling, “virtual factories of childishness” where boredom is the norm. Teachers have to teach everything out of context and age segregation is applied in a way that contradicts the normal mix of ages outside of school. School, for Gatto, is a sorting mechanism that creates a culture of acceptance, indifference and emotional dependency. You are taught to accept your place in life, your class and fixed destiny, you have no privacy, no place to hide. By being drilled, you become indifferent to many subjects and mentally depended on teachers. Additionally, the curriculum and rules confuse children, who never really grasp the crazy sequence  of subjects and knowledge, which they learn but quickly forget. Above all, it robs them of their free time. The solution to problems is often more pre-school, more homework, more schooling. The consequence of all this is that children become indifferent to the adult world and its achievements and wonders. Curiosity is crushed, the future ignored and compassion supressed as the weak are preyed upon. No one , he things, escapes from school with their humanity intact, students, teachers or parents.
In an unorthodox fashion, he recommends plenty of solitude for children so that they can learn to live with themselves and conduct internal dialogue and not become addicted to company, the crowd and peer groups, which schools promote. This is far from the current social contructivist orthodoxy.
Recommendations
Education is not the same as schooling, and as a libertarian, he recommends less not more schooling and homeschooling but not in the sense of simply doing that to pass the standardized tests. He wants young people to have more contact with the adult world outside of school, do something they excel at, be challenged, do community work, learn to be autonomous learners, encouraged to use their imagination, problem solve, deal with set-backs. He makes an interesting distinction between communities and networks, which really masquerade as communities.
Criticism
His writing can often seem polemical, even hyperbolic, yet he marshals an astonishing amount of evidence and testimonies for his positions, as well his own considerable, personal experience. Another common criticism is that he he high on criticism, low on solutions. His libertarian alternatives have been attacked as unworkable or worse, putting large numbers of disadvantaged children at further disadvantage. To be fair, a libertarian, by definition, does not posit full and fixed systematic solutions. Nevertheless, in practice, many aspects of learning and education seem to need the organization and structures that Gatto wants to dismantle.
Conclusion
Immersed in teaching and schooling, Gatto’s critiques have more power because of his background as an outstanding teacher in disadvantaged schools. His critique of compulsory schooling is at times convincing, at times a diatribe. In line with Illich, and to a degree with Ken Robinson, he forces teachers, parents and educationalists to face up to some disturbing aspects of schools and schooling. What he perhaps fails to do it solve the problems.
Bibliography
Dumbing Us Down: The Hidden Curriculum of Compulsory Schooling (1992).
The Exhausted School (1993).
A Different Kind of Teacher: Solving the Crisis of American Schooling (2000)
The Underground History of American Education (2001)
'Against School' (2003)


Weapons of Mass Instruction: A Schoolteacher's Journey through the Dark World of Compulsory Schooling (2008)
at August 04, 2015