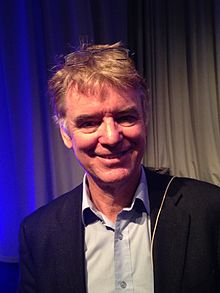 Almost every educational intervention has a positive effect, to a degree, but what matters is to select those evidence-based interventions that work well and can make a real difference. John Hattie set out to examine, over 15 years, a synthesis of 800 meta-analyses of over 50,000 pieces of evidence, categorise, then assess their impact, namely students achievement. If, he thought, we could determine effect sizes of interventions on student achievement, we can recommend good and better teaching practice. The end result was a table of interventions that could be used to guide policy and practice in schools. Hattie sums his central idea of bringing teaching and learning to the surface, through research, as Visible Learning, the title of his first book.
Visible Learning
Visible learning is the idea that teachers and, importantly, students, should make things ‘visible’.  The goal is to enhance the role of teachers through the evaluation of their own teaching. Hattie thinks that Visible Learning and Teaching occurs when teachers see learning through the eyes of students and when students, to a degree, become their own teachers. He is part of that tradition that wants a more evidence-based approach to both the profession and process. All of this is expressed in his three books; Visible Learning, Visible Learning for teachers and Visible Learning into action.


He attempts to identify and rank teaching and learning interventions by impact and abhors the current culture of teaching, as, “We have a profession where everything goes…where we close the door and don’t let anyone discuss what we do behind that door”. He backs this up with evidence about what teachers actually talk about in staff rooms and training sessions. What they talk about, when recorded and measured, are kids, the curriculum and a culture of complaint around the politics of the school. “It’s a profession that doesn’t talk about teaching” he claims. The evidence? When measured, only, “One minute a month they talked about teaching!”
Effect sizes
In Visible Learning Hattie hung his hat on ‘effect size’. Every teacher intervention has an effect but not all effects are equal in terms of impact Some interventions may have small effect sizes but you’ve lost the opportunity cost of applying other more successful interventions. He recommends interventions with an effect size greater than 0.4. These are:

This is a fascinating list and what’s just as interesting are the things Hattie regards as low impact and by this he means wasteful. These lie at the bottom and include many of the sacred cows Hattie sees as distractions in the education debate; school leaders, class sizes, homework (in primary schools), extra-curricular activities, gender, ability grouping, open learning spaces. summer holidays, welfare policies and television.
Teacher training
He is highly critical of teacher training, claiming that it is gets bogged down in largely irrelevant debates and is largely led by opinion, not research. This is important, as he sees a renewed focus on teacher practice as the best way to improve student attainment. It’s not that teachers need more time, they need to do things differently. In short, he thinks that teacher training and CPD debate is upside down, with its focus on things at the bottom of his table, that have relatively small effects, especially structural issues in schools. He wants teachers to change in response to what has been shown to work best. He is highly critical of allowing teachers to be largely ‘autonomous’, closing the door on their classrooms, often trying out untested and personal ‘bandwagon’ techniques. His recommends far more collaboration and sharing.
Criticism
Black and Wiliam criticized the work for failing to recognize that effect size is influenced by the range of achievement in the population. He has also been widely criticised or presenting probabilities as being negative, a mathematical impossibility. Hattie defends his use of the first but admits he made an error in the calculation of the second. Hattie also excluded student background and social context from his research, yet many assert that these trump many of the effects Hattie puts forward as good interventions. On the whole the criticism centres around the idea that the issues are more complex than Hattie asserts and that effect sizes are not nearly enough, in terms of evidence, to lead to the sort of policy decisions that are put forward on the basis of this one book. There is another issue around the sensitivity to instruction. None of the meta-analyses control for the effects of differences in the sensitivity to instruction of the different outcome measures. It has long been known that this is a significant effect, and that it is difficult to assess.
Conclusion
Hattie attempts to raise the bar for the teaching profession in seeing teaching practice as something that needs to be informed by research and evidence. His point is that continuous improvement must be sought, based on what we can show works, rather than autonomy, traditional or existing practice. We can criticise his effect sizes and data, but the recommended principle is sound and remains intact.
Bibliography
Hattie, John A. (2008). Visible Learning: A Synthesis of Over 800 Meta-Analyses Relating to Achievement.
Hattie, John A. (2011). Visible Learning for Teachers: Maximizing Impact on Learning.
Hattie, John A. (2011). Visible Learning for Teachers: Maximizing Impact on Learning.