25 amazing uses of VR in healthcare

VR is a medium not a gadget and healthcare applications are starting to emerge. I have seen the powerful effects VR has had on hundreds of people of all ages and cultures, as I’ve demonstrated the kit across continents (Europe, North America & Africa), with people from a range of cultures and a massive range of ages - everyone from 7 to 90+. The thing that excited me the most in these encounters, was not the adrenalin rush of the rollercoaster rides, bungee jumps and horror games but the application of VR in three areas in healthcare:
1. Therapeutic VRT (Virtual Reality Therapy)
2. Education VRE (Virtual Reality Education)
3. Job aids VRJA (Virtual Reality Job Aids)
VRT (Virtual Reality Therapy)
VRT (Virtual Reality Therapy) takes the unique affordances of VR and applies them to both physical and psychiatric problems. As you can place the patient in any constructed or represented world, and they really do feel as if they are in that world, you can do things with the mind that are literally mind-blowing. There are already projects looking at a range of disorders such as depression, dementia, PTSD, phobias, ADHT and autism. Physically, VR also gives you the ability to create environments where you can enable rehabilitation through exercise and prescribed movement, such as stroke rehabilitation and enhanced experienced for the physically disabled. We are only just starting to see the possibilities of VR in the treatment of a range of therapeutic areas.
1. Depression 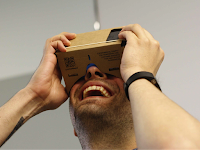 Take a look at any number of videos and you will see that VR is an immediate mood enhancer. Changes in consciousness and mood go from zero to sixty in seconds. As the emotional impact is instantaneous and powerful, negative emotions can be halted. As a way of changing consciousness, without pharmaceutical intervention, it has promise. Controlled interventions, along the lines of CBT therapy may also be possible.
2. PTSD 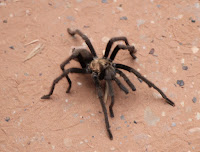 With fear of flying (Aerophobia) the whole flying experience can be realistically simulated, with the passenger sitting in the seat of what feels to them like a real aircraft, with the real sounds of engines on take-off, all at low cost. Arachnaphobia? Claustrophobia? Agoraphobia can be dealt with by allowing the sufferer to gradually experience outside and social environments. Almost all other types of fears and phobias can be dealt with by creating a safe exposure environment. I'm also curious about its possibibilities in the prevention of smoking, through hypnotherapy at a distance.
4. Stroke therapy

VR has been used to increase arm strength in stroke victims, where repeated exercise using VR games replaced, sometimes tedious, repetitive exercises. The idea is to retrain the brain to adopt new motor skills to handle the damage that the stroke caused. There are huge possibilities in rehabilitation therapy, not only for strokes but other forms of bran and physical damage.
5. Amputations 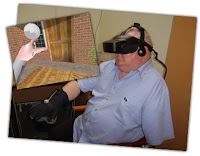 Patients with recent amputations can reduce phantom limb pain or acclimatise through phantom limb treatment (you see the phantom limb) to cope with their new body shape and adjust their own body models. Viennese researchers are also using VR to train people with their new prosthetics.
6. Real world experiences for physically disabled

When in Kampala, Uganda, I had an experience that opened my eyes up to the possibility of using VR with people who have serious physical disabilities. A lad with cerebral palsy, who couldn’t walk, did a bungee jump, tried a rollercoaster and squealed with delight, just like his friends. Giving the physically disabled, wonderful life experiences that would be difficult in the real world in an interesting avenue.
7. Real world experiences for memory loss

While demonstrating VR in a residential home, with elderly residents, it was interesting to note their reactions, which was to take them, in a sense, back to a time when they had vivid experiences. As a form of therapy for the dullness of aging, it has possibilities. Similarly, with patients who have dementia or Alzheimer’s, where they can experience alternatives to the trapped realities of their conditions.
8. ADHD 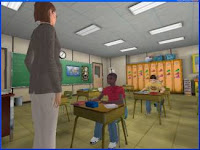 A virtual classroom has been created to track, when and why children with ADHT start to lose attention. In addition to attentional tests, the therapy can be used to increase attentional skills. If we reverse this, classroom behavior techniques can be taught to teachers. Indeed, the ability of VR to hold absolute attention is one of its great advantages.
9. Autism

Northwestern University and Yale (study here) have been looking at the use of VR in autism. Autistic children may find social interaction difficult, as they have trouble reading social cues. Many social and real-world skills could be taught in safe VR environments. It has been found that autistic children take readily to the technology.
10. Back to society
Hospitalised patients, prisoners and many other groups, have a great deal of difficulty adjusting to the real world on release. VR can bridge that transition, prior to release, with structured, real world experiences. Note that this is true of many other transitional experiences - school to university, school to work, refugees in new country, unemployment to work and so on.
VRE (Virtual Reality Education)
VRE (Virtual Reality Education) has potential for everyone from care workers to consultants. I can’t think of a single healthcare professional who doesn’t need to learn practical tasks, quickly and cheaply, with the full measurement of competences. I’ve been involved in one project that is designed to train care workers in residential care homes. Others have been looking at applications across the board, simulating visual disabilities, even the simulation of dementia for healthcare professionals to understand patient perspectives. This flip of perspective, to experience the patients’ conditions is immediately possible.
1. Dementia training

Researchers at Swinburne University in Australia have been experimenting with a Virtual Dementia Simulator, where healthcare professionals can have an approximate experience dementia. This is often simulated by giving cognitive overload, or blurred images. In the care simulator I was involved with, the carer or healthcare professional sees blurred images. You learn to repeat your name as you enter a room. They may have seen you many times but forgotten your name or see you as a blurred image. The Australian researchers have altered reality with blurred images and distorted reality.
2. Care worker training 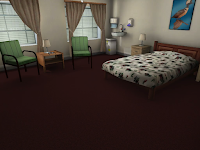 Care workers are often on minimal wages and receive largely inadequate training. They are often ill-equipped to deal with the many problems that age brings. The University for industry commissioned a simulation, based on carer competences that measure what the trainee carer actually does. The idea of learning by ‘doing’ to a set of actual competences could dramatically reduce the cost and at the same time increasing efficacy and performance.
3. Virtual patients

Virtual patients present as avatars in VR. They can have varied genetic backgrounds, symptoms as well as being variable in age, ethnic background and so on. Virtual patients have been around in medical training for some time, this makes them the real 3D deal.
4. Virtual hearing impairment

Some VR systems, such as the Oculus Rift, has  built-in headphones and 3D audio. You can manipulate this audio to reproduce most forms of hearing impairment – taking out frequencies, single ear hearing and so on. Ideal for carers and other professionals when understanding these disabilities.
5. Virtual visual impairment

As VR really does deliver 3D stereoscopic vision, it can deliver a full range of visual disabilities, such as; Macular degeneration, Diabetic retinopathy, Glaucoma, Retinitis pigmentosis and Cataracts. You can experience what it is like to be a patient with these problems, in one eye or both. All of this can be simulated in software. There are even possibilities on improving eyesight.
6. Field training

Military medical training in the field has been using the Oculus Rift to simulate the environment and triage processes of battlefield medical care. With a fully immersive environment, the full world of 3D visuals and 3D sound can be used to create realistic environments.
7. Soft skills training

I designed and built a software simulator for conflict resolution in hospitals, using video branching. This is a still from this programme. VR offers much more realism and sophistication, where incidents, such as drunks at A&E, difficult patients, difficult visitors and so on, can be dealt with through realistic scenarios, ion multiplayer environments.
8. Equipment training

Training on the use of physical medical equipment, such as endoscopes, scanning equipment and any other forms of handheld, medium or large-scale equipment. As the training can include patient avatars and haptic gloves will be available, this type of training will become cheap and scalable.
9. Patient training

It may seem simple, but GPs often miss vital steps when training patients to use inhalers, rendering the treatment useless. Patients with inhalers or self-monitoring equipment can receive consistent and detailed training on the processes, freeing up the time of nurses and doctors.
VRJA (Virtual Reality Job Aids)
Job aids, VRJA (Virtual Reality Job Aids), where your job is enhanced through the use of VR. With the addition of handheld devices, you can do real things at a distance with VR. Facebook bought Oculus Rift for $2.3 billion, not so that there customers could play games (they are not a games company) but to take social media into 3d environments. We can see how telemedicine can come of age with this technology.
1. Patient-clinician

Telemedicine with presentation, investigation, diagnosis and treatment, at a distance, is now made easier by Virtual Reality. VR presence literally means that you feel as though you really are in another place with another person, will allow patient ‘presenting’ and encounters that go beyond flat video, especially when haptic (feel) features emerge.
2. Disaster delivery
Quick medical advice could be given at a distance without flying scarce and expensive medical experts to disaster zones, where it may be impossible to get to anyway.
3. Surgery

Virtual surgery has been performed since 2009 and sophisticated telesurgery is possible, even by satellite on the da Vinci system. VR opens up new and perhaps cheaper opportunities for this type of telemedicine.
4. Design of medical apparatus
The physical ergonomic design of healthcare apparatus, as well as its use can be simulated in VR. The automotive industry is already using VR for car design, so healthcare apparatus is a likely candidate.
5. Architectural design

Hospitals, health centres and buildings in general now need to be designed with various types of impairment in mind. VR is already being used in the design of buildings, using models before the building is built. This can now include walk-troughs with simulated disabilities.
Conclusion
There’s the usual advantages of simulations with VR but it goes a lot further, with 3D stereoscopic vision and 3D audio. We live in a 3D world, our bodies are 3D and our perceptions are 3D, so there’s ever reason to suppose that training, therapy and real world uses are possible and likely  healthcare. In addition, we have a unique combination of presence, really feeling and believing that you are in an alternative place, alongside the emotional impact, ability to move around within spaces, perform tasks, do things at a distance and the simulation of touch and feel (haptics), that will bring on a new age of therapies (VRT), medical education (VRE) and job aids (VRJA).


If you would like to do a project in any of the above areas, please contact me, as we have a wealth of experience in VR applications.
at November 04, 2015

This is very nice and interesting topic very well written and useful to all reader.
VR Development

Thank you for givign me space to express our feeling about you blog. I really want to apreciate you for you for such as knowledge. I also right about Health Tpics for pepole on HealthUpay.Com like Vitamin b12 Sources in Hindi and Aloe Vera Ke Fayde In Hindi. Here people get some knowledge.