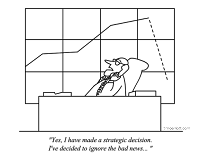 
Henry Ford famously said that if he had gathered data from his customers, they’d have asked for faster horses. Actually, he said no such thing, but what do we care in education, a good quote is good data, and it captures exactly what is happening with data analytics in HE. Data is not the new oil in education. Data is the new slurry. Dead pools of lifeless, inert stuff that ends up in unread and unloved reports. By going for low relevance data, in areas that are less than critical, it’s wilful avoidance of the real issues. It gives the illusion of problem solving and neatly avoids the hard and often detailed decisions that have to be made around cultural and fiscal change.
at June 21, 2016