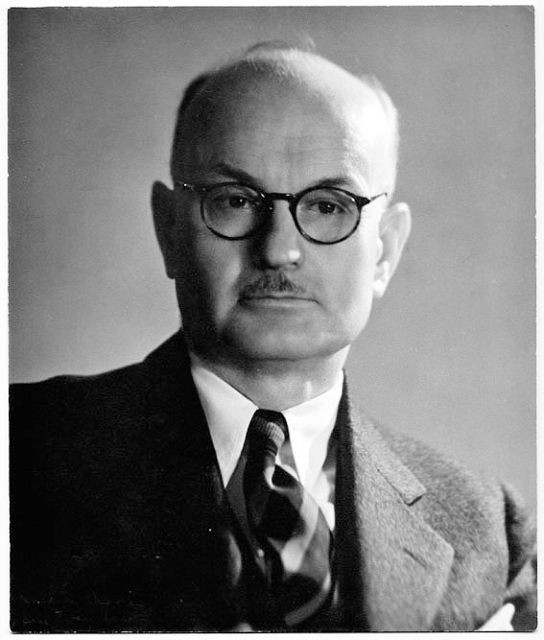 Edward Tolman was a US psychologist who is often seen as a behaviourist, having discovered purposive behaviourism, but had some decidedly cognitive views of psychology. In studying rats he found that some learning seemed to take place without Pavlovian or Skinnerian conditioning and reinforcement. He saw that internal cognitive entities could also play a mediating role in learning. He was more influenced by William James and the gestalt psychologists than other behaviourists, which allowed him to think beyond the strictures of Watson’s behaviourist manifesto, towards wider conceptualisation of psychology and learning. He fought strongly for academic freedom during the McCarthy years.

In a famous experiment Tolman (1930), he took three groups of rats, separately, in the same maze. The first were rewarded for finding their way through to the food. The second group were left to themselves with no reward. The third group were left to themselves for ten days then received reinforcement on the eleventh day. The first group behaved as a behaviourist would predict, they learned to find the food quickly, with few errors. The second group, also predictably, failed to learn or reduce the time taken to find the food. The surprise was the third group, who behaved much like the second group but learned quickly on the eleventh day to find the food, performing as well as the first group.

This third group had been learning all along, mapping out the maze. Tolman called this Latent Learning, a term he borrowed from Blodgett (1929). Learning had taken place without reinforcement. This blew a sizeable hole in the radical behaviourism. Tolman continued to experiment with rats in mazes to show that, even where the mazes were significantly altered, then rats had learned to use their mental maps to navigate efficiently towards the food.

Latent learning was later studies in humans Stephenson (1954), with children who had to locate keys to unlock a box. Among the items containing the key were items that did not contain keys. The children could still remember and find those irrelevant items, despite them not containing the key, showing that latent learning had taken place. This opens up the whole idea of learning without teaching, learning, for example, in the workplace by simply doing.

Latent learning in the workplace

Latent learning has received a revival with the renewed focus on more informal, workplace learning. Most of what we learn, we learn incidentally or unintentionally, by simply doing things. When people are busy working, they learn what is known as ‘on the job’. Marick & Watkins (1990) in Informal and incidental learning in the workplace called this ‘incidental’ learning. Gery (1991) describes it as ‘unintentional’ learning. This is when learning is simply a by-product of actual work activities. Cross (2011) called it informal learning. Far from being totally passive, this latent learning also seems to be driven by curiosity Wang (2021).

Tolman’s cognitive maps are internal, mental representations of external things and environments Cognitive Maps in Rats and Men (1948). This happens incidentally but once known can be used by the learner to achieve specific tasks and goals within a complex map. He showed that we are adaptable in problem solving within cognitive maps, taking shortcuts or different routes.

Although a less well known psychologist from the behaviourist era, his work on latent learning and decision making have had a long lasting influence. Latent learning has been revived in workplace learning. His concept of cognitive maps has also reverberated through cognitive science to this day.

Tolman, E.C. and Honzik, C.H., 1930. Introduction and removal of reward, and maze performance in rats. University of California publications in psychology.

Blodgett, H.C., 1929. The effect of the introduction of reward upon the maze performance of rats. University of California publications in psychology.

Gery, G.J., 1991. Electronic performance support systems: How and why to remake the workplace through the strategic application of technology. Weingarten Publications, Inc.