Swearing at the queen 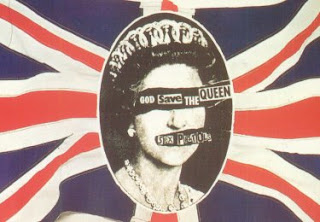 Citizenship ceremonies
Swear allegiance to the Queen! Yet another crazy idea from Government by Lord Goldsmith, Tony Blair lacky and architect of several of Tony’s wackier ideas. He is also the person who stopped the investigation into the BAE-Saudi Arms scandal by ordering the Serious Organised Crime Agency to halt their investigation; patriotic to the point of lunacy.

The idea, and it doesn’t get any more puerile and regressive than this, is that we all swear allegiance to our QUEEN and country. Sorry, but I’d rather swear allegiance to another country than the Queen. I’m fonder of at least twenty other nations and their people than I am of the Queen. The Royal family is a clapped out old roadshow that deserves nothing but contempt. I’m actually ashamed of the whole demeaning ‘Diana as martyr’ phenomenon. I don’t give a damn if Harry was in but I do care about the fact that the BBC put this story above several other major international news stories. Count me out.

I’m a citizen of the World, , and . In other words, my sense of belonging and loyalty exists on a number of levels. At no point in this mix can I be said to be loyal to the Queen. What is clear is that the House of Lords, Home of Lord Goldsmith, needs a clean sweep. It seems to be populated by clerics, ex-ministers and other out-of touch crazies.

I've got to agree that Lord Goldsmith doesn't have the best track record for ideas, but after a bit of research I've actually found that, under the surface of the headlines, there's some ideas I think could work...
I've mentioned them (and quoted your good self) at Making the Pledge, so you might find it interesting...

Donald,
This is totally off the point but relevant to feelings about the monarchy and I find it quite amusing. In the early '80s I was waiting for the John Peel show to start and the 10 o'clock news came on. Princess Di was coming out of hospital with one of her babies attended by others of the family and I flipped and fumed. Who give a toss about them? Chop off their heads. I wish that I never heard about them ever again. There are far more important things in life to think about. I could go on and on but I am sure you get my point. Then dum dum dum dim, dum dum dum dum dim, the show's intro started and John came on and said something like. Hmmm, What you are about to hear is the sound of the Biting Tongues.
http://www.ltmpub.freeserve.co.uk/btonguesbio.html
Well done John I feel much better.
Charles.

Somehow I don't think this is going to go down too well with some people in Northern Ireland either.

somehow I don't think a lot of people in Northern Ireland will be thrilled about this one.

Denial of hereditary supremecy is the right of all enlightened egalitarians.

Swearing allegiance to the queen is a retrograde step in the direction of feudalism.

I'm am both disgusted and appalled by the insidious undertones of "Mr" Goldsmith's proposition.