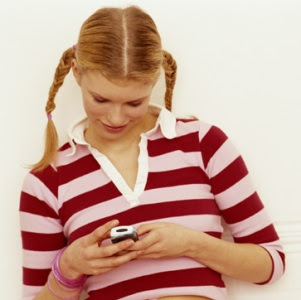 Moral panic
A bijou book by a Professor of Linguistics that takes a serious look at texting in readable prose. He shows that almost everything we think we know about texting is wrong and that the Boomer hacks are little more than ‘angry from Tunbridge Wells’ amateurs. It’s good to see some sound, academic sense in a field that’s dominated by amateur newspaper hacks like John Humphries (in the Daily Mail), John Sutherland (in the Guardian) and Lynn Truss, who see texting as some sort of illegitimate attack on language. Disgruntled Boomers, who know little or nothing about either texting or liguistics love to crow on about how it’s debasing the language and producing generation of illiterate idiots. A widely distributed newspaper story in 2003 stated that a student had written an entire essay in textspeak. Turns out this was made up and the essay has never been found.

But the true worth of the book is in tearing down popular misconceptions. Texting, according to is:

Pictograms and logograms are features of many languages (notably Chinese). Deliberate non-standard spellings are also common, and often included in standard dictionaries. openly admires the novel forms of expression such as a3 (anytime, anywhere, anyplace’) or prw (parents are watching).

Sticklers on punctuation may be surprised to find that apostrophes are often used in used in texting. In fact the apostrophe, along with standardized spelling, is a recent invention in writing. Younger adults are MORE LIKELY to use standard capitalization and punctuation in tests. Women are more enthusiastic testers, write longer messages and use more emoticons/abbreviations.

The final chapter is the most fascinating. Young people are well aware of the difference between texting and schoolwork. Examination experts report that it is not a significant problem d, as we have seen, few actually abbreviate much anyway. All of the reported illiteracy problem predate texting, yet it is a handy scapegoat. Annoyingly, just as complaints about literacy multiply, along comes a technology that has promoted a renaissance in reading and writing, yet it is treated with contempt by the ‘pen and paper’ brigade. Children don’t keep diaries any more – oh yeah! Haven’t you see MySpace, facebook and blogs. They’re obsessed by diary keeping.

Beautiful Donald! I wonder who will not be convinced after reading this article. I agree fun makes learning a cake walk. I really wish people with your kind of understanding created the educational strategies. Even though the Indian educational system is obsolete, I am amazed how my son is excelling and sailing through the tough syllabus so playfully. Imagine what bright kids would achieve if they had an opportunity to learn playfully! Thanks for the post.

Thank you for this.

Texting is a modern phenomana and has been speedy in its spread/uptake. I agree with your sentiments entirely - yet I'm grey haired and involved in Education.

My converstion to the potential for texting and the wider uses of mobile devices came early in 2002, having heard from a (now friend) presenter just how she was enthusing and enabling learners with text. My own experiments all those years ago convinced me wholeheartedly.