Dinosaurs do not give birth to gazelles 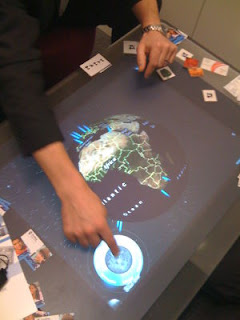 BETT 2009 was weird this year. Confusing and oddly old-fashioned. It was more Flash Gordon than Google. I knew something was wrong when I heard senior government people talk about the next big thing – the Multi Touch Table. I couldn’t get my head around this – tell me again, you sit down at an interactive screen on a table? I’m old enough to remember Star War games on tables in pubs – they died a quick death because games migrated to PCs, consoles and mobiles. So my immediate thought was that this is a stupid,old-fashioned idea, the wrong technology at the wrong time. My first impressions were confirmed. It is horrifically expensive, hyped by Microsoft and hopelessly misguided. 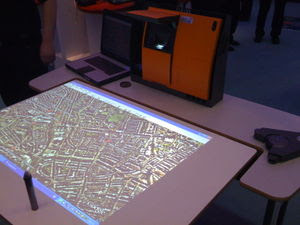 Let’s lay some cards on this table. It’s a means for Microsoft to get into the classroom and ultimately into every school. Since when did Microsoft become the experts in hardware? You don’t look to them for innovation – they’re the ultimate jumpers on bandwagons. It’s simply a way of them getting their feet literally under the table. Remember Bill 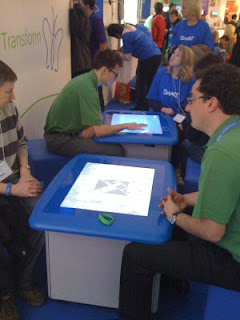 gates saying "The Internet? We are not interested in it." (1993). Dinosaurs do not give birth to gazelles!
Like the Whiteboard fixation, it suits people who only believe that technology should only be used in the classroom. All of the Interactive Multi-touch Tables I saw (RM. SMART, VIPRO and Microsoft Surface) were expensive cons. They overhype collaborative learning and at a prohibitive cost. I couldn't even get my legs under one, as it was box-like. Spend your money 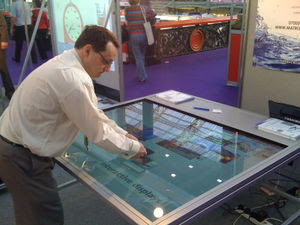 I think a combination of mobile hardware enhancements (through netbooks and mobile phones) along with high adoption of the cloud computing environment could drastically change the way we look at data. This combination would provide consumers with the ability input and access data at anytime, anywhere.

My company, AirSet (www.airset.com) is working on a cloud computing solution for groups and life management. We are constantly looking for complimentary hardware to work with as entry point into this new and exciting market.

Strongly agree with your take on Electronic tables, good grief, anyone seen what happens to school desks ! Look to "android" the operating system designed for phones to impact what most people will have in their pockets 18 months from now.