People are our greatest asset (and liability) 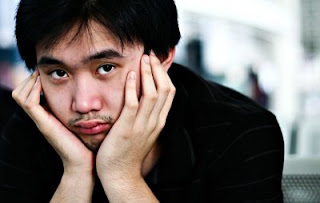 The mantra that keeps HR and learning professionals going, oft repeated at conferences, is that ‘people are our greatest asset’. It’s not that it’s entirely untrue, just simplistic. And defending it often results in a tautologous argument i.e. when you point out that people can be a liability or that people manage other more valuable assets, the response is still ‘that just goes to show that people are always your greatest asset.'

It is not an immutable law, as there are many counterexamples, neither is it particularly useful as a rule of thumb for managers. It’s too all-inclusive. The problem is in the formulation of the statement ‘people are our greatest asset’. There’s a category mistake at the heart of this simple sentence. It’s the mapping of the word ‘people’ to the word ‘asset’. People are both an asset and a liability in an organisation.

Other assets can matter more than people

Assets come in all shapes and sizes. The assets of an organisation may be cash, equities in other companies, intellectual property, brands, land, property, commodities and so on.

Intellectual property right are often an organisations greatest asset. Whether it’s cats’ eyes, a clever piece of engineering, high tech or a beautiful piece of software; patents can be your primary asset. Some organisations quite simply manage a single patent or patents. In many cases the only people gaining are the offspring of the inventor. This would be to equate an accident of birth with talent.

Brands can be more important in the long terms than the current crop of people in an organisation. This is especially true of brands that have been around longer than any current employee. Coca Cola may be a good example. There are plenty of others. The actual ‘asset’ as measured qualitatively or quantitatively may be greater than the intellectual or human capital at that one time in an organisation. Let me give another example. Many major universities have brands that go back hundreds of years. This is their core asset – their history, past reputation and now their current brand capital. A university's students come and go annually, their staffs come and go, it doesn’t own the IP in its research, which is published by publishers in their journals. In short, its people come and go but its brand remains the constant.

Assets such as artefacts in museums, artworks in galleries, land and houses in the National Trust, archaeological sites in English Heritage and so on, may all value their assets as, in both the short and long term as greater than their people. Equipment, real-estate and property can also be classed as tangible balance sheet assets, which in some cases, may be of greater value than a relatively small number of employees.

People can be an organisation’s worst asset

There are organisations where the people are quite simply corrupt. Madoff, along with his fellow cronies and corrupt auditors, managed to siphon off $50 billion from investors. OK that’s too obvious.

There are also organisations where the people are quite simply incompetent. I can think of innumerable private and public organisations that ended up stuffed with people who were just riding out their time to retirement. They were wisely closed down by their investors or politicians. Think of Carter & carter, UK Universities or the NHSU. There are charities where the employees milk most of the cash, leaving little for the cause.

There are organisations where the leadership have become self-serving and destructive. You see this in political parties, where those in power start to become self-righteous, lazy and ineffective. George Bush is an obvious example, but it happens to many elected governments after being too long in office. Family owned businesses often suffer from a sort of in-breeding of behaviour, leading to the downturn and extinction of an organisation. And there’s possibly no better contemporary example than the banks, where overeager leadership training and greed allowed people to destroy the very basis of their trade.

In some organisation, people can become the primary barrier to progress. Imbued with old values, groupthink takes hold, and change becomes difficult, and in some cases impossible. One can encounter this in many private and public organisations. The ‘Yes...but.. .’ culture can be palpable, which is why change management is so difficult.

Organisations where management and union activity destroy the organisation is another species of the self-destructive organisation. In the automotive industry there were plenty of examples in the UK in the seventies, and arguably many now in the US, where both management and employees are poor assets. Excessive wage demands, top-heavy pension agreements and reactive management have led to the near insolvency of General Motors and Chrysler.

People may become a liability because of government legislation which increases the cost of hiring or retaining employees. There are examples of restrictive labour laws that have resulted in overvaluing people as an asset. Punitive penalties can stop employers from hiring the very people the legislation is meant to support.

People are both an asset and liability

Empirically, most boards do not believe this statement. They do believe that people are BOTH AN ASSET AND A LIABILITY. This is the right, and balanced, way to view an organisation. One has to look to the right balance between the two and sometimes get rid of poor performers and develop and hire better people. And don’t come back with ‘this is exactly what I mean by people being your greatest asset’ argument. This is like the Marxist who explains everything in terms of class dialectics, or the religious fundamentalist who explains all in terms of the will of (their particular) religious beliefs. At times they can become a liability, especially when there’s a rapid downturn or radical market change.

Beyond assets and resources

I should add that my own view is the people should not be equated with the word ‘asset’. This is why I dislike the term ‘Human Resources’. I don’t like being seen as an ‘asset’ or ‘resource’. The whole language of dealing with people is an outdated, industrial vocabulary that paints professionals into an uncomfortable corner. Remember how balance sheets work - they are the sum of your liabilities and other assets. You have to report on both, and people can be both an asset and a liability.

The problem with the word ‘asset’ is that it has a technical meaning related to the reporting on balance sheets. For balance sheets to work one must value assets including; liabilities (important), stock, earnings, etc. Then there are current, prepaid and deferred and intangible assets. The area of ‘intangible’ assets is notoriously difficult in terms of assigning value. In some ways this is exactly where things have gone wrong in our system. We have assigned value to things that had no value, or declining value. As we now see, this is a dangerous game.

Accountancy is a sophisticated system, designed to assign true value to an organisation. One could go down the route of assigning real cash value to human asset beyond their salary and other obvious pay and rations categories. This is not easy. In fact, one would have to accept the reporting of people as liabilities as well as assets. Only slaves and footballers can be bought and sold in this fashion. Best avoided!

The other point, of course, is that lots of organisations don't really believe people are their greatest asset because if they did, they'd treat them better.

I remember interviewing a research analyst once who said that when firms asked his advice about how they could improve their performance, he always said: sack your existing staff, and then recruit the brightest, most brilliant people you can find, and pay them twice as much. This advice was obviously never followed.

Oh, the little platitudes that get trotted out by organisations that want to sound as if they care. But we L&D types know the real deal when we see the extent of the investment they're prepared to make, don't we?

I'd say that people are not an organisations greatest asset or liability. They are the organisation.

'People are our most valuable asset'

The response was immediate

On the whole, city analysts are quantitative people (they are highly analytic. However, after years of dealing with fund managers, they were, largely, sensitive to 'people' issues. They understood the balance that was necessary between the need for new blood, skills and leadership VERSUS people who were trapped, weak or mismatched to the needs of the organisation. They do see people as an asset in terms of being both lifeblood and liability.

Re 'Sell them'. The only people you can sell are slaves and footballers. That's what happens when you treat people like assets.

As I said in my keynote at Online Educa, "Employees are not an organisation's greatest asset, they are much more important than that!"

It's demeaning to be called an asset and, in accountancy terms, a nonsense unless you deal in slaves or football players.

I am willing (though perplexed) to be labeled an asset or a liability in the eyes of an accountant. Ledgers are highly structured, tightly defined entities (I think). But in the eyes of a HR professional, I would like to be labeled with a term that reflects the context in which I operate. Organizations, like cities and governments, are also social structures; they do not exist without their employers and in fact exist because of employers and customers and the public. Asset/liability doesn't begin to cover that kind of essential relationship. I'm not asking accountants to recognize the social constructs of organizations, but, sheesh, this is the territory that HR professionals stake out for themselves.

And by the way, the emerging term, at least on this side of the Atlantic, "Talent Management" doesn't cut it either. We can't even manage information; it is a little arrogant to suggest that we can manage talent.

I agree. In using the mantra 'People are our greatest asset' HR steps into audited territory, which is an uncomfortable place to be, unless you're convincing on the real value (HR is generally stuck with outmoded Kirkpatrick evaluation in learning).

If it's the social side of the organisation then the mantra uses the wrong language (asset).

Here's how you can find out whom the organization values, whether it calls them executives, associates, or hobbits:

That's roughly in order of importance.

People aren't your greatest asset people are your business.
without happy contented safe people you have no business

Come on Michael - reinforcing a platitude with another platitude is hardly worth the bother. Having happy, contented people is not the same as stating they're your greatest asset.

I am Prof. Shripada Patil. Am pursuing Ph.D on the topic "Human Resource Accounting"

I would like to know the technical details as to why human resource cannot be considered as Assets. May that be ownership, transferability, etc. And how these problems can be sorted to fit HR in the definition of asset.

Shripada
Technically no employer 'owns' people. Slavery was abolished some time ago. So I assume you're talking about change or transfer of the ownership of an organisation or company. Quite simply contracts of employment, not people, are transferred.