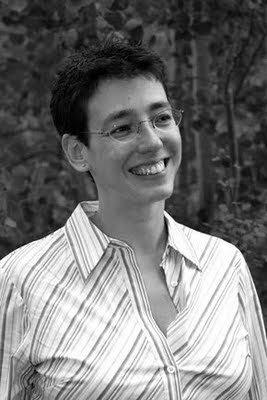 Has diversity training become and end in itself rather than a means to an end? The vast amount of time and money spent on diversity training, when evaluated, is found wanting, mostly ineffective, even counter-productive. With evidence from large scale studies, from Kochan, Dobbin and now Kalev, you'd have thought that the message would have got through. The sad truth is that few on either the supply or demand side, give a damn about whether it works or not. It's become an article of faith.

I've blogged about this before, giving both an example of a diversity course I've experienced and a major study from Professor Frank Dobbin at Harvard, to show that diversity training is mostly a sham, a view, I should add, that is shared by the majority of people I've spoken to on the issue.

Most diversity training is not evaluated at all or languishes in the Level 1, la la land of ‘happy sheets’. So check out Alexandra Kalev’s study from the University of Arizona. 31 years of data from 830 companies – how’s that for a Level 4 evaluative study! Her latest study found, after the delivery of diversity training, a 7.5% DROP in women managers, 10% DROP in black women managers and a 12% DROP in black men in senior management positions. There were similar DROPS among Latinos and Asians.

The strength of this study comes from the quantity and integrity of the data. It relies on compulsory federal EEOC (Equal Employment Opportunity Commission) filings on the number of women and people of colour in management, along with details of diversity training programmes.

The bottom line is that the vast majority of diversity courses are useless, especially when driven by HRs perception of avoiding prosecution. The problem centres around courses run in response to legislative and external pressures. Kalev found that , "Most employers….force their managers and workers to go through training, and this is the least effective option in terms of increasing diversity. . . . Forcing people to go through training creates a backlash against diversity." One of the problems, that both Kalev and Dobbin found, was the focus on ‘sensitivity training’ where people are often forced to focus on interpersonal conflict. These were the training courses that produced a backlash, as they were intrinsically accusatory.

Diversity courses are “more symbolic than substantive," says University of California LAW Professor, Lauren Edelman, She independently reviewed Kalev's study and concluded that the problem was training in "response to the general legal environment and the fact that organizations copy one another."

One bright spot was the finding that some diversity initiatives, namely those that were voluntary and aligned with business goals, were successful. This is similar to Professor Frank Dobbin’s study at Harvard, who showed, in his massive study that ‘training’ was not the answer, and that other management interventions were much better, such as mentoring.

Thomas Kochan, Professor of management at MIT’s Sloan School of Management’s five year study had previously come to the same conclusions, "The diversity industry is built on sand," he concluded. "The business case rhetoric for diversity is simply naive and overdone. There are no strong positive or negative effects of gender or racial diversity on business performance." The problem, according to Kochan, is the bogus claim that diversity leads to increased productivity. This is simply unproven as there is little or no hard data on the subject. Kochan found that none of the companies he contacted for his study had carried out any systematic evaluation of diversity training. Evidence around productivity is mostly anecdotal and repeated as a mantra by interested parties.

Companies, worldwide spend many hundreds of millions of dollars each year on diversity training. The tragic truth is that most of this is wasted. Groupthink seems to be at the heart of the matter. Groupthink among people who employ and promote people like themselves creates the problem. Groupthink among compliance training companies who simply do what they do without supporting evidence and tout ineffective ‘courses’. Groupthink in HR, who find it easier to just run ‘courses’ rather than tackle real business problems. The whole edifice is a house of cards.

I received an email last year, 'you are the only member of staff who has failed to complete the online equal opportunity training module. It is a requirement for your continued employment that you do so'. The concept was ok I imagine, but the module was mindless and included endless multiple choice questions. I started but failed to finish. My colleagues being smarted than I, just proceeded to the last question, clicked submit, and that was that. I was my refusal to do this which caused me to be constantly harassed. All was finally solved though as the admin assistant from the EO office asked me if she could just click submit on my behalf. Thank god for statistics and 100% completion rates. It was obviously a very successful program!