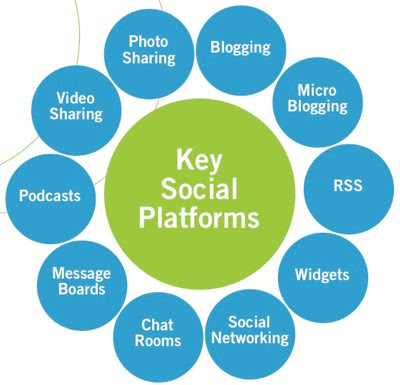 Good stuff - but spot the missing "e" in the following bit:

Studies on note taking (with control groups and reversal of note takers and non note takers to eliminate differences) show overwhelmingly that not taking increases memory/retention.

Thanks for teaching me more about note taking on steroids. I have recently seen the added value doodling brings. It forces your brain to go beyond the notes and adds more retention.

I really related to this post. One of my colleagues still uses short hand to take notes. Because of this she unequivocally provides the best recap of content/events when she’s transcribed details. And I’ve always been a note taker, thinking this a necessary step in order for me to learn and capture key details. Thanks for the insightful post and I’ll now look at note taking with fresh eyes!

I used to fill up journals with notes, sketches, mind maps, and reminders. Most of that has migrated online (although sketching is still not as easy on line as with a pen.)

When people ask where I find time to blog, I explain that I simply use the time I once spent jotting things down in my journals and notebooks. Now that I write in the open, thousands of people read my notes. They give me pointers to new material -- and tell me when they think I've gone off the rails. Note-taking is no longer solitary.

I had an experience similar to yours with non-notetakers. Addressing a class of entering MBA students at the University of California Berkeley, I explained the value of note-taking; not a one picked up a pencil. That brings me to a conundrum I've love to see you grapple with in Plan B:

Why are the preponderance of students, workers and citizens so short-sighted? Most people seem happy to sacrifice the long term for the short. Notes? Not today, thank you. It's as if a reward in the future does not warrant investing a tiny bit of effort in the present. I don't get it.

PS I find bookmarks a powerful way to store pointers to information that are in essence mini-notes.

When I encounter a lengthier item I want to retain, I will often copy it to my Learnstream.

Realtime mind mapping is getting easier with the latest iPad apps.

Rest assured Donald that some of us still take notes. I found the sessions invaluable and couldn't contemplate walking away from them relying on my memory or the speed of my texting to nudge my aging brain into action at a later date.

Sorry for an unrelated comment, but I couldn't find any contact info on the blog, and I wanted to ask you about a possible guest post. Please drop me an e-mail!

Dead right. I was listening to the material world broadcast about the digitisation of Darwin's annotations of the books he owned. These not only give us a valuable insight into his ideas, but perhaps indicate that this way of working was key to his own way of thinking. Darwin's notes are here:
http://darwin.amnh.org/ and my own thoughts on this topic are here: http://blogs.rsc-wales.ac.uk/blog/2011/06/24/are-you-taking-notes/

Is it OK to use a pencil tp make the notes?!

Donald
I really like the idea of using social media for note taking AND sharing thoughts. I might test this on a few of our courses. I will let the students have their own bloggs for note taking and reflective thoughts. This way they can also do exactly what you described about comparing notes from the same learning sessions.

This brings up an issue we see at our medical school and many medical conferences/lectures, where the slides are now readily reproduced such that note-taking on factoids is often decreased. Has this yet been studied?

It's interesting that you find Evernote useful. I tried it for a while and whilst I found it great initially, I soon reverted back to pen and paper.

The ease of opening up a notebook and jotting a few things down hasn't been replicated by computers yet.

this is a good thing because we can see more relevant results from these social media sites, makes things easyer

Thanks for the link on Murdock on Education.

Hi there,
Thank you so much for the post you do and also I like your post, Are you looking for Buy Aldactone online in the whole USA? We are providing Buy Valium 10MG,Buy Norditropin online and Buy BECCA Cosmetics Under Eye Brightening Corrector Online with the well price and our services are very fast.
Click here for MORE DETAILS......