Richard Mayer and Ruth Clark are among the foremost researchers in the empirical testing of media and media mix hypotheses in online learning. Their e-Learning and the Science of Instruction (2003) covers seven design principles; multimedia, contiguity, modality, redundancy, coherence, personalisation, and practice opportunities. Clear explanations are given about the risks of ignoring these principles - with support from worked examples and case study challenges. It should be a compulsory text for online learning designers.

Media mix is not mind rich
Their precise studies have confirmed that our media mix (text, graphics, audio, animation, video) in online learning is often flawed, resulting in cognitive overload and dissonance. Perhaps their greatest contribution has been in identifying redundancy as a serious problem in screen-based learning but they are known for research that produces clear practical recommendations that do not pander to those who think that media rich automatically means mind rich.
Less is more 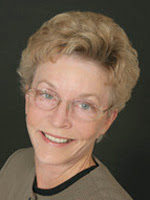 This is brilliant! We are just beginning the online learning journey and these guidelines are terrific. Cheers

Peter Phillips said...
This comment has been removed by the author.
11:05 AM

Excellent overview of some key principles that are so often overlooked or willfully ignored in today's world of sensory overload. Less is indeed more. Keep it simple, stupid!

Their guidleines are good though onscreen agents are rarely used today. They were first mooted about 10 years ago. Perhaps they were also gimmicky - a passing fad?

If I could recommend just one book to any new designer, it would be Clark & Mayer's "eLearning and the Science of Instruction". Great, great stuff.
Jane

Whilst some of Mayer's work is excellent, I don't think it's the be all and end all. I attempted a short critique a while back here - http://scieng-elearning.blogspot.co.uk/2012/02/critiquing-mayers-multimedia-learning.html

We are just beginning the online learning journey and these guidelines are terrific ,

Tanathip Mahatep said...
This comment has been removed by the author.
2:02 PM

VITis a premier Registered Training Organisation.VIT has established a sound reputation both in domestic and overseas markets for delivering quality education since 1998.VIT provides a broad range of accredited vocational education and training programs.

It is very informative, I can read it and I gain more knowledge. Thank you for the great article. I encourage you.

Thanks for the great information, we are waiting for this one. It was useful and easy to understand.
Thank you and good luck บาคาร่า

It is a post with good news and can be published. Read and enjoy and can understand the content posted by the poster.
Thank you and wish you good luck. บาคาร่า

Like the stuff from this blog, it really helped me. สล็อต

It's the post that I have been waiting for. You write a post that impresses me. It's a post that I read and enjoy and enjoy. And have benefits as well Can be published to people who do not know it.
Thank you and good luck lucabet

This is a topic that’s close to my heart… Many thanks!

https://pussy888vip.com/
Thanks for sharing this useful information.