7 ideas on how ‘online technology’ can save the NHS

Spoke at a ‘Future of the NHS’ conference this week with Clare Gerada, Chair of the Council of the Royal College of General Practitioners and Roy Lilley, broadcaster and commentator on the NHS. Both painted a pretty bleak picture of the future of the NHS, as one that will warp, even suffer partial collapse, under the strain of increasing demand. We saw signs of this today in the North Staffs case.

As Roy Lilley so eloquently, and wittily, stated – we’re sleepwalking into a financial disaster. The bottom line, literally, is that age and demand are rising but costs are flat-lining. This will lead to a £20 billion gap in funding by 2015 (not that far off). We have no growth, or real prospect of growth in that timescale, so the government cannot and will not come up with the money. His solution is to use the Tesco model – work out exactly where large centres of excellence should be placed then open up lots of NHS Extra shops to cope with GP demand. I agree with this. We have far too many ‘don’t close our A&E’ protesters when what we need is good data and good planning. I also agree with his observation that the private commissioning argument is a bit of a red herring as it doesn’t really deliver the savings. My own view is that this is not enough, and impractical, as many of the sites are already chosen and tied into PFI agreements. It is far too difficult now, practically and politically, to change the geography of the NHS.
Loud and Clare 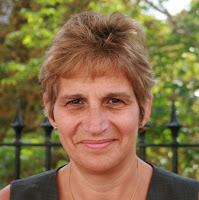 Clare Gerada had to defend her constituency – GPs, but even she says that the abandonment of out of hours work was a mistake. She also hinted at far more use of texting and Skype with patients, which she does in her London practice. However, when questioned by the audience she had to admit that the costs of training a GP (north of £300,000) and replacing early retirement GPs (x2.2 replacement costs) is high. In the end she had no really strong ideas in terms of closing the funding gap.
Anyway, here were my 7 ideas:
1. Massive investment in NHS Direct

Launched as a nationwide telephone service in 2000, then as a website in 2010 and mobile service in 2011, NHS Direct has been a huge success. Sure, it’s a bit shallow and risk averse, but it is well used and well liked by those who use it, funnelling patients away from expensive Ambulance, A&E or GP visits (see graphic). It’s also available 24/7/365 and serves the population well in the face of the collapse of the GP out of hours service.
First, we need to Napsterise or disintermediate patient advice away from expensive hospital and GP surgeries by increasing the marketing, resources for this service provided over the telephone and more importantly, online, where the transaction costs are minimal. Second, we need to make this service deeper and more sophisticated by adding texting, skype, social networking and flagging other online resources for worried inquirers, possible giving the service access to patient records.
2. GPs must communicate with patients using new media
GPs and their practices are still, largely, stuck in the age of paper and telephone communication and even then it’s the patient who has to do all the running. Their lack of awareness and use of texting, email, social media and services such as Skype is astonishing. Email, in particular, needs to n used more,especiallly for permission-granted distribution of results. I'm tired of having to phone up my practice for 'results'. Smarter communication will reduce the number of necessary visits and transaction costs. However, the easier first target is 'so-shows'. In a service that is free at the point of service you either charge or manage this financial leak. Medical professionals are expensive, so no-shows are expensive. We know that the solution is to nudge patients into remembering or feeling obliged to turn up.
3. GP training online
Far too much GP and other health professional training is appalling Foxes Glacier Mints on the table,  flipchart sessions in awful hotels. I know, I’ve attended a few. This has to stop. They’re of poor quality, inconsistent and far too expensive to run. Health professionals need consistent, high quality online training delivered, not locally, but nationwide.
4. GP networks online
Practices need to start by getting their clusters of GPs and health professionals using online networks for personal development and not relying on flipchart sessions for erratic updates. This is the 21st century, and as medicine has a strong scientific base, that makes real practice change on the frontline, there is no excuse for being slow in doing this quickly, and fast means online.
5. Patient online learning
As we are facing a tsunami of problems with obesity, diabetes, mental health and many other conditions, a real effort must be made to use online media to alleviate the pressure. Obesity, especially in the young must be tackled by going where they hang out and that’s on Facebook, Twitter and other social media. Similarly with mental health, where early trials have shown good results for young people through the regular use of texting and other social media. Patients with chronic diseases have already created great networks of mutual support – we must drive harder and faster on this.
6. M-health
Patients must be encouraged to use their mobiles for health. This means exercise checking (apps already exist), self-checking blood pressure, peak flow, heart-rate, glucose etc. It also means behavioural nudges around diet, exercise and self-awareness of medical problems. It is foolish to ignore the one device that is powerful, personal and portable. Smart phones are already packed with sensors such as GPS, accelerators, compasses and so on, it’s only a matter of time before they have cheap and easy to sue medical sensors.
7. Tricorders

My car has over 50m processors, making thousands of decision a second. It knows more about itself than I do about my own body, or my GP. We must get real about data. The X-foundation has offered a$10 million prize, and called it the Tricorder Prize, named after the Star Trek device that was used to scan and diagnose people on the spot. Remember that the Star Trek crew could ask their handheld device any question and it would give them an answer. I never dreamt that that this would happen in my lifetime but it has, with Google. Several companies are working on handheld devices that will read physiological, genetic and body fluid data, with good analytic software that will provide useful and practical advice. Great strides have been made recently with glucometers and other patient devices such as iHealth, which all plug into your iPhone or tablet. This promises to dramatically reduce the cost of tests and diagnosis, as it Napsterises or disintermediates a lot of what is currently done by expensive health professionals.
Conclusion
It’s time for an online revolution in health that Napsterises very expensive services and pushes the load back towards the patients. The current service where you only see your Doctor when something almost catastrophic happens is way past its sell by date. We need to know more about our own bodies and take some responsibility for our own health. Google, Facebook and Amazon know more about me than my GP!
at February 07, 2013

Sounds like a fun event. Lilly is always entertaining (if somewhat annoying and not deep in his conclusions in my humble opinion.) He loves a political stance. I spoke with him at the NCHA conference in Oct.

You are bang on , tech can play a major role. We have remote monitoring of blood pressure, glucose, heart rhythms etc via SMART phones live now in projects we are doing for the NHS. This delivers rapid data to prevent and inform clinicians. You are also right about driving the NHS Direct model further, however I feel you are wrong in this tech approach, the technical architecture that NHS direct has been built on is flawed, unstable and not advanced enough. We need a more intelligent clinical triage intelligence engine in it.

Using online learning and consultations is live and needs investing. Telehealth and telecare is growing and offers huge opportunities.

However these efforts will not solve the problems with the NHS and the population crux we are in. ( A good read is the Kings Fund Futures Report for the scale of the problem and a broader view of potential solutions. )
Whilst I agree tech has a key role to play we need far more than that:

1) full system redesign where we provide support, prevention in community settings, where we monitor and support in the home, where we ensure "length of stays " is appropriate and where people who can be treated out of hospital (the most expensive patient is one in a hospital bed).
2) to redesign the gulfs that exists between secondary, primary, community and other care provision. Integration of our care models is key. The private sector is doing this better than the NHS for the NHS saving tens of thousands of bed days in areas like Southampton and Birmingham.
2) integration. Data that can hold a patient record through secondary, primary, voluntary care. It amazes me that no such thing as a comprehensive patient record exists. Tracking a full patient picture is a just
3) to drive Personalised Medicine. This is linked but goes beyond your last tech idea. It is about real time assessment of and tracking of bio markers to spot problems. This tech is already live with drugs like Herceptin but is becoming far more focused and we now have gene based medicine that is inherently linked to bio marker diagnostics. The UK has one of the lowest prices for medicines in the developed world and its drug bill will drop by 3.8% in the next three years while others increases. we have the highest regulations and hurdles and thus the UK has to accept that our friends in Germany, France, New Zealand, the US get more innovative medicines than we do. The only way the NHS can afford them is for Pharma to embrace and drive personalised medicine so the health economic benefits stack up for the payers

So tech will help but is not the full solution IMHO.

Hi GraemeAgree completely on NHS architecture need - see Facebook reply.
1. Agree - should be accelerated and cost effective through the use of cheap self-monitoring and treatment administration options
2. Agree - this is a mess in the NHS but incredibly difficult, given the current structure and recent fiddling about.
3. Agree - primarily another digital project and one messed up by a bunch of KPMG assholes in iSOFT.
4. Agree - the whole biomarker world needs personalised, self-diagnosis.
Basically, agree with everything you say. My focus was just on savings through 'information and communication' - lots of other things need to be achieved to close the £20 billion gap.
Word is that Virgin are in trouble and may pull out of their contract - any views?