Norman: tech should be 'invisible' in learning 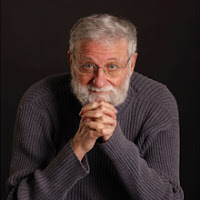 Let's face it we all have problems in using technology and software. My own pet hate is screen projectors, I'm sure you can name a few. This space between humans and technology is messy. Donald Norman’s touchstone for successful technology is that it should be invisible, intuitive and so easy to use that we can focus on the real task. Technology must conform to human needs, not the other way around. We must therefore use ‘user-centred design’ to humanise technology. This is true ergonomically but also true of interfaces which should render technology invisible.
Usability and learning
Usability, or user-centric design, is critical in online learning, as the crippling restraints of working memory mean that any cognitive overload or unnecessary cognitive effort on navigation will, by definition, squeeze out or delay learning. I see this time and time again with confusing menus, icons, whizzy graphics and unnecessary clutter. Distractions destroy attention, so confusion in navigation and usability undercuts learning.
Technology first, invention second, needs last
Although Norman is an academic, he believes that technology drives progress in user interfaces and design, providing lots of incremental changes in functionality and usability. He is no believer in ethnographic oracademic studies that attempt to find out what people do and want. In this sense he is a follower of Brian Arthur and believes that ‘science, engineering and tinkerers’ produce the real progress. Research should focus on user-centred research on actual devices to make improvements, not try to define the future.
The Psychology of Everyday Things
Norman made his name with The Psychology of Everyday Things, where he takes a wry look at product design in everyday objects such as computers, telephones, car windows, dashboards, doors etc. to show good and bad practice. It’s full of examples explaining why people push when they should pull, click the wrong buttons and generally fail to complete the simplest of everyday tasks with physical and online technology.
Don’t keep user in dark
His advice is straightforward and has plenty of relevance in online learning and web design. His first rule is ‘Design for usability’. Usability, or ease of use, is paramount. Don’t make navigation difficult. Make things visible – don’t keep the user in the dark. A good example of how this goes wrong is the poor use of icons in navigation. Programmes sometimes have graphics that look like icons but are not active, merely illustrative. You click on them and nothing happens. Even worse, you may click on an image or icon and something unexpected happens.
Mapping
Mapping is another of his principles in design. To steer a car you turn the wheel to the right to go right and left to go left. This is mapping. Apply this to navigation on the screen. To go forward the arrow should face to the right and left to go back. Pull fingers a[part on touch screens to enlarge, pull together to reduce in size. In general, in navigation, feedback (another Norman design principle) is also important. You need to know when you’ve arrived at a destination.
Use conventions & coherence
In his later works, such as The Invisible Computer he tackles, not objects, but computer interfaces. How do new users understand what to do? First, follow conventional usage, both in the choice of images and the allowable interactions. Convention can constrain creativity, but on the whole, unless we follow the major conventions, we usually fail. Those who violate conventions, even when they are convinced that their new method is superior, are doomed to fail. You cannot successfully introduce a non-qwerty keyboard today, or reverse the window scroll bar convention. For better or for worse, human culture changes slowly, if at all.
Use words to describe the desired action (e.g. ‘click here’ or use labels in front of perceived objects). Words alone cannot solve the problem, for there still must be some way of knowing what action and where it is to be done. This requires a convention of highlighting, or outlining, or depiction of an actionable object. It is also well known that single word labels fail for most people. Thus, road signs often use graphics - an international standard on road sign graphics exists.
Follow a coherent conceptual model so that once part of the interface is learned, the same principles apply to other parts. Coherent conceptual models are valuable and necessary, but there still remains the bootstrapping problem; how does one learn the model in the first place? Use conventions, words, and metaphors to increase invisibility.
3 forms of emotional design
Do screen projectors, alarm-clock radios, lights in hotel rooms annoy the hell out of you? Have you given up trying to programme your household heating system? Norman sees our emotional responses to design in terms of:

Interestingly he thinks Americans value 2 more than 1&3, whereas Europeans, at least the cultural classes, value 1&3. This is fascinating. He claims that different people buy things with different fuel mixtures of the three emotions. Different companies design to different types of emotions. Greta companies deliver all three.
As he explains in Living with Complexity, it is not that technology delivers too much complexity. The fact is, we live in a world of complexity, with complex technologies that do complex things. Live with it – that’s reality. The enemy is not complexity, it is dreadful design. You should not be expected to shake out some salt or pepper on to your hand to determine which cellar contains what. Complexity needs to be tamed, masked or made invisible with good design.
Conclusion
Norman’s books can be a bit trying to read as they jump between different styles and approaches. Nevertheless, they constantly illuminate the design process. A consistent critic of inconsistent and gimmicky web design as well as common mistakes in the design of hardware and interfaces, he was a pioneer in seeing user-centred design as a game changing force, not only in real-world objects, but also on the screen. We are only now starting to see the importance of his advice in online learning and web design with interfaces which are truly invisible in the sense that that they allow learners to learn, avoiding the cognitive effort taken to use a cumbersome interface.
Bibliography
Norman, D. (1986) User Centered System Design
Norman, D. (1988) The Psychology of Everyday Things
Norman, D. (1992) Turn Signals are the Facial Expressions of Automobiles
Norman, D. (1993) Things That Make Us Smart
Norman, D. (1994) Defending human attributes in the age of the machine
Norman, D. (1998) The Invisible Computer
Norman, D. (2004) Emotional Design: Why We Love (or Hate) Everyday Things
Norman, D. (2007) The Design of Future Things
Norman, D. (2004) Living with Complexity
at February 18, 2013